Why modular is best

Modular embroidery systems have been on the market now for well over 15 years and the arguments still carry on after all this time, says Amaya Sales UK’s MD, Peter Wright. “Many of the larger multihead companies do not seem to realise how inefficient their production units are when using fixed 4, 6, 8 and 12-head machines. Yet all they have to do is walk into their production room to see how many embroidery heads are not working.”

He adds that modular systems are still thought of by many embroiderers as single-head machines connected together by a network system – “systems where you have to feed each machine separately with its design and colour change information.” Peter points out that the Melco OS operating software changes all that and turns single-head machines into a very efficient multihead that gives you total control over your orders and production.

“I have been in the industry for over 30 years and to be quite honest some embroidery machines have not changed their basic style in all that time,” says Peter. “Sure, they have been made to look more modern with different colours and plastic trim and so on, but underneath there is not much genuine change. Would you drive a car with old technology? Cars have become much more efficient and cheaper to run and so have some embroidery machines… those that use a modular system.

Julian Wright, the company’s sales director, points out that powerful operating software is the real difference between good and bad modular systems in today’s embroidery industry. “A modular system is made up of individual single-head embroidery machines that are linked to a computer. On some modular systems each design has to be loaded into each machine separately and then the colour changes also have to be set on each machine: all this takes time. The best system is where you can set up the configuration of the machines, immediately download the design to them all instantaneously, together with the colour changes. Also, very important is that the system has constant feedback from the machines so that all operations are monitored,” he explains.

On a modular system all machines are individual, meaning that they each have their own electronic system and motors. This allows them to operate at much higher speeds than fixed head machines whilst still keeping the accuracy of stitch, Peter adds. “The Melco EMT16 runs at speeds of up to 1500 stitches a minute and it also has Acti-Feed automatic tensioning, which takes away all the guesswork when setting up. The latest Melco EMT16 now has a newly developed sewing hook that incorporates the thread trimmer: this gives increased production of around 20 per cent over the already high production of the previous Melco XTS machine.”

According to the old adage, the proof of the pudding is in the eating. Similarly, it could be argued that the proof of Amaya’s statements regarding the Melco modular embroidery machines is in the company’s sales figures. According to Julian, Amaya Sales UK has the figures to back its claims and reports that in the last year it has sold modular systems to some of the largest embroidery manufacturers in the UK. “They (the customers) have proven that our modular machines not only drastically increase their production on the smaller orders but can double production on bulk orders,” says Julian. He reels off quotes from customers that confirm the Melco advantage: “Four Melco Amaya XTS machines replaced two of our 8-head multiheads and did the same production on small runs”; “On a bulk order the four Amaya XTS heads we had purchased embroidered 16.9 garments per hour compared to 15.3 garments on one of our fixed 8-head machines”; “six of our Melco Amaya XTS machines performed the same as two of our 12-head fixed machines.”

“I know that change is not easy, but you owe it to yourself and your company to investigate how you could change over to a modular system. We would be very happy to visit you and discuss how making this change could massively effect your business for the better,” Peter concludes.
To find out more about the advantages of a modular embroidery machine set-up contact Peter or Julian Wright at Amaya sales UK. 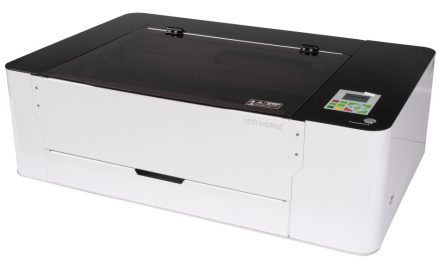 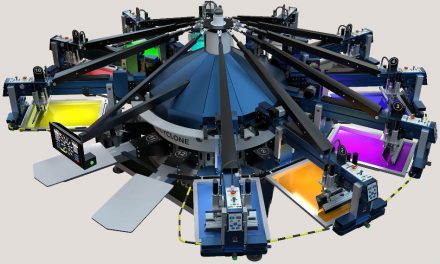 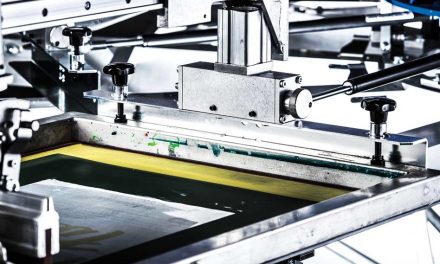