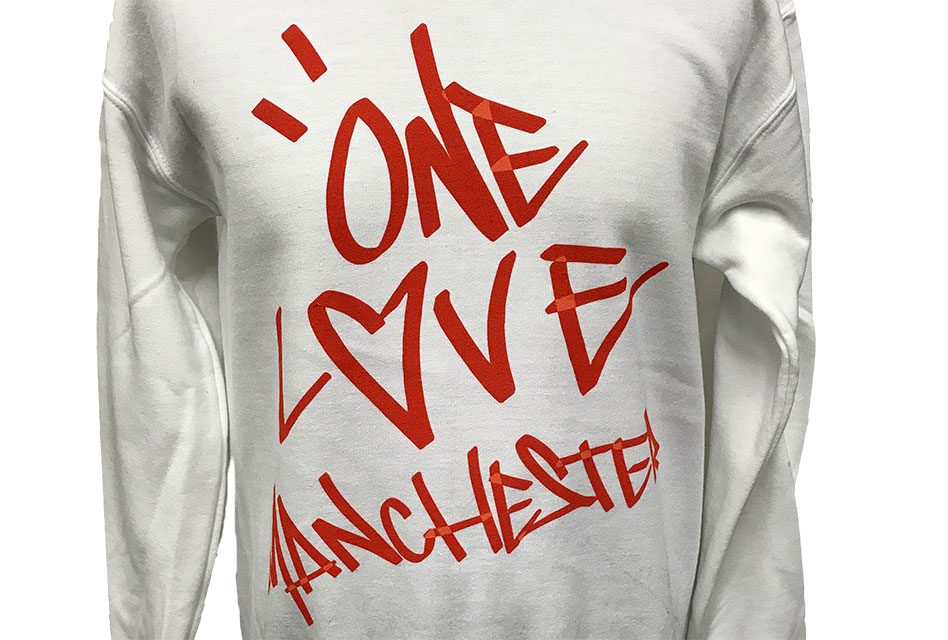 Sunday 4 June, 2017  Three leading UK print shops worked together against the clock to deliver fundraising merchandise for this evening’s One Love Manchester benefit concert, with all profits and sales going to the We Love Manchester emergency fund.

Speaking to Images, Wocco, partner and director at London printers Fresh Air, reported that the whole order was for around 20.000 garments. He comments: “The concept and designs were put together on Thursday evening (1 June) and art and samples were in place the following day. All the production took place on Saturday 3 June and was collected and on its way to Manchester that evening to be on site today.

“There were two other printers involved – Fanela and Advartex. Absolute Apparel and Gildan helped with logistics on stock being in place at short notice, with Bravado International Group handling the whole deal with the promotors,” he added. “We all worked together to make this happen with production required in less than 24 hours.”

The companies are donating all sales and profits to the We Love Manchester emergency fund, which was set up by Manchester City Council in partnership with the British Red Cross, to help victims and the families of those affected by the attack on music fans at the Ariana Grande concert at Manchester Arena on 22 May.

Donate to the We Love Manchester emergency fund 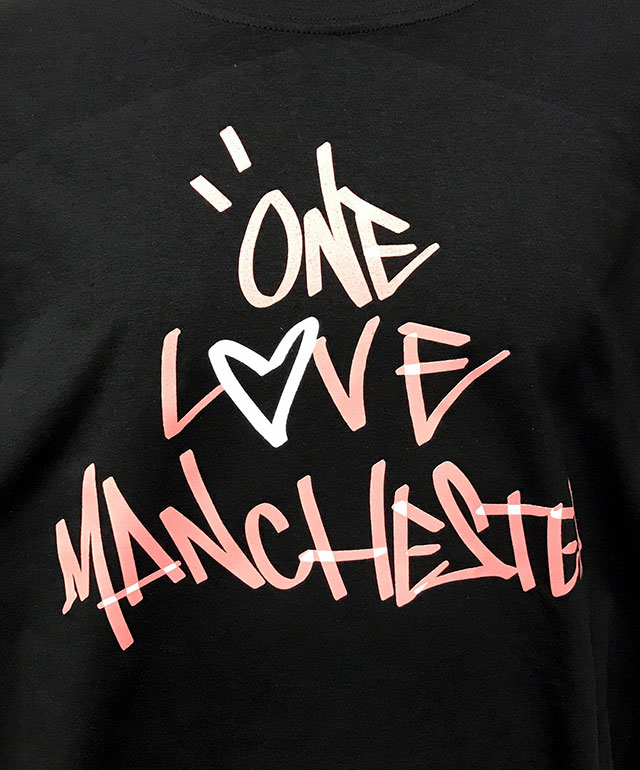 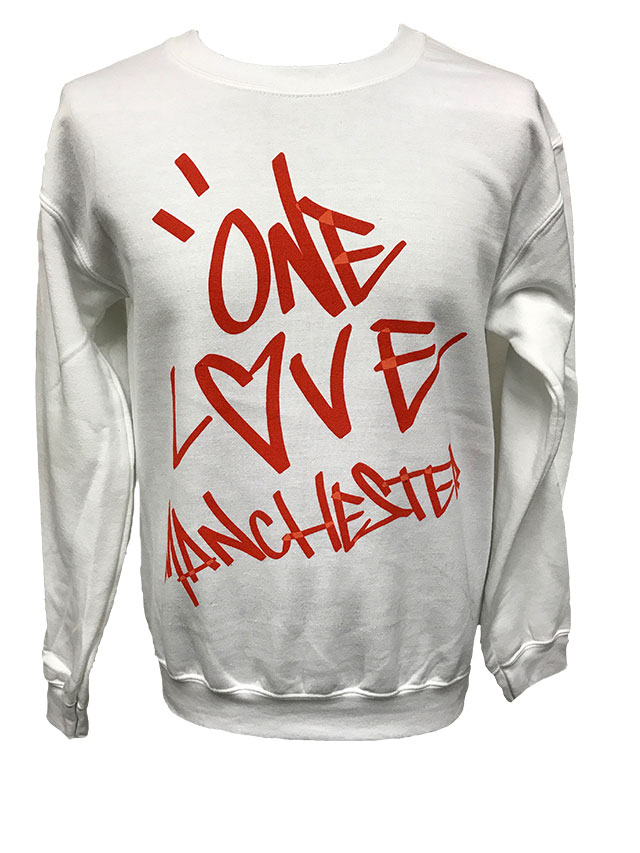 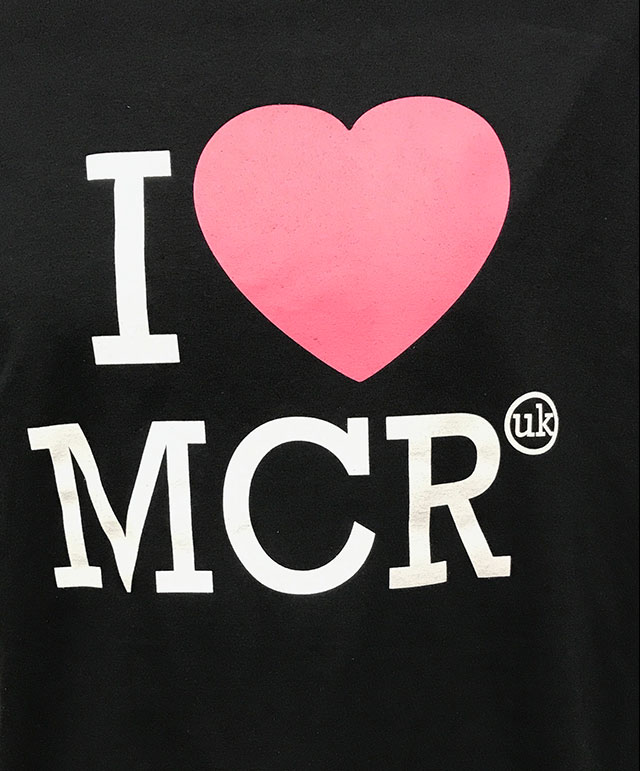 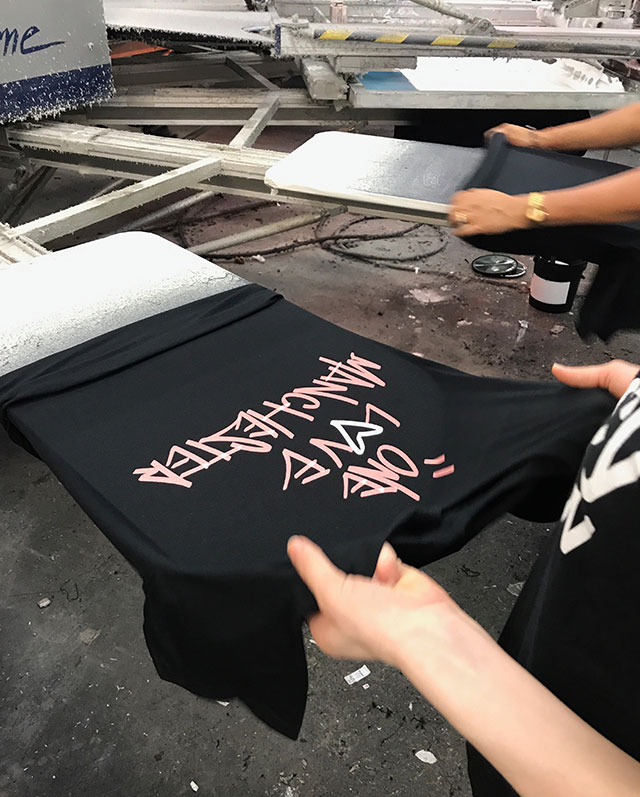 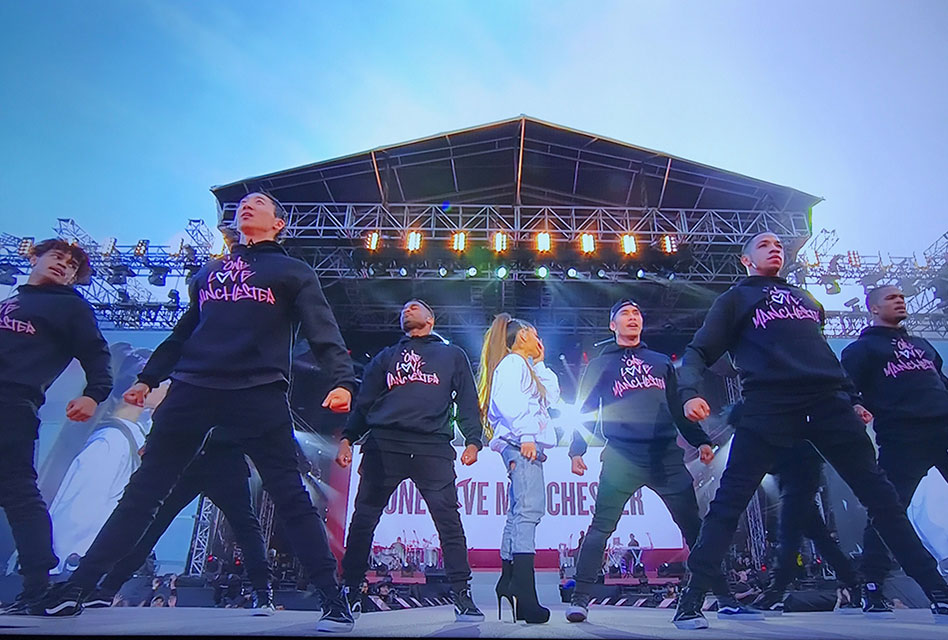 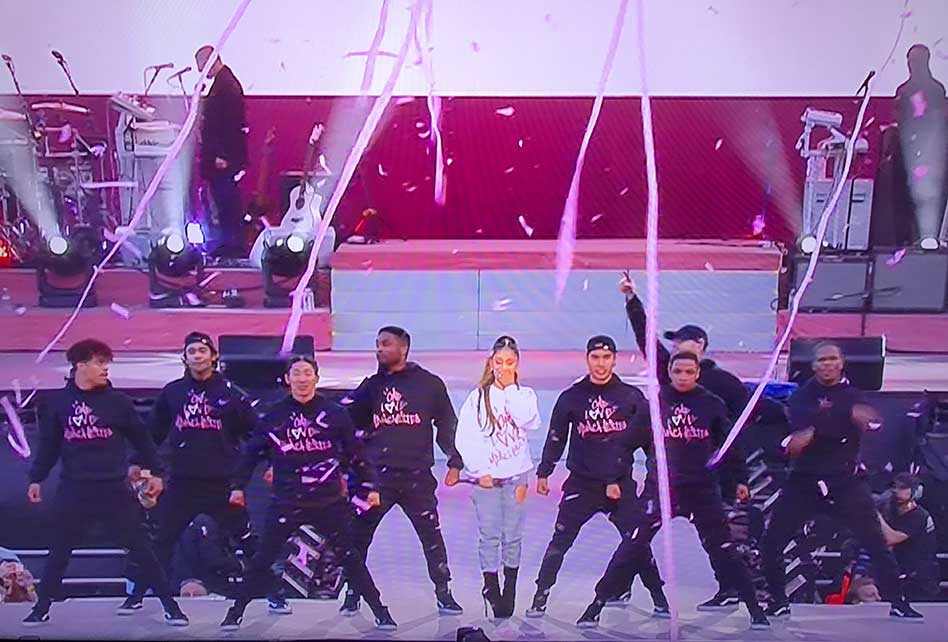 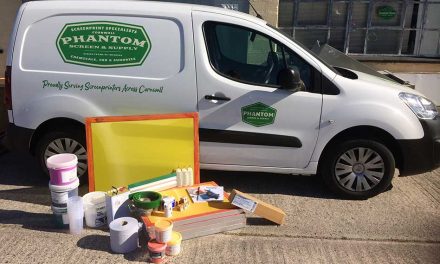 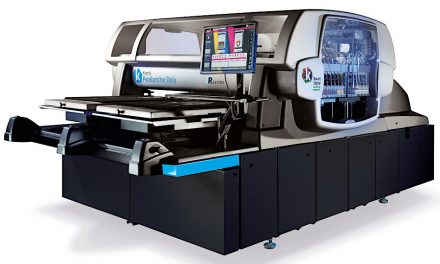 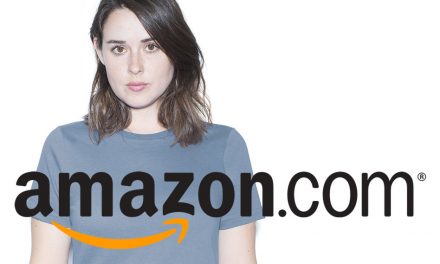 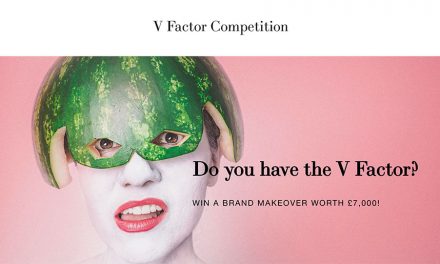