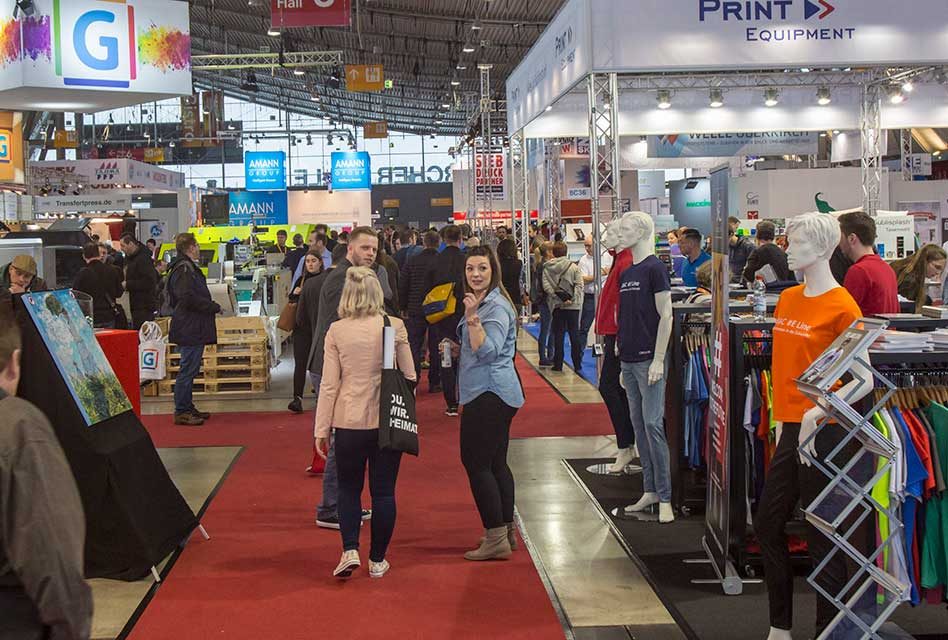 Textile decoration and promotion fair TV TecStyle Visions, which took place in Stuttgart in February 2018, revealed its increasing influence across the European market with the percentage share of visitors who came from outside Germany rising from 15% to 20% compared with the 2016 event. The majority of the overseas visitors were from the UK, Austria, Switzerland, The Netherlands and Belgium.
The show, part of the Expo 4.0 Trade Fair, which celebrated its 10th instalment in 2018, also saw an increase in the number of exhibitors – from 256 in 2016 to 270 this year.
“With the expansion of the textile segment and the participation of almost all renowned international textile manufacturers, TV TecStyle Visions 2018 cemented its position as a leading international trade fair for textile decoration and promotion,” said the organisers. “In terms of the visitors’ main areas of interest, in 2018 transfer printing (49%), embroidery (48%), and “textiles and printing substrates” (42%) were in the lead, followed by textile screen printing and digital textile printing (40% and 38% respectively).”
The organisers also reported the success of the comprehensive events programme at TV TecStyle Visions. The daily fashion shows, technical special show, (which covered screen printing on functional materials), TVP Infopoint ‘fair●eco●bio’, tTV specialist forum and the presentation of the Golden Shirt award all attracted high visitor interest and engagement.
The next Expo 4.0 will take place on 30 January to 1 February 2020 in Stuttgart.
w www.expo-4-0.com 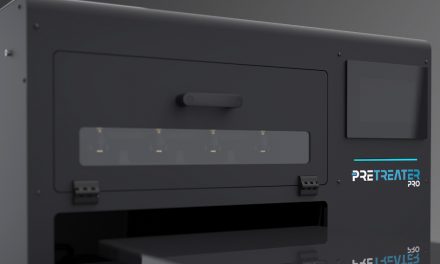 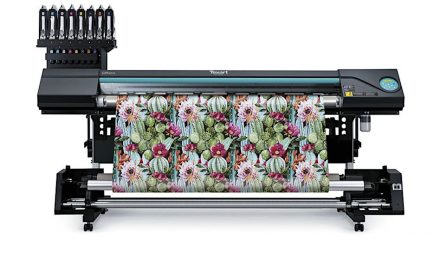 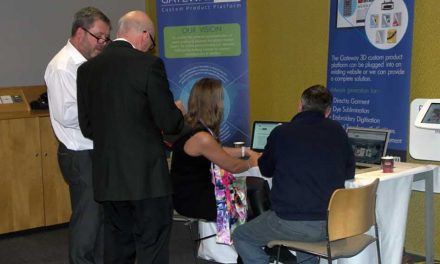 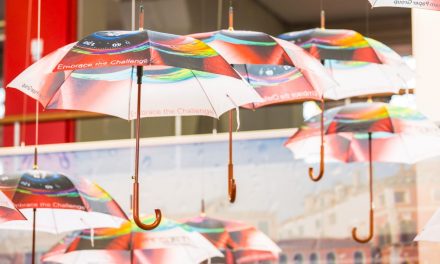 Fespa Digital Textile Conference to be held in Milan