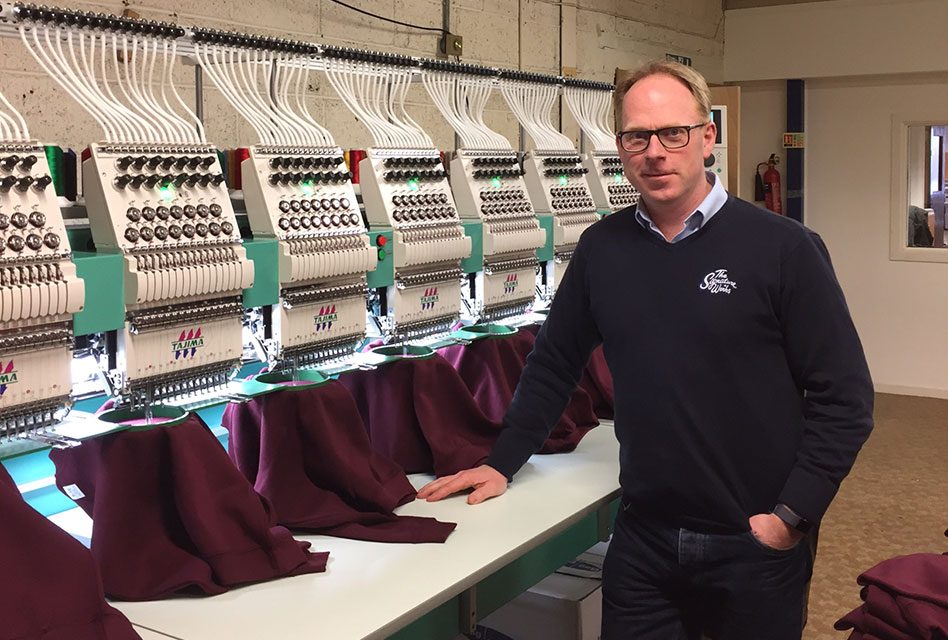 Malcolm with the new Tajima

What embroidery machines do you have?
We predominantly have Tajima. We originally started off with Barudan, and we explored Happy at one stage, but we liked the Tajima machines and quickly built up a good relationship with AJS. We’ve just recently bought the two eight-head Tajimas.

What convinced you to move to Tajima?
The original Barudans were good machines but we didn’t find them as straightforward as the Tajimas, and we just built the relationship up with the guys at AJS. We’ve been using Tajimas for probably about 25 years now.

Which models do you use?
We have 12 machines, ranging from a 15-head, a 12-head to six-, seven- and eight-heads, and a four-head and a single-head.

What are the advantages of the latest models, the eight-heads?
They’re very versatile, very flexible – just very consistent and solid machines. We have very few issues with them: they’re very stable, they give us everything we need.

How long are they running each day?
Generally from 8am-5pm throughout most of the year, five days a week, and then we increase the shift from 8am-9pm through the summer.

What are they like to use, are they easy to learn?
Yes, we have good staff here, they’re well trained. They come in and have a couple of months training on the machine and then they’re dedicated to a machine.

Is there anything you’d like to see in an upgrade?
No, we find them excellent. They’re constantly evolving and making them faster and more robust and more flexible.

What sort of work is it mainly used for?
It varies, but as a company we do small to medium size runs, anything from 10 to 1,000 garments and so the majority would be small runs with a lot of changeovers and so on, so the additional needles on it, the additional colours, and the ease of putting designs in and transferring job to job is really what we need. We’ve moved away from slightly bigger machines to the eight-heads to give us more flexibility in what we’re doing.

What would be your advice to others thinking of buying an embroidery machine?

Just to be prepared to pay a little bit more to get a good quality machine and not to be tempted into going for cheaper options, which can cause more issues, more problems and are less productive. 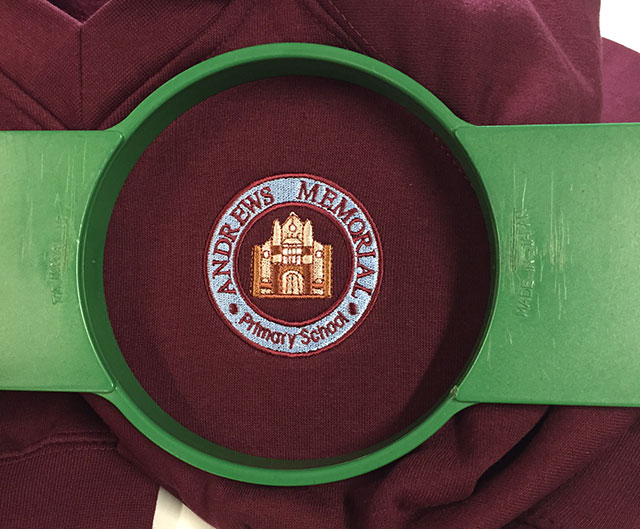 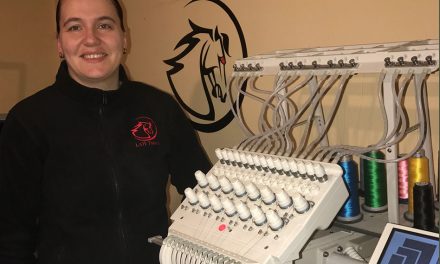 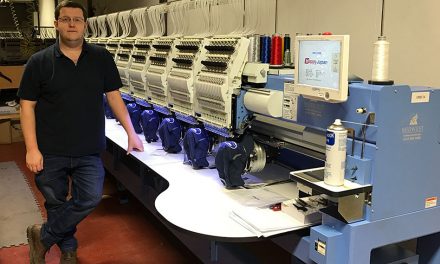 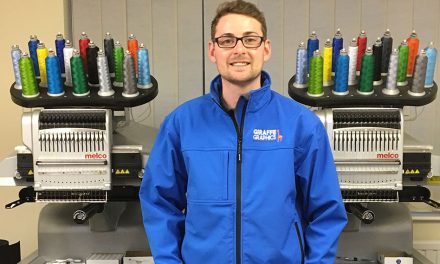 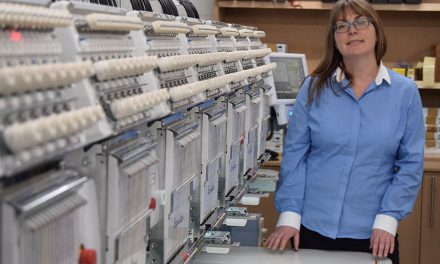