The rise, fall and rise of the oval

Carousels are the default choice of print press for many shops, but could an oval be a better choice your business?

Most print shops these days operate carousels, with oval presses remaining a rarely sighted beast. But go back 25 years or so and it was a different story. In those days, ovals were more commonplace. “Many of us grew up with Precision ovals in the early 90s,” recalls Liam Stubbings, sales and marketing director at Pyramid, agents for Roq.

Ovals fell out of favour around 20 years ago largely due to registration problems, explains John Potter, managing director of MHM Direct GB. He comments: “This issue mainly resulted from the index drive chain becoming stretched over time with continual use. As soon as this happened, the registration locators would start to fight against each other and accurate registration became impossible, resulting in a maintenance and production nightmare. This was an inherent problem with all chain-driven ovals at the time. Various retro-fit kits were available, complex ‘clutch’ systems and mechanisms were developed but none of them really solved the problem and the oval went into virtual extinction. This was the same story all over the world.” John adds that the earlier generation of ovals did not have independent print heads, nor did they have independent speed controls for the squeegee and floodbar, and were subsequently very difficult to operate and very unforgiving. “In comparison, modern oval presses may be used in precisely the same manner as carousels, offering exactly the same individual controls over all the printing parameters.”

Having addressed the registration issues and introduced independent heads and controls, a new generation of modern oval presses is now starting to creep back into the market. Dave Roper of Dave Roper Ltd sold what he believes is still the largest oval in the UK, a 28-colour, 32-palette machine to NJ Screen Prints in Hinckley – “It’s a monster of a machine”. However, in a sign of the times, ovals are no longer just an alternative for those seeking a press with a huge number of print stations – John Potter, for example, has just sold a six-colour oval to OJ Printing in Mid Glamorgan.

M&R’s Stryker, recipient of the 2015 SGIA Product of the Year Award for Automatic Garment Press, is a versatile and affordable automatic oval screen printing press. Since its 10-station base module can be expanded to create a layout tailored to almost any production requirement, screen printers can order based on current needs, secure in the knowledge they can easily expand Stryker when those needs change.

So why are oval presses coming back into favour with UK print shops and why should you be considering one when you come to purchase your next automatic press?

For starters, ovals are modular. “A customer can start off with a six-colour oval and over time, and as work dictates, this can be added to up to an infinite number of colours,” says Liam. “The largest (oval) Roq has in operation globally is a 58-colour machine.”

John adds that the modular design of the MHM iQ Oval is invaluable not only as businesses grow, but also as market conditions, or even ink systems, change.

Ovals are a popular choice for those looking for 12 colours or more with a greater number of stations that allow for intermediate flash curing and curing between colours without a loss of print position, says Mark Smith, sales director of Adelco. “Larger print area machines are also suited to the oval format: 50 x 70 cm print area and larger,” adds Mark. “We make standard print sizes on the oval up to 70 x 100 cm for jumbo prints and all-over garment prints. We have also made special sized ovals with super jumbo-sized prints up to 110 x 120 cm.”

Roq has two ovals in its range: the Oval Pro and the Oval Evolution. The Oval Pro has a standard print size of 600 x 800 mm and will produce at 950 pieces per hour. It offers an infinite number of colours, and features includes individual controls for managing print and flood speed, height and angle, and micro registration; high lift for quick and easy screen cleaning; laser markers for garment positioning; and lifetime registration guarantee.

“The Oval Evolution is the jewel in the Roq crown of products,” says Liam. The maximum print size is 900 x 1250 mm, at a speed of 850 pieces per hour up to an infinite number of colours. It also has the high lift feature, at the push of a button. “This machine is really the ultimate in flexibility and reliability,” says Liam, adding: “And like the Oval Pro, this can be fully combined with the Roq flocking and foiling units.”

The shape of an oval lends itself especially well to shops where there are pillars or posts supporting upper storeys or mezzanine floors. As Dave comments: “The M&R Stryker takes up less floor space than comparable carousel presses and fits into spots no carousel press could. The oval also allows users to print two jobs on one machine at the same time – they’re extremely versatile machines.”

And that’s not all, as John explains: “The ‘high-lift’ print head option on our iQ Oval allows customers to create loading and unloading stations wherever it suits them, meaning they can utilise more than one loader if required – great, for example, when printing large cut pieces such as nightshirts without having to slow the press down or physically alter its configuration.” John adds that the oval‘s ability to print more than one job at the same time greatly increases production output, “especially on smaller multi-colour jobs.” He also suggests that oval presses can have many more colours and stations than carousels without becoming unstable. “This can be particularly useful if a greater number flash cure units and cooling stations is required: simple physics dictates that the greater the number of colours and stations on a carousel the bigger its overall diameter; and due to their design, carousels can become highly unstable at larger diameters.”

“In the iQ Oval Series, MHM has developed a press that can be truly called revolutionary,” says John Potter, managing director of MHM Direct GB. Each pallet arm is driven separately using an on-board motor connected to a track. This makes each arm independent, so it can lock itself under each printing head meaning the iQ Oval will never lose registration.
The press is modular in construction so additional print heads and stations can be added easily in the future: customers may start with a six-colour/10-station press but, if needs be, further stations can be added up to a maximum of 60.
Safety has also been considered, says John, with the iQ Oval’s independent motors stopping instantly if a pallet arm hits something or somebody. “This innovative system can sense the slightest obstruction, completely removing the need for safety rails around the machine.”
According to John, “The iQ Oval has already become the bestselling oval press in the UK with numerous installations over the past 12-15 months.”

With all these advantages, it does seem to beg the question: Why isn’t everyone buying ovals? The simple answer, according to Liam, is the price. “One of the few downsides of an oval is the price,” he comments. “Roq sells approximately five to six ovals per month, as opposed to 40 carousels. Given the sheer size of the larger ovals, the amount of material used is greater (compared with a carousel) and this increases the cost. That said, if the customer’s business is more fashion-oriented, where the need for special effects can add value to the garment, then the extra cost is more than justified.”

Dave has a different view on relative pricing, pointing out that the M&R Stryker’s pricing is comparable to carousel presses of similar colour capacity.

John encourages printers to look beyond any slightly higher upfront cost and to focus instead on the overall costs of ownership over the lifetime of the press: “Carousels are not modular, meaning you have to sell and replace in order to upgrade, which can be more costly over the longer term,” he comments.

Mark believes ovals will only increase in popularity, thanks to a growing demand for both larger print sizes and a higher number of print stations. Liam agrees, in spite of the price differential between the Roq carousels and ovals. He comments: “Given that Roq can guarantee production speeds of up to 450 pieces hours with the flocking and foiling units and 850 pieces per hour with normal printing, and as more fashion-led work comes back to the UK, ovals will start to increase in number.”

John also sees ovals becoming a more common sight in UK print shops… of all sizes. “It is a completely false assumption to believe that ovals are only suitable for larger print shops: ovals start with as little as six colours so they are suitable for shops of all sizes and there is no reason why any printer choosing an automatic press shouldn’t opt for an oval if desired. We see a slow but steady growth in this particular area. Being modular, ovals offer a sensible alternative to carousels with much greater flexibility and growing room. An oval is a better investment over the longer term,” he concludes.

The Ellipse Oval is available in three standard print size formats and can go up 52 stations. Its main features include a chainless pallet drive system for longevity and smooth pallet index; guaranteed lifetime registration thanks to Adelco’s unique lock system on each arm, which disengages the pallet from the drive mechanism to ensure consistent registration; and servo-driven print heads that feature adjustable screen chase, three-way responsive micro-registration, quick-release squeegee/flood blades, front and rear off contact and levelling adjustment; and quick-release high-lift facility for rapid screen cleaning or flash cure docking.

The machine comes with a two-year limited warranty, and Adelco says the heavy-duty construction, with front and rear support for both print head and pallet arms, delivers exceptional print quality. 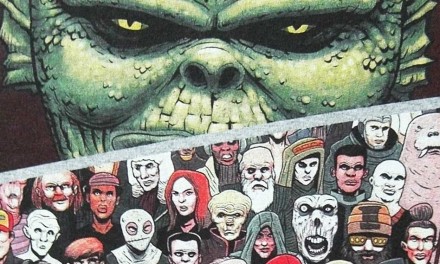 View from the printshop 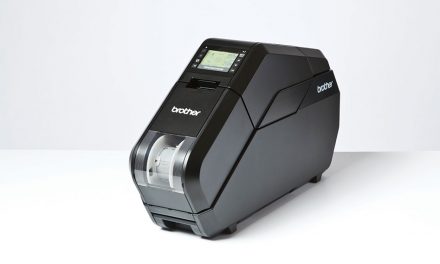 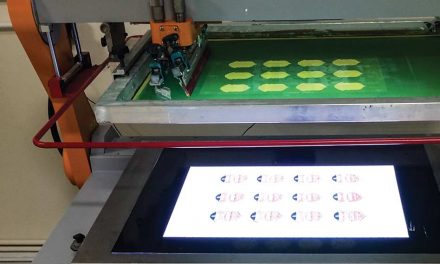 Global Print Solutions: The Nano-Print Plus 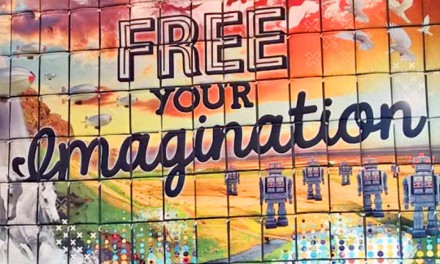