The most popular colours, trending materials and marketing tips every headwear decorator needs to know about this summer 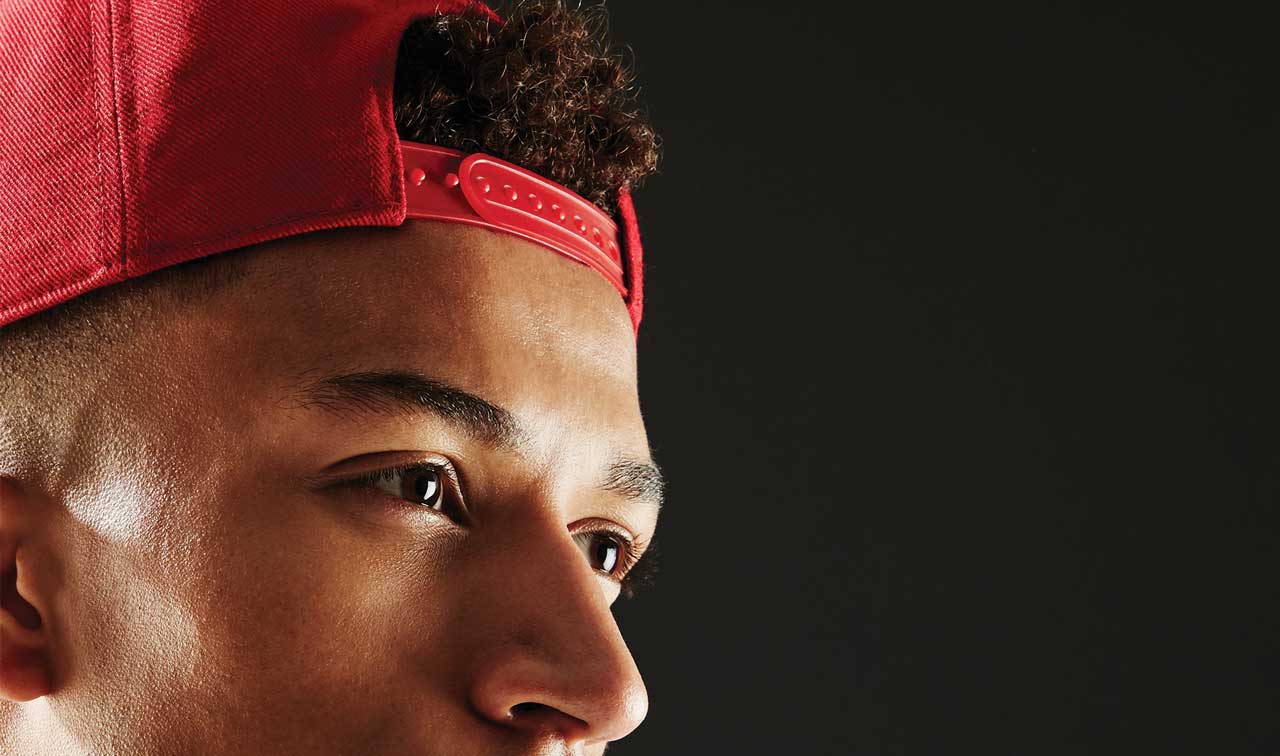 The celebrity influence on retail headwear isn’t trickling down to the imprint market so much as pouring down. The rapid growth of online independent shops has caused brands to increase their offerings from the traditional six-panel cap in black to the bold fabric prints seen on the Graphic range from Beechfield as well as the high-end styling of its premium headwear line, Signature (for a closer look at this new line, click here).

Even caps aimed at the promotional end of the market have been designed with a nod to the New Era-style caps more commonly seen on the heads of Jay Z and 50 Cent. “We are increasingly finding that our customers want to produce a cap to a ‘high end retail standard’,” says Danny Butterfield, sales manager at Sharon Lee. “Whilst it will always be important for some customers to flood an event with a budget cap, we are finding that most of our customers are having success by offering a high quality, well designed, well-made product.”

The Eagle cap from Product Zone is just such a high quality promo hat: great for branding, it has many colours for marketing managers to choose from, says sales manager Clive Helders.

Another popular choice for the promo market is the C6715, a flat peak snapback from Sharon Lee that also straddles the retail market, as Danny explains: “Over the recent years, the flat peak snapback cap has been incredibly popular with young people and those who enjoy urban fashion. This style has been in the promotional industry for a number of years. Sharon Lee sells lots of these caps to both retailers and to customers who want to promote themselves to a fashion-conscious audience.”

For those looking to target the sports market, Just Cool by AWDis advises that the Cool Cap (JC090) is popular with sports and health clubs in the UK. The Sol’s Meteor, a sporty cap made from polyester microfibre that doesn’t wrinkle and has four new neon colours for 2016, is also aimed squarely at this market. Another great cap for sports is Spiro’s lightweight Fold-Up (RC078X), which has a long peak for sunlight deflection, plus mesh side vents, and is pocket-sized when folded, while Glenmuir’s Men’s Berwick and Ladies’ Natalie are two stylish and functional golfing classics that offer protection from the sun as well as being light and breathable. Festival goers are likely to opt for either over-sized, knitted beanies, such as the R370X and R369X from Result, or a bucket hat, such as Result’s RC45X, which continues to be a sought-after style amongst the trendsetters, according to the brand. 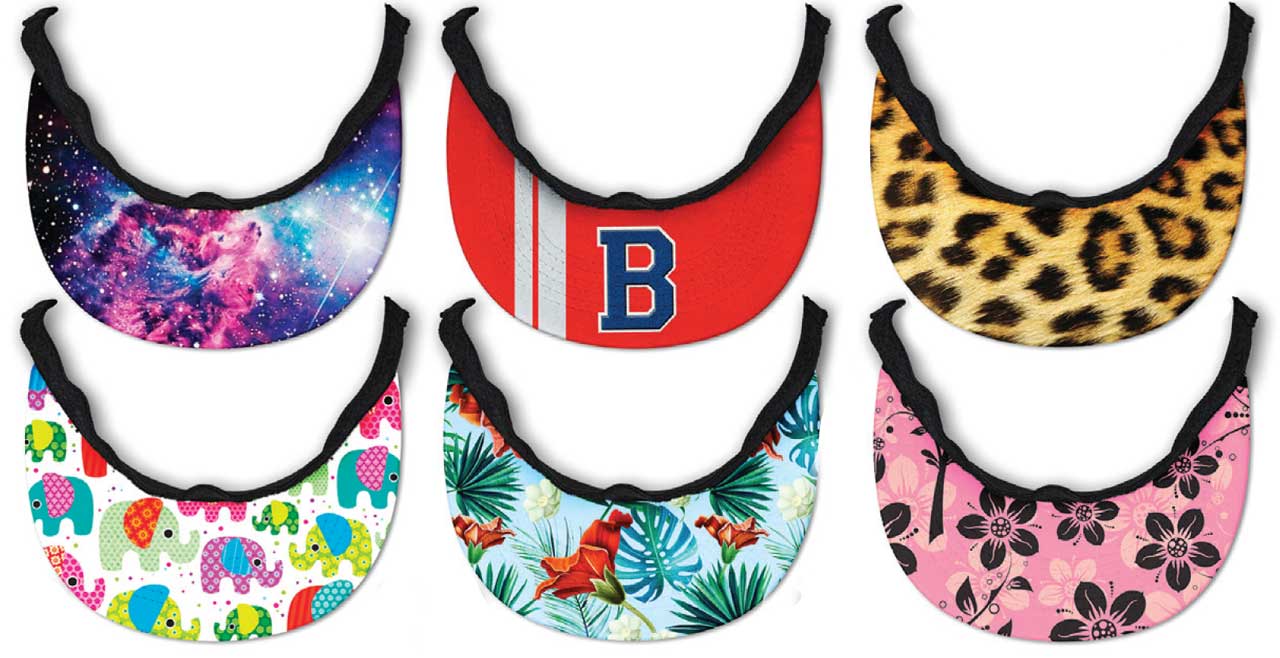 Danny reveals that Sharon Lee has started to sell a lot of scoop back caps in performance polyester through its bespoke sevice: “The cap structure allows it to follow the shape of the head, making the product appear very fitted and sports-like. This cap is incredibly popular for motorsports event merchandising and is used as give-aways to audiences which like a fashion orientated cap.”

According to Clive at Product Zone, the demand at the moment is for brushed cotton, acrylic wool and herringbone, while navy, black, red, olive, cream, camo, grey and white are the trending colours.

Also proving increasingly popular is the Sublimation Peak Snapback (B960), says Beechfield, as customers look to create their own individual styles using packs of six removable peaks (B960P, as shown above). Floral patterns and tropical prints are also dominant trends this year, explains operations manager Matt O’Connor. “Dark florals can already be seen filtering into high-street retail chains as they ready themselves for the summer season. The new Beechfield four-piece Graphic collection, comprised of Snapback and 5-Panel styles in six current patterns, caters for this trend. Retail customers have been relentlessly requesting premium fabrics and we’ve responded by producing a range with styles in a superior wool/elastane mix, providing a closer, more comfortable fit and refined silhouette.”

Over at Sol’s, product manager Hélène Gadenne notes a trend for urban-style caps such as the Sol’s Bull with mesh, adding: “As with the whole Sol’s textile collection, the Sol’s caps are tested before production with specialised decorators for optimal decoration options.”

“We believe that a laminated polyester fabric that offers ease of embellishment will be a trend this year,” says AWDis. “Its lightweight properties make it the material of choice for the majority of headwear products, and especially caps, which still seem to be popular with customers.”

Just Cool by AWDis is predicting that electric colours, such as electric orange and electric yellow, will be a bit hit with younger age groups in 2016, especially during the summer months. Also predicting a sunny time for bright colours is Maurice Morton, sales and marketing director of Dickies, who says: “This year, high visibility colours, such as orange and yellow, are expected to be popular; however, the old favourites in workwear, such as navy blue and black, still achieve the highest volumes.”

As for the decoration itself, Product Zone’s Clive says raised (3D) embroidery is proving very popular, as are appliqué patches. Laser is a top choice for many, reports Danny from Sharon Lee: “Laser-cut panels appear to be fashionable and popular for those wanting something extra on a bespoke cap. The laser process allows specific patterns to be formed within the cap panels.”

David of Result agrees. He advises decorators to, “Listen closely to your clients’ brief and to whom they want to appeal or attract. Recommend a garment that will give the right impression to match or enhance their product or event – it is as important as the budget – and explore new decoration styles, such as thermotransfer motifs or laser etching.” 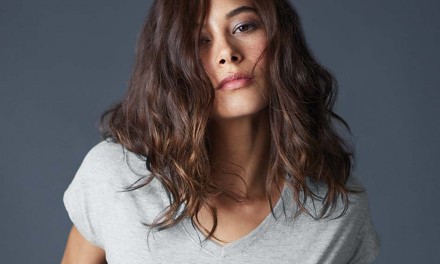 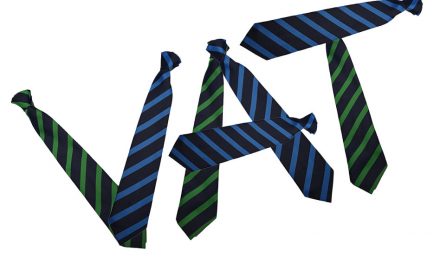 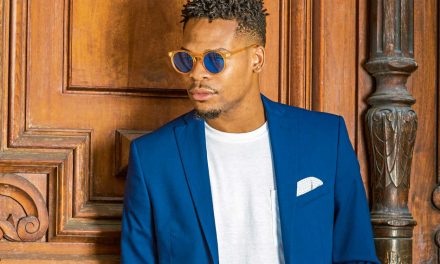 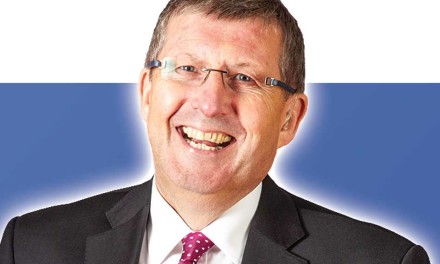