The dawn of the hybrid 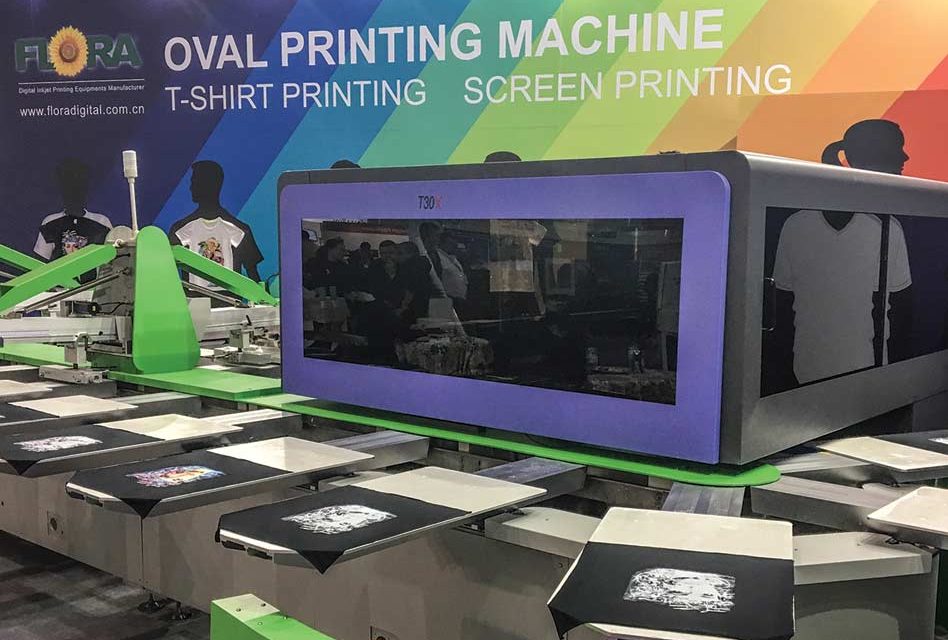 “The industry will look back at 2017 as the emergence of this technology. This is the year of the hybrid,” said Peter Walsh, vice president of sales at M&R. Looking around the halls at Fespa it was clear that this was not hyperbole; Images counted at least six high-volume hybrid DTG and screen systems on display at Fespa 2017.

Visitors to the show in Hamburg in May couldn’t have failed to notice the machines: big, impressive and surrounded by gaggles of people the minute a demonstration began. In Hall A4, the IQ-Digital from MHM dominated the stand. The digital system stretches across both sides of the oval, allowing it to print two garments in one pass with its Ricoh digital print heads. The company says it is capable of printing up to 1080 garments an hour. The machine generated a lot of interest, reported Tony Palmer, technical sales consultant at MHM Direct GB. 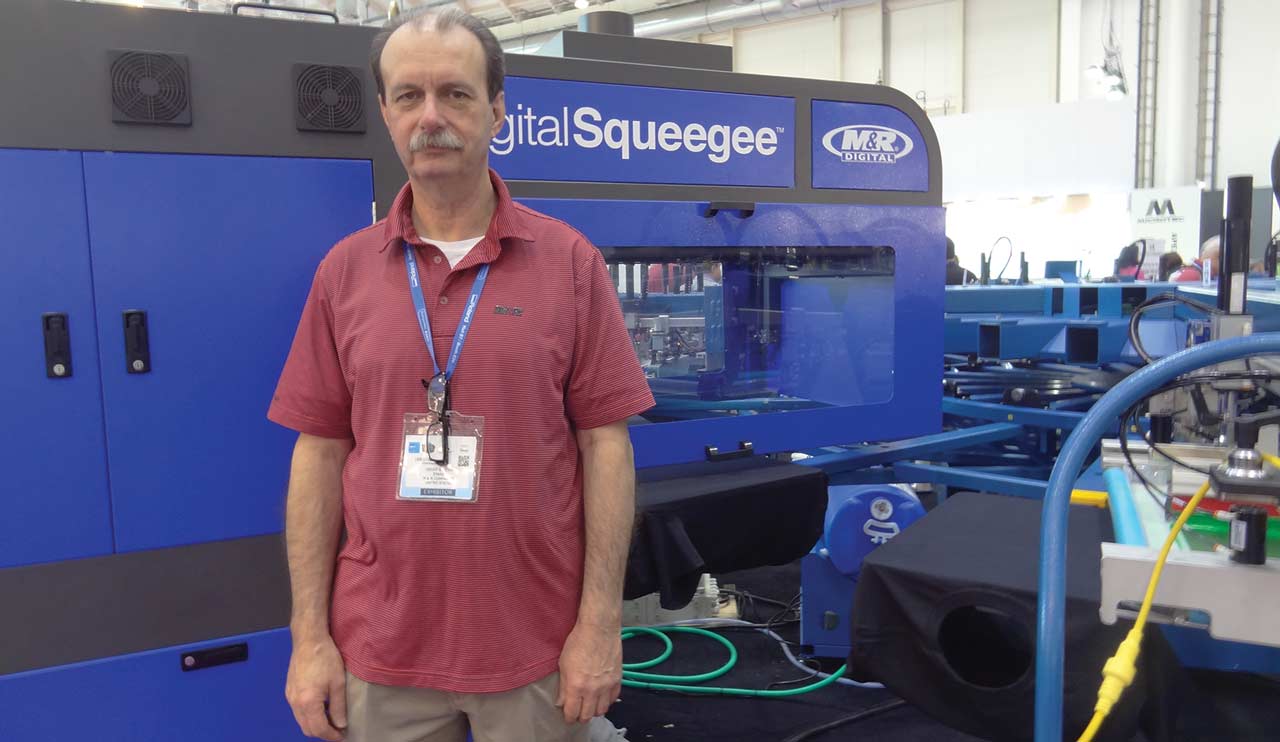 Geoff Baxter with the Digital Squeegee from M&R

M&R had two systems on display: the beta version of the Digital Squeegee, which will be delivered to customers from September; and the lower priced, Chinese-made VictoryOne Digital Printhead set up on the VictoryOne Oval Press. Geoff Baxter, director of M&R’s digital products division, noted that the Digital Squeegee had been producing 560 garments an hour at the show: “The screen printing was taking longer than the digital print. This is the future.” 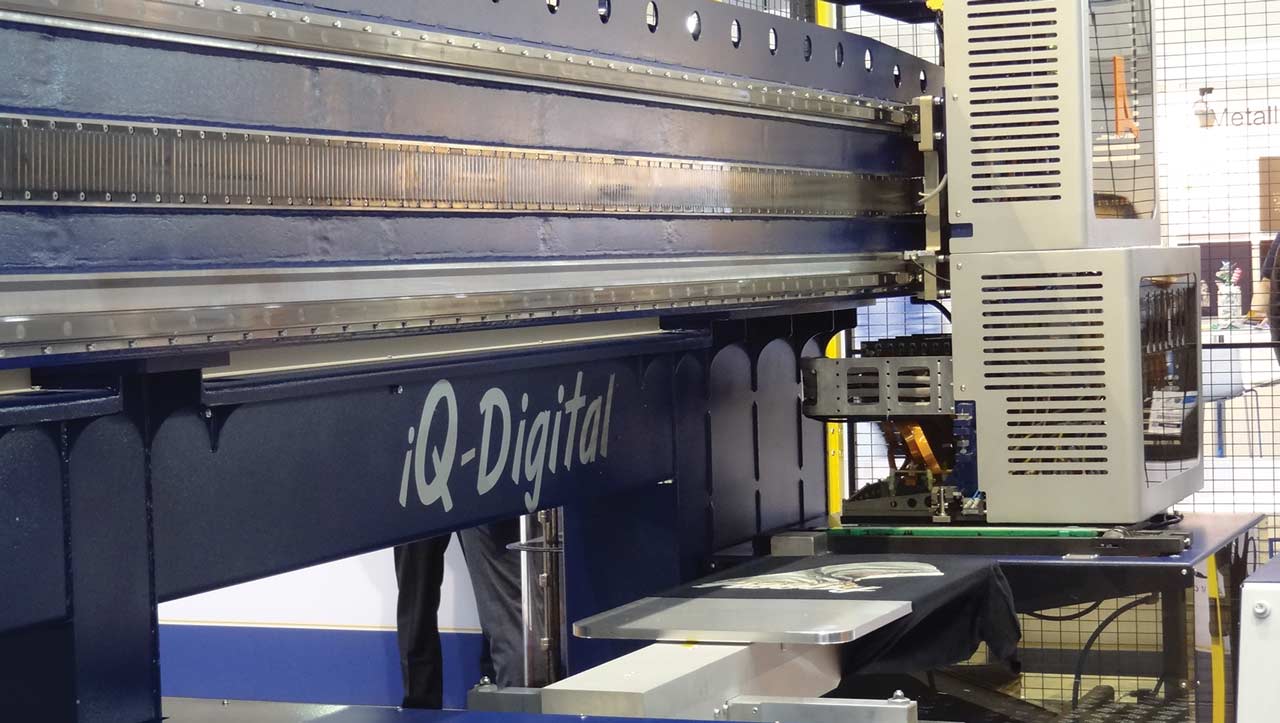 Roq, now being distributed in the UK by i-Sub, also had its new hybrid system on display. The Roq Hybrid uses Fujifilm Dimatix print heads and promises 450 pieces an hour. Chinese company Flora was another manufacturer that was pushing its hybrid technology, while Italian company Tek-Ind demonstrated the Alfa Digital, a four-colour digital printer that can be added to carousels, which it reported has received huge interest from many markets including India and Bangladesh. 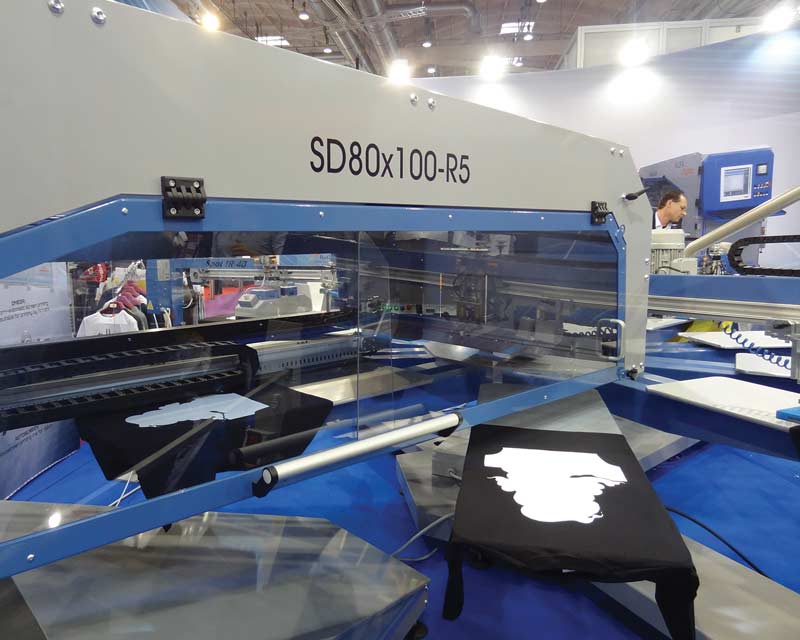 The Alfa Digital from Tek-Ind 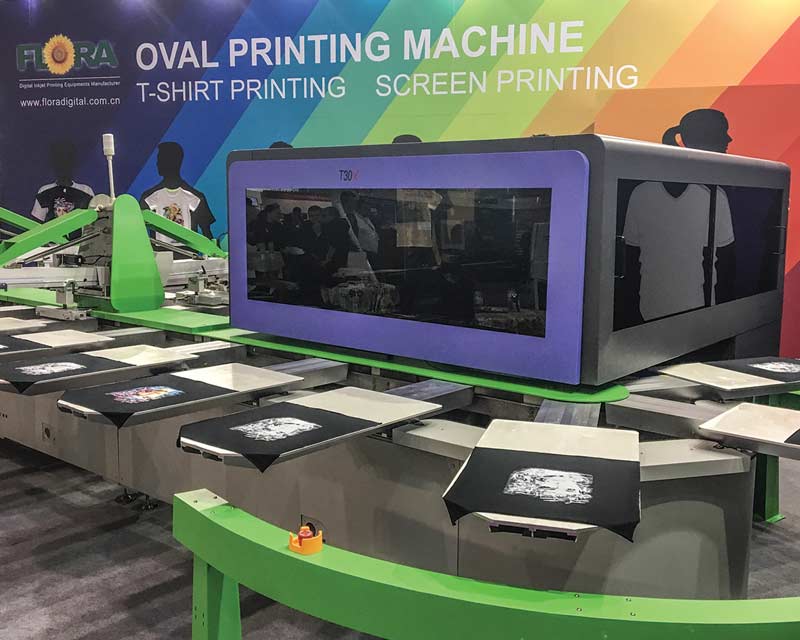 Not everyone is convinced hybrids are set to make a big splash this year. Oliver Luedtke, director of marketing EMEA for Kornit, which pioneered the hybrid concept with the Paradigm system that first launched in 2008, is less excitable about the market for hybrids: “It has always been a niche market, particularly in the early days when digital was still questioned as a concept. It seems we are missing the hype right now, but on the other hand, I want to see how well they will be able to turn this into tangible business because I don’t think there is an obvious market.”

Oliver added that the Paradigm is still available, although tellingly the company wasn’t showing it on its stand, where the focus was most definitely on the Kornit standalone machines. 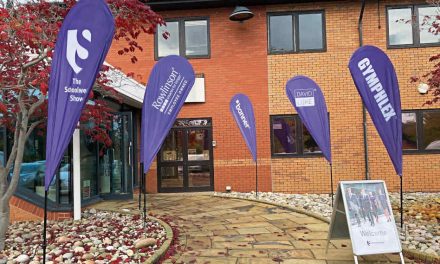 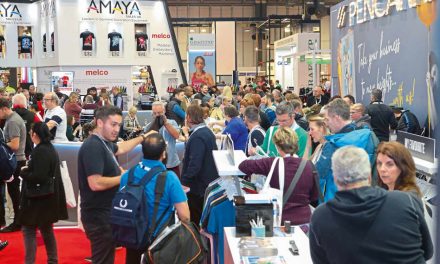 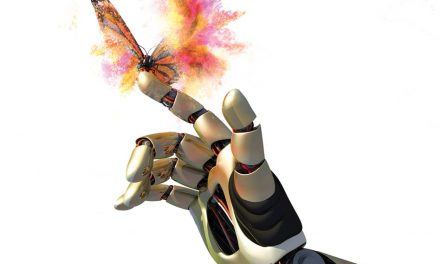 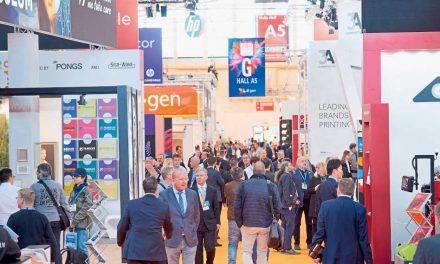