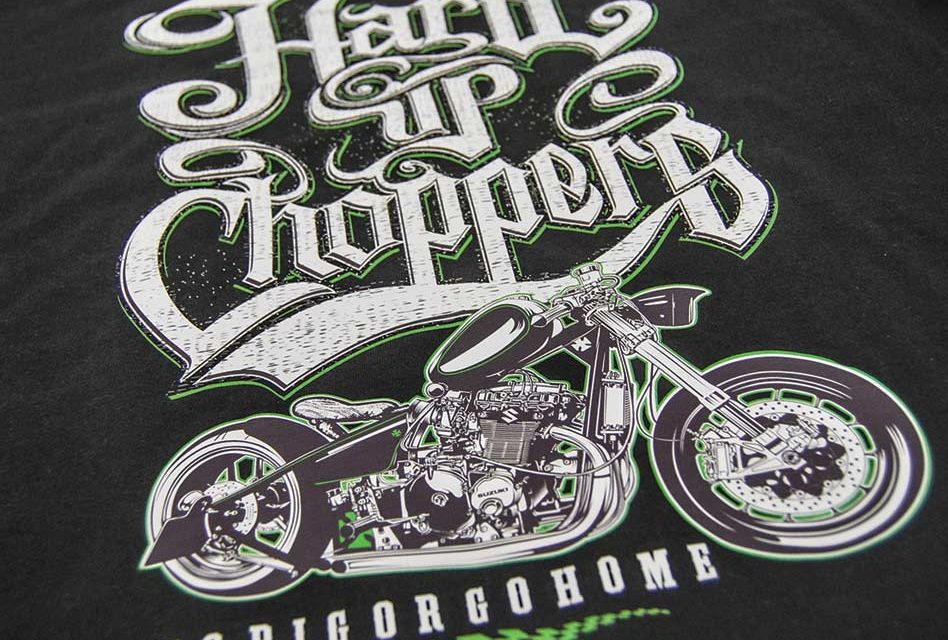 Hoody World’s business is, unsurprisingly, predominantly focused on hoodies – about 90% of the company’s orders, according to Jeff.

When did you get the Oki?
We’ve had it a couple of weeks and it’s saved our bacon. It’s very good.

Why did you choose it over a DTG machine?
From the research I’ve done, I know the Oki is ideal for our business. I think if you’re doing full-coloured, detailed designs such as heavy metal and licensed T-shirts with drop shadows and shading then DTG is probably perfect, but with our business dealing with universities where there are full-colour logos, fresher hoodies and ski designs, it’s ideal. It’s good for smaller runs and top-ups.

Any other advantages?
If you’ve washed your screens down and then someone wants an extra hoodie, for example like with a leaver design where there is all the names, you just print one out straight onto an A3 sheet and put it on – you don’t need to set the screens up again. Or if the school has made a mistake and missed a pupil’s name off, you can just do an additional one with that pupil’s name added.

How easy was it to learn to use?
It’s a printer with white ink so you literally plug it in and go. No training, no RIP software… There’s just a disc that you put in your computer and that’s it, it works. And there’s no weeding.

Was it replacing anything?
No, it’s an addition, and works as a standalone.

What’s your advice to others thinking of buying an Oki?
I think, like with any business, it’s whether it’s going to work for you. I wouldn’t buy it to create a market – we bought it to fill in the gap that we had in our business. 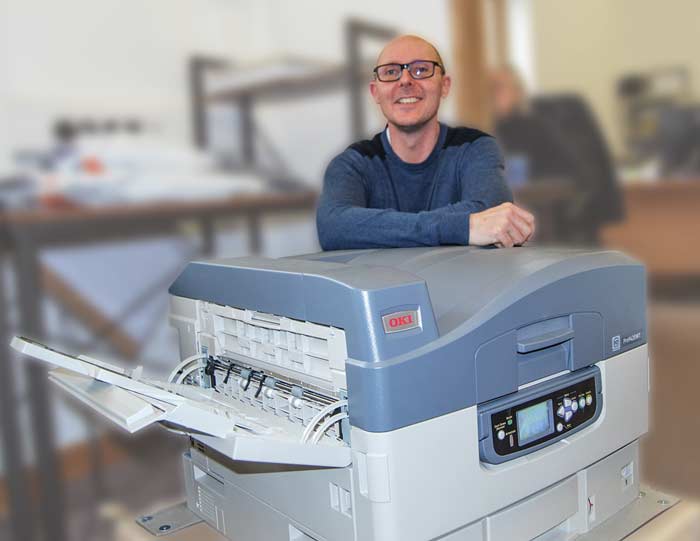 Jeff with his Oki Pro9420WT printer 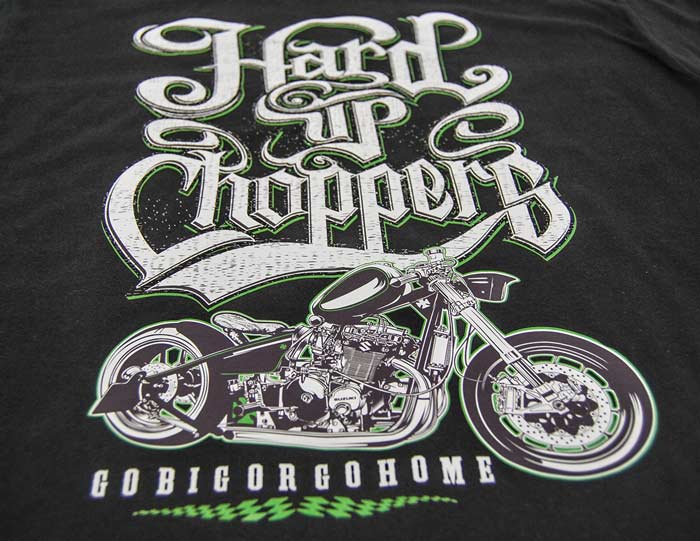 Fine detail courtesy of the Oki

“Jeff had seen the emails from us with regards to the new no cut laser paper. He requested some samples and explained that he was looking for a more efficient way of doing some of his leaver hoodies. It seemed quite a good fit for him so he sent me some artwork and I arranged for samples to be done in the showroom here and sent them to him. Off the back of that he went for the machine. Jeff knows the business well and he’s seen a lot of the other technologies, but this just fitted a gap for him. It was a bit of a no brainer really.”

South East Workwear consists of a workwear shop with a studio next door that’s set up with embroidery machines and a printing area.

Why did you go the DTG route?
We used to do screen printing and then we moved to cut vinyl and transfers. We’ve been looking in the last year at getting into DTG and ended up buying the Epson in October time, then we’ve put another one in a few weeks ago.

It’s going well then?
Amazing! It’s a brilliant bit of kit, it really is. I’ve looked at the Kornit Storm, which is excellent, it’s really good how it pretreats on the fly, but it doesn’t print any faster and I thought the colour on the Epson was better. It’s really punchy.

What are its main advantages?
Its maintenance is ridiculously easy. Every morning you put a tiny bit of solution through the drain lines, which takes about five minutes, and that’s it.

Any drawbacks?
The worst part about it is the pretreatment. The actual machine side of it is fantastic. We’re running a job at the moment for about 7,000 T-shirts which normally we would have screen printed. It’s printing white at the moment on different coloured tops and it’s ripping through them.

7,000?! That’s a large number for DTG, surely?
It’s a screen print job really, I would have screen printed it if we still had a carousel but we haven’t. I wanted to get out of screen printing: it’s just so cut-throat, there’s no money in it and everyone’s doing it for pence. I don’t think DTG will ever replace screen printing, but we were competitive on price against a screen printer [for this job], and they [the customer] went with the DTG because they preferred the finish – you can’t feel it! Even on the white it’s really good.

Is it easy to run?
Dead easy.

How many shirts can you print a day?
We’re running this big job at the moment and we’ve pre-treated and printed 650 in a day on the two machines between them.

What about the cost per print?
We’re talking about a couple of quid altogether with pretreatment and ink for a leaver’s hoodie.

What’s your advice to others?
I’d definitely go and look at some other kit to compare them. We looked at quite a few things. I took two or three files on a memory stick and took the same T-shirts to both. 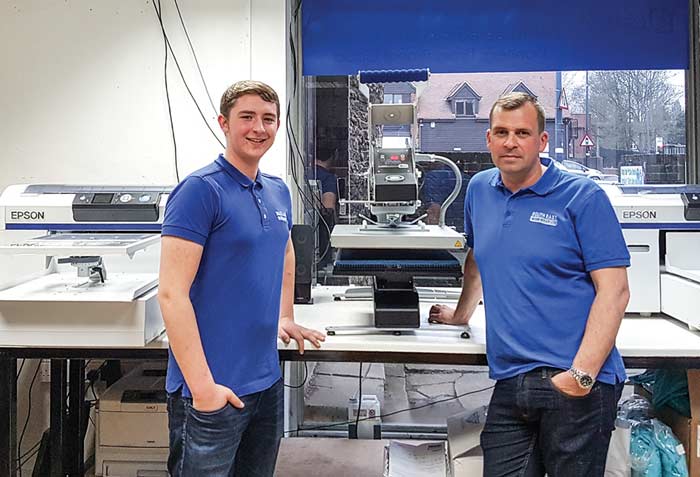 Adrian with his son, Sam, who is a design technician at South East Workwear 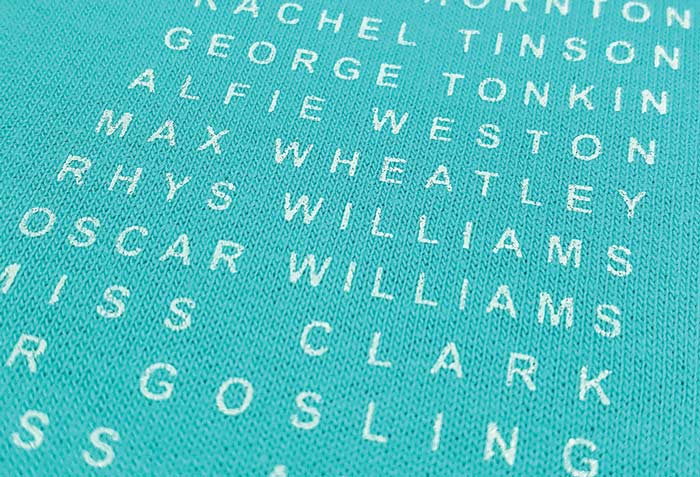 “Myself and account manager Keith had a bit of a demo with Adrian on the Epson DTG – it’s always nice for the customers to come in here and have a play with the machine and get hands on with it. From the outset he was more than happy with the quality. He’s found the maintenance and the ease of use of the Epson ideal and the perfect fit for him.”

Nopinz began with one product, the Nopinz SpeedPocket, which allows race numbers to be attached to clothes without having to use safety pins. Since then the company has expanded into selling British-made garments for cyclists and triathletes.

Why the Mimaki over the other dye sub machines out there?
We bought that specific machine because it does fluorescent colours. We were the first people in the country to have one of these Mimakis set up for fluorescents. That’s the main reason we bought it really as fluorescent is big: it’s fashionable in terms of people that want fashion kit, and with people who want safety stuff it’s also popular, so it’s got two markets really.

What do you use it for?
We have two avenues for the business: on the website you can buy standard colours, and we also do custom kit for clubs and for individuals that want something completely different, from orders of one to hundreds or thousands. The Mimaki is used for everything we make other than the SpeedPocket. All of our products are fully sublimated, so everything starts as raw rolls of fabric, it’s printed using the Mimaki, heat pressed and then cut and sewn here on the site.

What are its other advantages, besides the fluorescent inks?
It’s really economical. We run it on its absolute highest quality setting, so we’re laying down a lot of ink, but it is still really efficient. I think the ability to set it up and leave it over night is good too – it’ll send you a notification to your phone if there’s anything going wrong. As long as you’ve got enough paper on it, it will keep going all night and print out hundreds of items while you’re asleep.

So you’re happy with its productivity?
It’s got some really high production settings on it – we’ve got five seamstresses here and one person that does the cutting and prep work for them and it’s not running full-time because they can’t keep up with how much it churns out. You could probably keep up with it with ten seamstresses and a couple of people doing prep work, I think.

Is there anything you’d like to see in an upgrade?
I think the larger format stuff is a bit fiddlier than the Epson was [Blake’s previous sublimation printer]. This one you have a bit of a cleaning regime with it, whereas the Epson did it itself, you just pushed a button. More self-cleaning would make it a bit easier.

How easy is it to learn to use?
You can pick it up quickly, it’s not a hard process. Once you’ve got your temperature dialled in and you’ve found the fabrics you want to use, it’s not too bad.

What’s your advice to anyone else thinking of getting a sublimation printer?
We didn’t know anything about sublimation when we started. We’ve found Xpres to be really good, they’ve given us lots of advice and they’re happy to demo the machines and point you in the right direction to get the best one for your needs. I think working with a reputable dealer is the way forward. Obviously you can pick up sub systems online from eBay, but I probably wouldn’t recommend that as then you’re on your own, aren’t you? 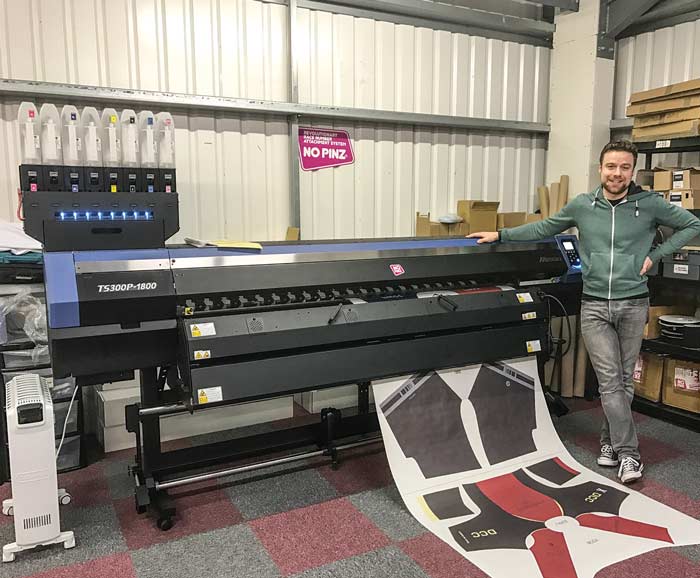 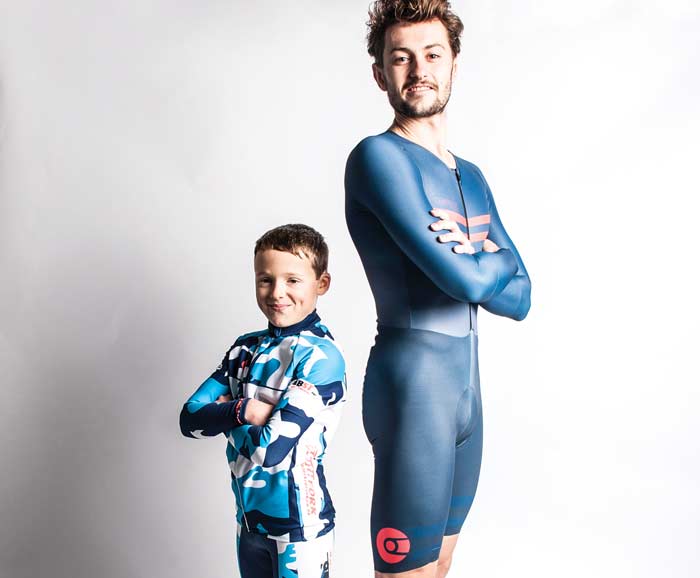 “Blake’s first large format set-up was an Epson SC-F6200 44” printer and an Omega 750 heat press. Within eight months he’d managed to grow the business to such an extent he could invest in the big Mimaki. He really wanted to get into fluorescents so when Mimaki launched the fluorescents for the TS300, I sent him some samples down which he loved. It was another edge he could have over his competitors.”

*All prices taken from Xpres’s website – xpres.co.uk –on 2 February 2017. Check with Xpres for its latest prices for each machine as these may be subject to change. 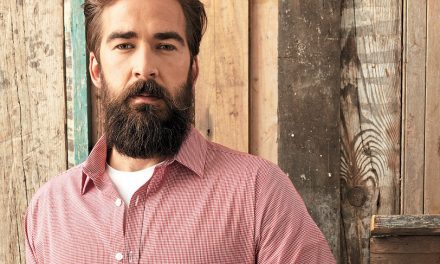 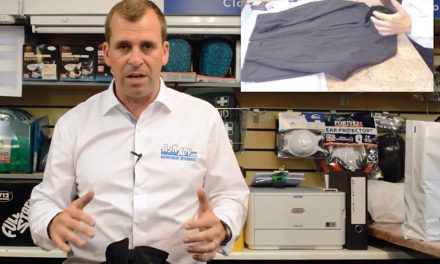 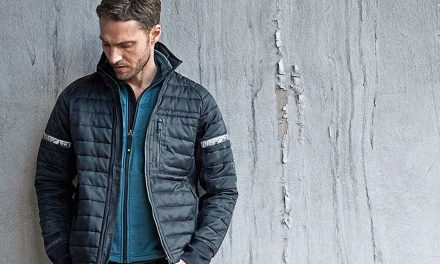 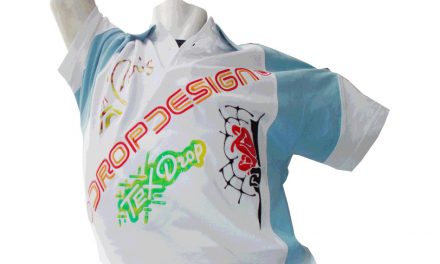