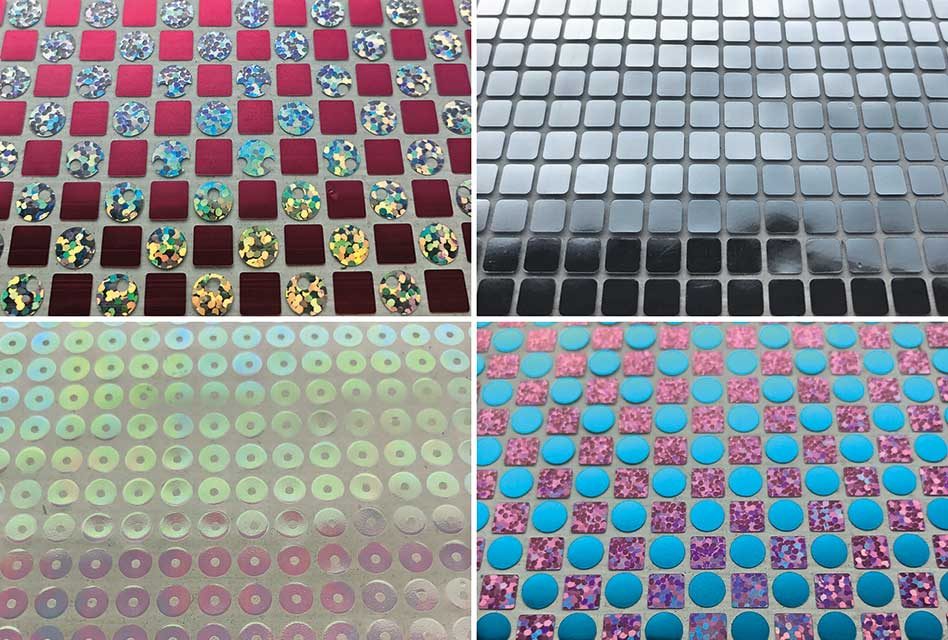 Dae Ha UK has announced it will be adding “groundbreaking” films to its range during 2018, and establishing itself as “the UK’s fastest growing brand of premium quality textile films”. The company has seen double digit growth in 2017 and has expanded its customer base and distribution network across the whole of the UK and Europe.

In what it says is a world first, Dae Ha has successfully manufactured a stretchable version of its Glitter film following a two-year development programme. Described as a ‘game-changer’ during customer trials, the film will initially be available in the more popular colours before being rolled out across the current 40-strong palette. Maintaining a brilliant, deep glitter effect wash after wash, Stretchable Glitter film will open up a whole new level of design applications – in particular, for use on Lycra – says Dae Ha UK.

The film literally melts into the weave of the fabric, providing a satin effect for a luxurious finish 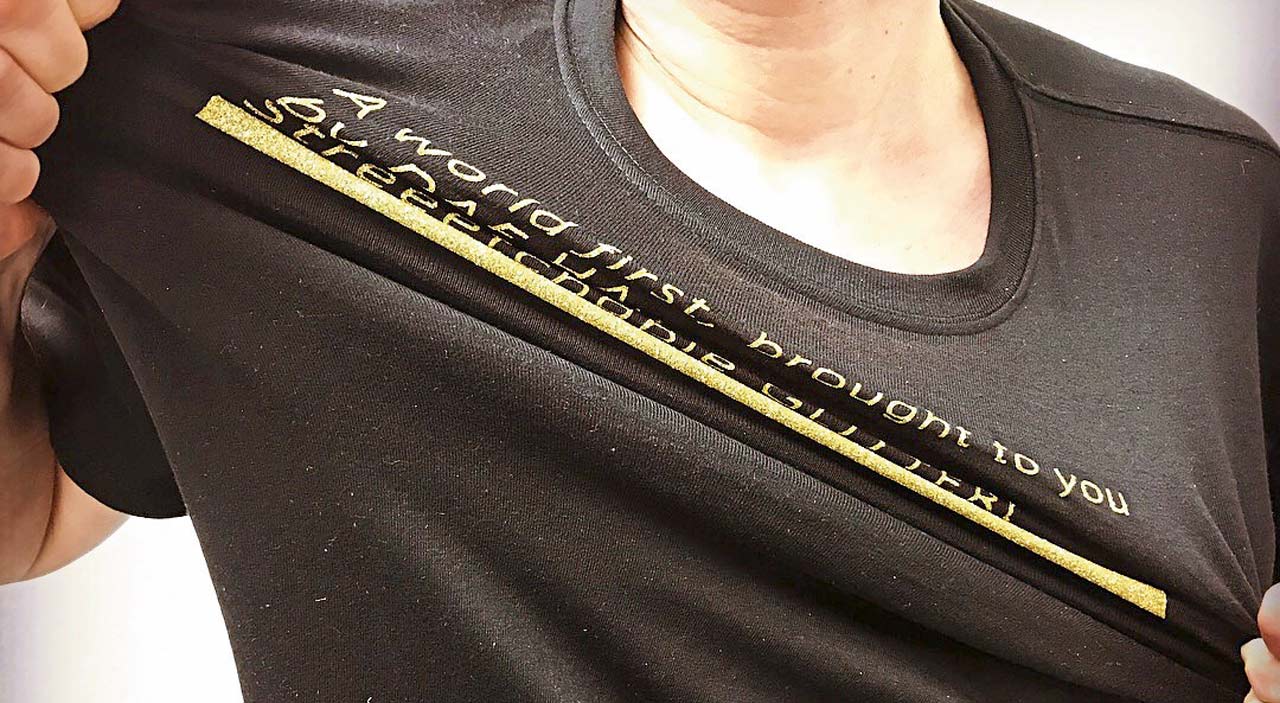 “Another global first sees Dae Ha as the only manufacturer of metallic and holographic films that gives you a truly unique feature: you can sublimation print onto the surface of the film, giving your garment an extraordinary edge,” says Dae Ha UK.

Stretch Metallic, one of Dae Ha’s fastest growing films in 2017, will see more colours and patterns added during 2018. “This superb Cad-Cut version of textile stamping foil is incredibly thin, has superb elasticity, is extremely easy to weed and has the ability to cut incredibly fine detail,” explains Dae Ha UK. “The film literally melts into the weave of the fabric, providing a satin effect for a luxurious finish. Forget Cad-Cut adhesive and foil combos, this is an all-in-one film that will prove hugely popular with your customers.” 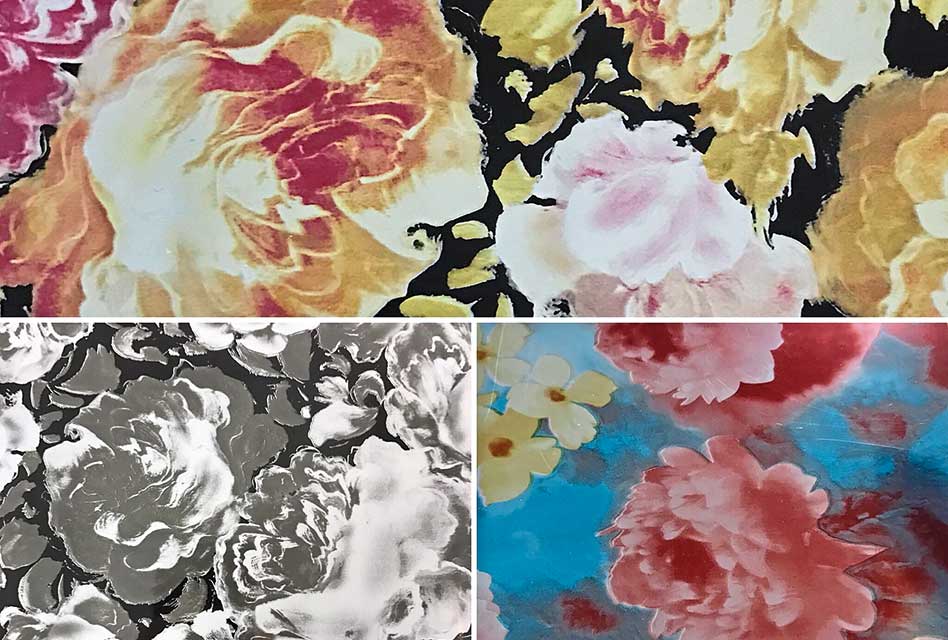 A five-second press is being introduced for Premium PU and Printable (Digital) PU, with the quick press, hot-melt becoming a standard, time-saving feature for all colours. With the Premium PU it promises the fast application of thin, luxurious transfers with great opacity and elasticity, while for the Printable PU, it provides a whiter background for printed designs.

Dae Ha UK has announced an exclusive partnership with Lotus Transfer Press Solutions to distribute its heat presses in the UK and Ireland. Manufactured in Italy since 1972, the Lotus Heat Presses are available in manual, semi-automatic or pneumatic versions, from small formats for breast pockets (13cm x 12cm) to industrial-size presses (180cm x 100cm). Custom dimensions for both the presses and accessories are also available. Printing plates of different sizes can be used, as well as a cap set on the ‘swap presses’, so almost all jobs can be done with just one press. 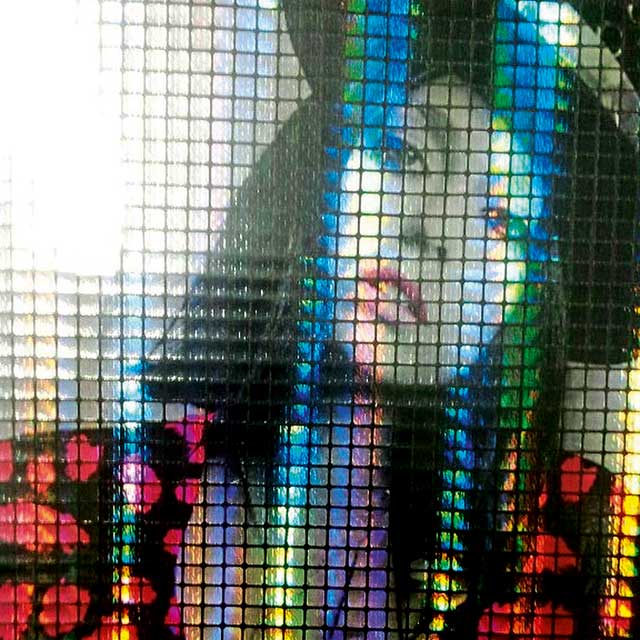 New Design Film used in combination with a sublimation print 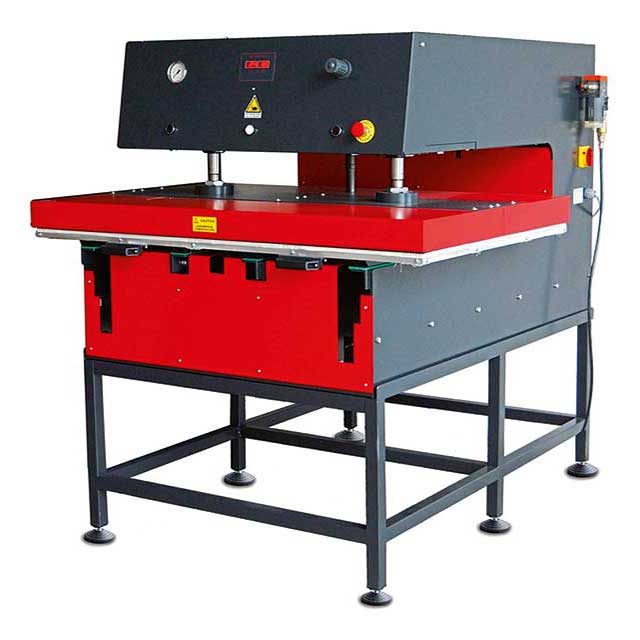 The presses have Mika-Tech smartheating technology for accurate and even heating, and a quick start-up time of only 15 minutes. “Lotus Heat Presses are versatile and durable with low maintenance. They are manufactured strictly according to EU quality and safety standards and come with an industry-leading two-year warranty.”he brand advises that the garments are perfect for cooler days, and notes that they will be available from BTC activewear from September. 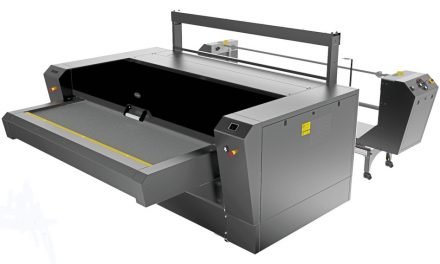 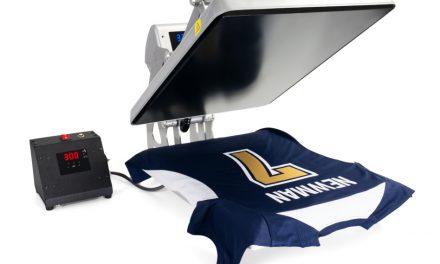 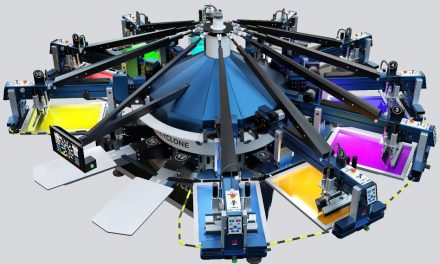 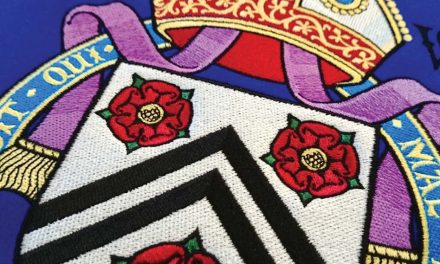 Top of the threads