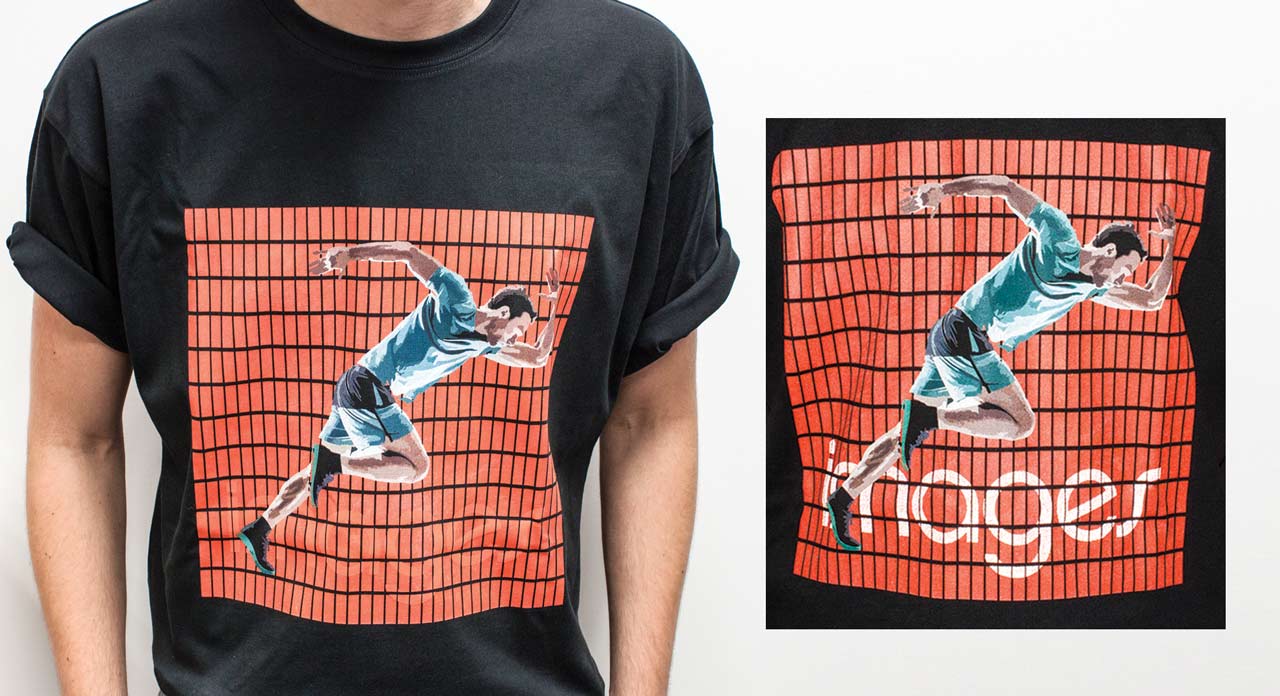 The finished shirt viewed under conventional lighting (l) – the hidden Images logo in orange Reflectra is virtually invisible against the DTG print. When the same shirt is viewed under flashlight in the dark, the Images logo ‘appears’.

For companies that want their logo to stand out or those looking for an attention-grabbing marketing campaign, adding a retroreflective film to a T-shirt or other brandable apparel style can be a surefire winner. One way to achieve a truly memorable result is to combine a direct-to-garment (DTG) print with a Reflectra film in a mixed media design, says Adam Collins, product development executive at Xpres.

Unlike conventional retroreflective transfer materials, which are available only in silver, the Reflectra transfer films come in a range of colours. The latest addition to the range is Sensation, which also works well in combination with flex or flock foils. This translucent reflective film has been specially developed to rest “almost invisibly” on top of the garment. When applied to textiles, it is hardly noticeable in normal light, but it is activated the moment it is in contact with direct light or flashes from cameras or smartphones.

Adam points out that there is no right or wrong way to create a print with this combination of decoration processes – it all comes down to the effect you’re after and your own creativity. For example, the Reflectra film could be used to create hidden messages and elements within a design. “You can match the colours in the image as well as make areas stand out. If you create a London skyline, for example, you can make the road markings and buildings light up in the dark. Another T-shirt in our showroom is a comedy one that has a speech bubble featuring a visible line of the joke with the punchline below created in Sensation film so it’s hidden until the light hits it.

“Alternatively, you can match the colour of the film with the print. We made a telephone box with red Reflectra, which, when you shine a light on it, shines back with a red colour: the fluorescent ones look particularly good. For the Images step-by-step design we used an orange Reflectra material that matches the colour of the DTG print.”

DTG is ideal for this type of work, adds Adam, as it offers significantly lower set-up costs than screen printing. It is also quicker to set up each design, although you also have to factor in the weeding of the Reflectra film, which will affect the overall production time. Nevertheless, short runs, one-offs and personalised prints are all easily and affordably achieved.

Adam reports that the combination of DTG and Reflectra holds particular appeal for the fashion market, but he adds that corporates are seeing the potential of the technique too. “A company could have its logo in its company colours in Reflectra on a T-shirt, giving it a look that can’t be achieved with normal reflective material, which is simply silver. Businesses can either have their colours showing through the translucent Sensation film or they can have it in a single colour in their company colours.”

Fun, quirky and offering added value, the DTG/Reflectra combo is an appealing addition to any garment decorator’s portfolio of decoration processes.

A STEP-BY-STEP GUIDE TO CREATING A DTG/ REFLECTRA PRINT 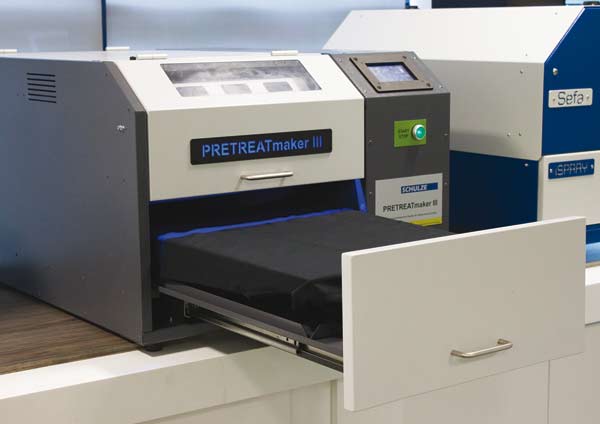 Step 1 – Phase One: DTG printing
Pre-treat a dark garment with pre-treatment liquid – either by hand spraying or, as here, using a pre-treatment machine. 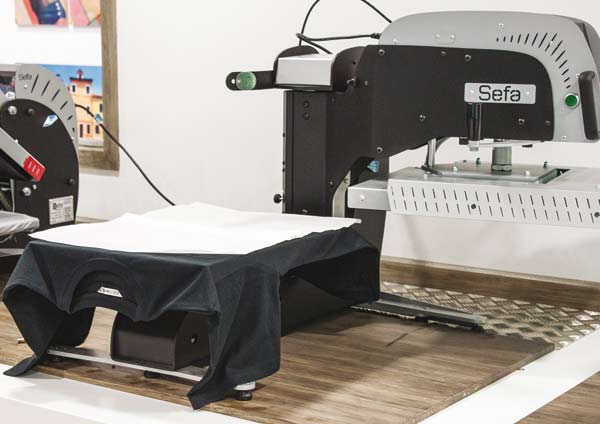 Step 2 – Dry the pre-treated garment. Press with a heavy pressure for 45 seconds at 170°C on a heat press using a silicone sheet to protect the plate 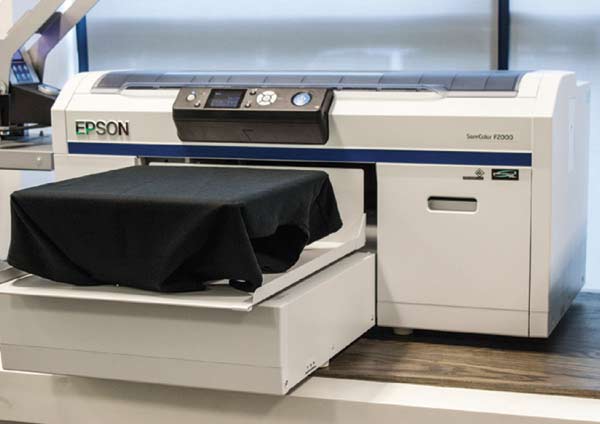 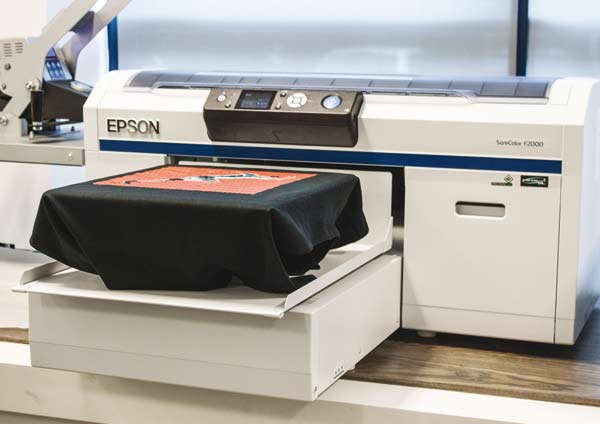 Step 4 – Once completed, remove the garment from the DTG machine and load it back on to the heat press. Press with a light pressure for 45 seconds at 170°C 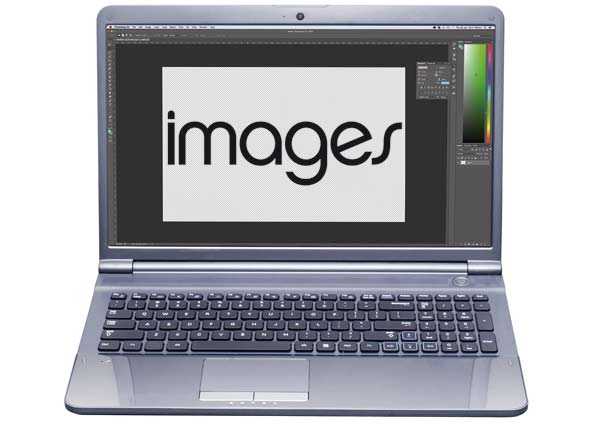 Step 5 – Phase Two: Reflectra
Create the design that you’d like to show up in the dark 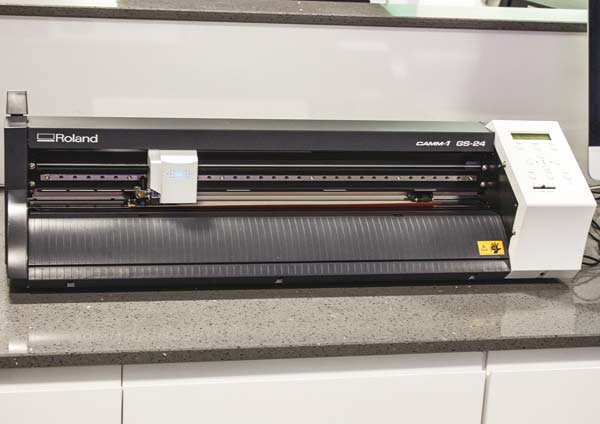 Step 6 – Load your chosen Reflectra film on to your cutter 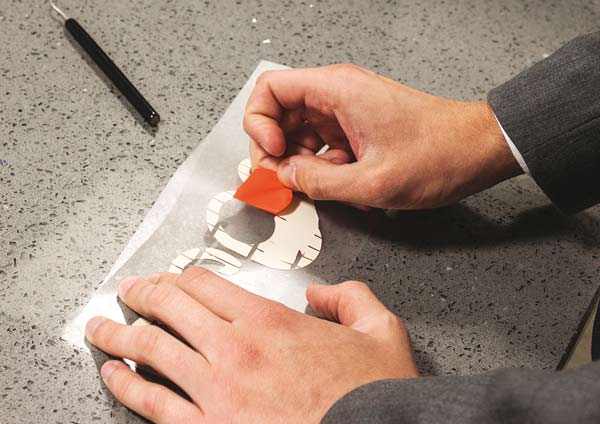 Step 7 – Once the film is cut, weed away the excess material. Note the orange colour of the Reflectra film 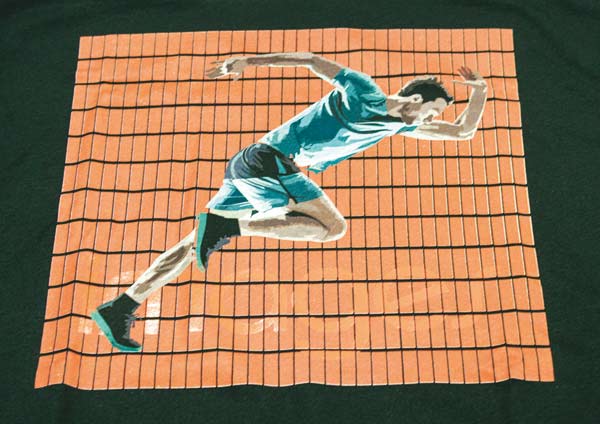 Step 8 – Place the film face down on to the garment. Press with medium pressure for 15 seconds at 165°C 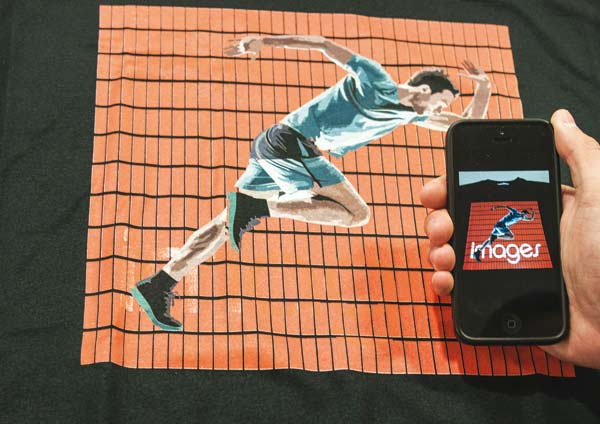 Step 9 – Wait for the garment to cool, peel the backing away and repress for five seconds at 165°C. Your garment is complete 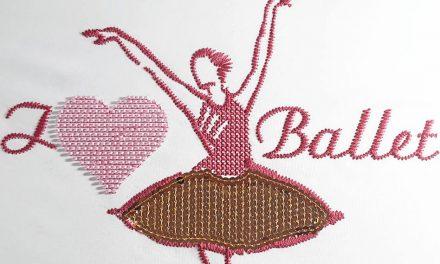 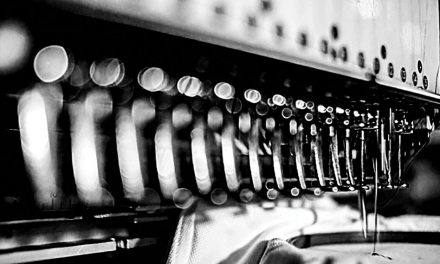 Time to change your needles 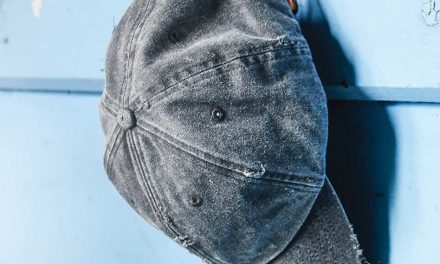 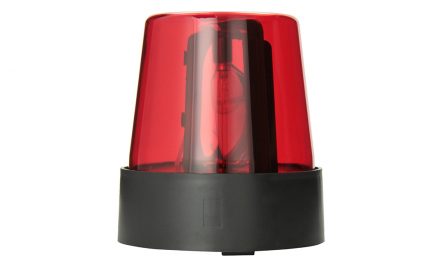 How to achieve a more efficient workflow