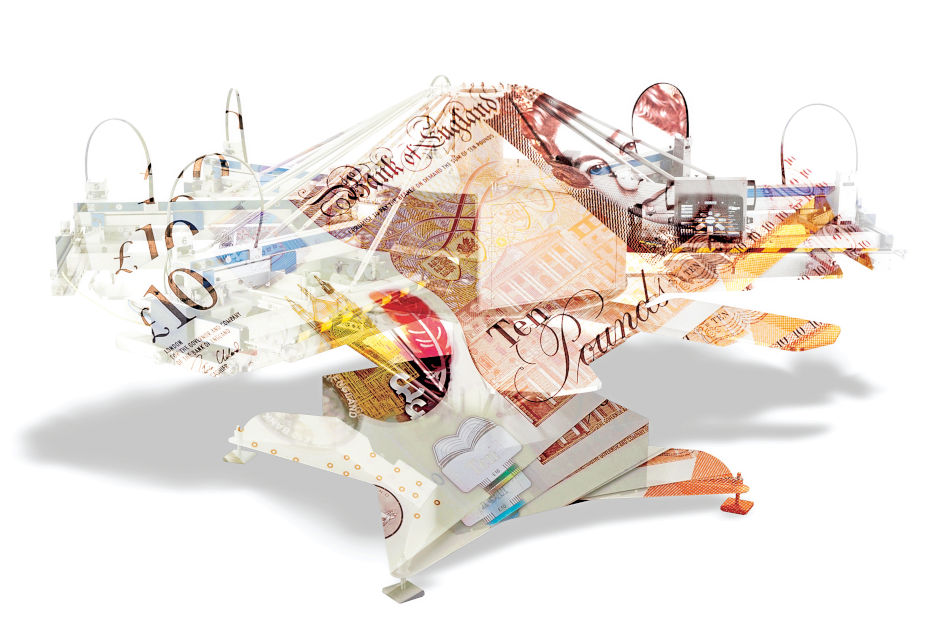 If you’re planning to splash some cash on a new automatic screen printing press before the end of the tax year, take a moment to read Tony Palmer’s personal experience with different presses and his expert advice on how to choose the best machine for your business

Buying a new screen printing press is a huge investment. For some it’s just adding capacity to an existing print shop, whereas for others it’s a leap of faith into the unknown, often with finances promised, but not guaranteed. Once the decision to purchase has been taken, all that remains is the big question: “Which press?” There are lots of considerations to take into account, from brand and price to the configuration and type.

They all do the same job

Automatic screen printing presses come in all types of shapes and sizes – I have run presses that are all electric, all pneumatic and even all hydraulic. All of them printed T-shirts. All held a rubber blade against a stencil and pushed ink through holes while laying down colours in succession.

If you took one printed T-shirt of the same design from every press that ever existed, ranging from the very basic early ones to the latest all-singing-and- all-dancing press that can set itself up, and you lined them up on a catcher’s table at the end of the dryer, I would challenge any printer in the industry, myself included, to tell me which shirt was produced on which machine. My first experience of screen printing was on a four-colour automatic press that was possessed by an evil spirit with a deep hatred of all living things. We used it to print three-colour Yankees panels on bogey-green fleece that halved its mass once the panel was removed from the glue.

The press was an oval configuration that required the operator to walk into the moving pallets and load – the trick was to get out of the machine before it whipped round the corner at lightning speed and inflicted the worst case of squeegee rash upon the innocent loader. In the interests of safety, a pressure pad was located just before the point where the last pallet accelerated into hyperdrive around the corner of the machine. This pressure pad would allegedly stop the machine and save the loader.

As I mentioned, this particular press was possessed and was in the throes of repaying a debt for a crime performed in a past life, therefore the pressure pad would perform many functions, including starting the machine, making it perform a double index (the manufacturer said this was impossible), activating the squeegees… almost all functions, in fact, except stopping the machine. The press would start without warning and all the loaders would receive a ‘love bruise’ at the base of their spine whenever they had the misfortune to arrive late and be assigned to the beast in the corner.

However, although this machine had several severe personality disorders, it still printed garments. Yes it was difficult to use, yes it inflicted pain, and yes it really did need a priest, but it knocked out those Yankees panels in plastisol puff at the rate of 3,000 per day and no one could tell they were produced on a machine that was two doors down from the gates of Hell.

Screen print presses have two basic configurations: the oval and the carousel ‘round’ option. Asking which is best is like asking which flavour of crisps is best: you may think it’s ready salted, but trust me, there is someone out there who craves hedgehog flavour!

Oval presses have many open areas in which to insert special flash units, flocking units, chilling units or even just a small boy with a sticky piece of tape to remove lint. They are most commonly used to produce large flat panels and can be configured with up to 60 stations. They tend to be slower than circular machines and therefore lend themselves to fashion work.

The early configurations would have the printing attachments, squeegee arms, flash units, etc, on one side of the press and leave the opposite side of the oval open to allow more than one loader access to the machine safely. When I first started printing, a team would consist of two loaders, a puller and a catcher, with the ‘printer’ constantly walking round the machine, monitoring the inks, maintaining quality and expertly making a roll-up while the machine lifted and lowered, pushing out the required 300 pieces per hour.

The drive systems on oval machines can vary. There was an old Precision machine that was hydraulic and used a chain to drive the pallets around; this method can still be found on machines produced today. The main issue with chain-driven machines is that, very much like a chain on a bike, the chain stretches over time and needs to be re-tensioned. To tighten a bike chain is relatively simple, but when we rely on the chain for the position of the pallets, which in turn dictates the registration between colours, we can hit problems. It is much more technically demanding.

Chain-driven gave way to solid-driven and this eliminated the issues of stretch, but the engineering must be much more robust and dependable to cope with the demands of a large press running day and night. Independently driven pallets are a new system of tiny little robots embedded in the pallet arms. These are typically found on the largest oval machines and eliminate the need for connected drive systems, therefore eradicating the issues of stretch or brake slide. They are the most accurate method of driving pallets along a large oval area, but they rely on a copper communication strip that must be kept clean and, as you will know, a screen print shop is not the easiest environment to keep clean.

Carousel or round-shaped machines are now the most popular format found in almost every shop across the globe. They are circular with a central drive system and usually have two open stations shaped like a piece of pie which allow for one loader and one puller.

One of the earliest circular machines I worked on was driven by an air cylinder that was controlled by a shock absorber similar to those found on a motor car. The resulting machine would clank and bang so loudly we had to turn up the radio to hear Radio 1’s ‘Our Tune’. This machine was so animated in its operation that it needed to be bolted down to stop it slowly walking across the factory floor (perhaps it merely wanted to escape the daily dose of DJ Simon Bates that could reliably be found blaring out in a 1990s print shop).

These round-shaped machines are fast. They can produce up to 1,400 pieces an hour, much more than a regular human can consistently produce. I can load shirts at 1,400 an hour – but only for ten minutes at a time and I couldn’t guarantee there wouldn’t be an under-the-arm print where there should have been a left-chest print!

The most popular configuration is probably 10/12; this means 10 printing heads and 12 pallets. My advice on how to choose the best configuration is always to look back at the company’s job history, if available, and ask basic questions such as ‘”How many colours on average did we print last year?” and “What was the average run size?” Using this information, you can try to predict what configuration of new press you need to purchase. Include any special effects like foiling and remember that a flash unit takes up a print station.

New machines or even well-maintained used machines can provide a superb revenue stream while they are running, however as you only earn money while the squeegees are moving, you must consider the ease with which you can set up these investments from one job to the next. When looking for a new investment I would always advise looking at the speed of job change as well as the top print speed per hour. It is no good having a car that goes 200mph if it takes you an hour to open the door and start the engine. The use of registration aids and a tool-free set up can allow a quicker return on investment than a fast machine that requires an engineering degree to set up and change over jobs.

The brand of machine you choose is a tricky one – I have my favourite and it’s difficult to stay impartial when writing about machinery – but I would always recommend looking at the set-up times and also the level of service available: if it breaks (and it will), can you fix it yourself? Does it need a computer genius? Can you get a technician at 8pm on a Friday when the job on press just simply has to go out no matter what?

Whether you pick a blue one or a green one or even a red one, I only hope that the press you buy is not possessed by dark spirits from the underworld and it brings both joy and wealth to your print shop door. 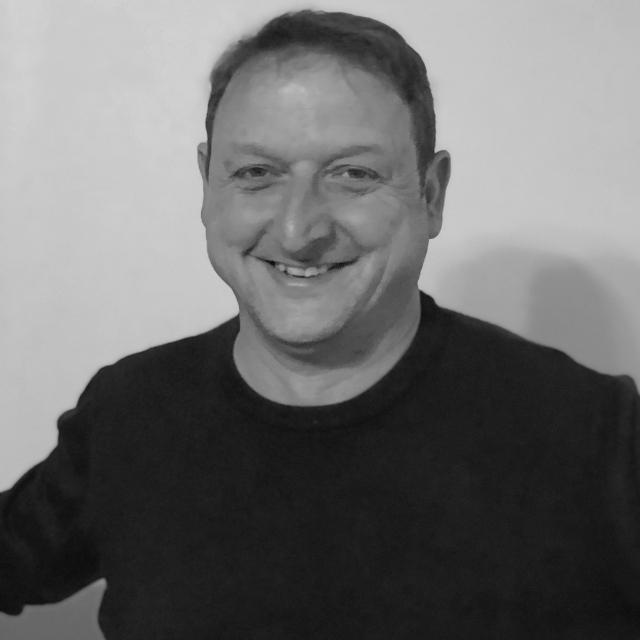 Tony Palmer has been in the garment decoration industry for over 30 years and is now an independent print consultant working closely with print shops to get the most from existing processes and techniques. Tony is passionate about keeping and enhancing production skill levels within the industry. He is the owner and consultant at Palmprint Consultants, offering practical help and assistance to garment decorators all over the globe. 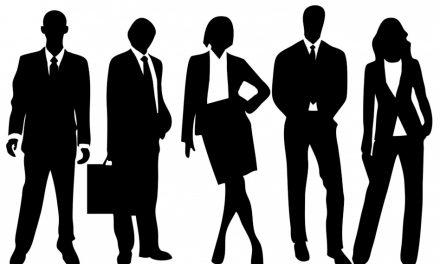 What personality traits could be holding you back in business? 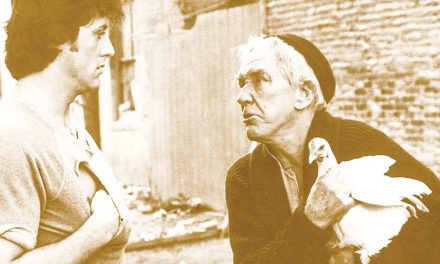 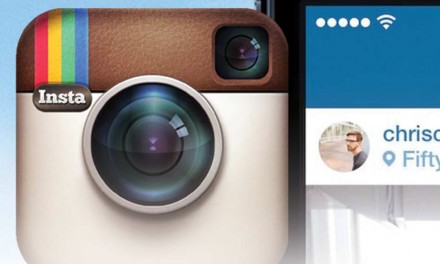 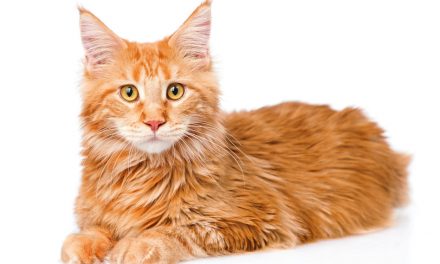