Mixing it up with Mooch and Amaya 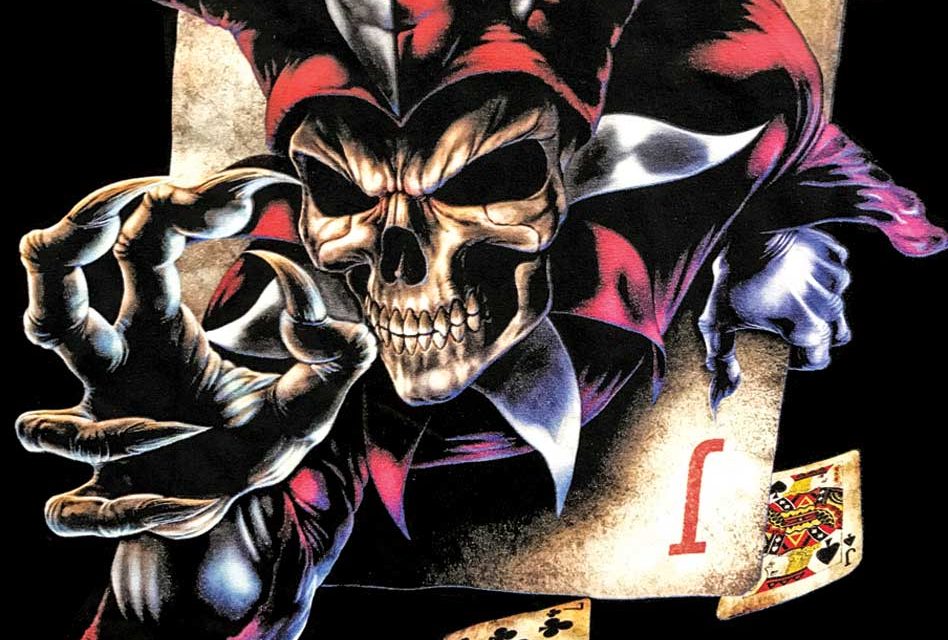 Jules Nicholas, of Mooch Transfer & Screen Printers, explains how to print a full-colour design on a black T-shirt using the Polyprint hybrid system… for a quarter of the price of a DTG print

For the past three months, Jules Nicholas, director of Mooch, has been trialling Polyprint’s hybrid system, which is based on the Texjet DTG printer. We asked Jules and Julian Wright, sales director of Amaya Sales UK – distributors of the system in the UK – to create a detailed step-by-step guide to how Mooch produces its stunning hybrid prints.

Hybrid systems are used by decorators as a way of achieving cheaper multi-coloured prints on dark garments, and more prints per hour, compared with a standalone direct-to-garment (DTG) printer. This is achieved by screen printing a white underbase and printing a full-colour design on top using the Texjet DTG printer.

“To get an opaque white base you’ve got to put quite a bit of white ink down where DTG is concerned and that takes time. By creating one screen and using a discharge white screen ink that part of it gets done very quickly, and cheaply,” explains Julian. “What Polyprint has developed is an interchangeable table system that fits to the screen print press for printing the white underbase, then clicks out of that system and clicks into the Texjet printer, which puts the full CMYK print over the top. There is a bracket on the base of the printer that is identical to the one fitted to the screen print press, so the boards can switch between the two.

“The only thing to consider is the alignment, because of course if you’ve got a colour offset from the white then it’s not going to look good. The way to align it is, initially you print the image with the registration marks on to a white T-shirt on the Texjet. You then remove it from the printer on its board, so it’s still on the platen, put it onto the press, bring down the screen and align it to that image. You’ve got micro-adjust on the manual stations, so you can get everything perfect.

“Once that’s done, you put your first black or coloured garment on, screen print the white, flash cure it, then it comes off the screen print press, clips on to the printer and full CMYK is printed over the top.”

In full-colour mode it is possible to get 20-25 prints an hour, he confirms, with set-up time coming in at about four to five minutes compared to 45 minutes for a 14-colour set up with screen print. “Where it’s going to fit are the full-colour images for 50 shirts upwards, where it would be quite expensive to screen print with maybe 12 or 14 screens.”

It’s also ideal for printing SFX inks: you just put the shirt back on the press and print the glitter inks, or whatever else the client has asked for, over the DTG print. It neatly gets round one of the main criticisms of DTG, namely that special effects inks are not possible as glitter flakes etcetera are too big to pass through the print head nozzles. It also allows decorators to increase the perceived (and actual) value of garments and to offer their customers a wider variety of techniques.

The hybrid system is also simple to use, Jules advises: “If somebody’s already screen printing a 12-colour simulated process, it’s going to be very easy because you separate your underbase white as you would normally and you’ve only got to burn one screen.”

Mooch has bought two systems for £20,000, and says that one person can easily run two machines by themselves. The hybrid machines have, says Jules, “fitted in a treat”. 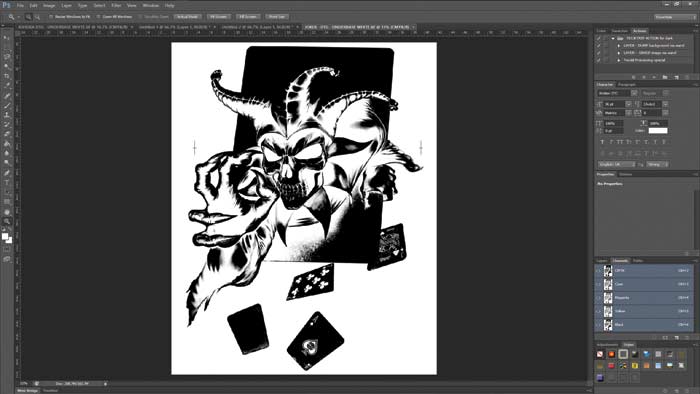 Creating the white mask layer in Photoshop for the screen 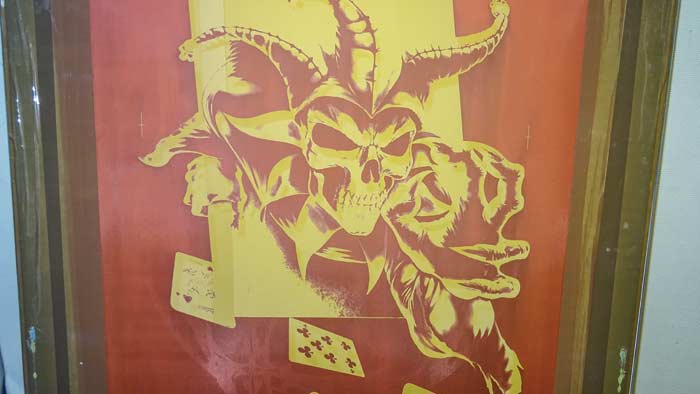 The finished screen created using the artwork from step 1 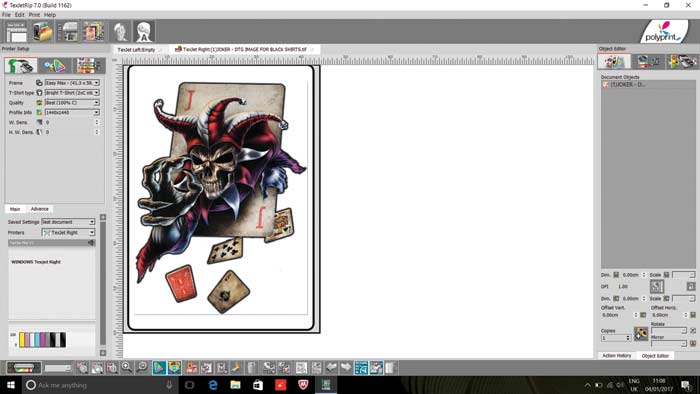 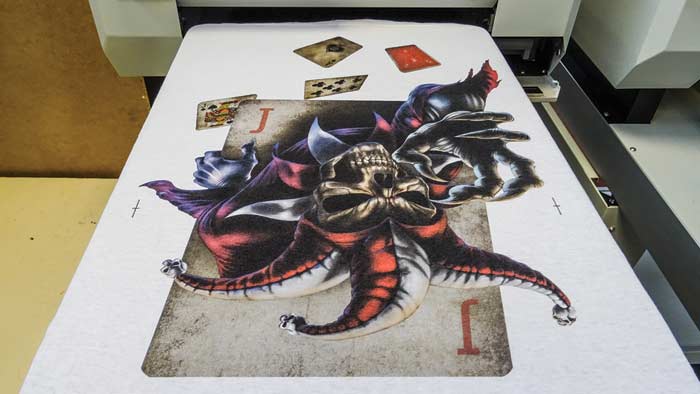 The design is printed onto a white garment, including the registration marks 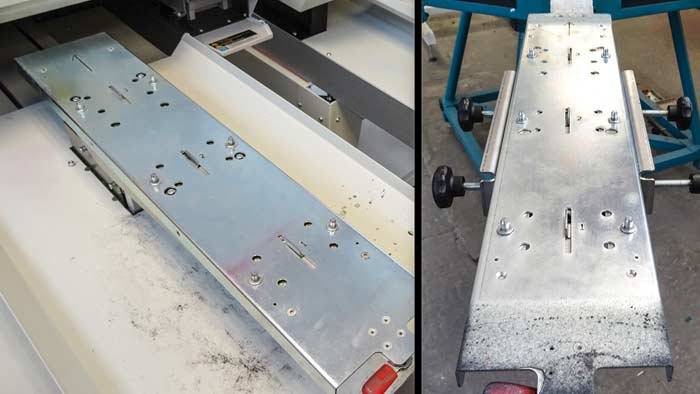 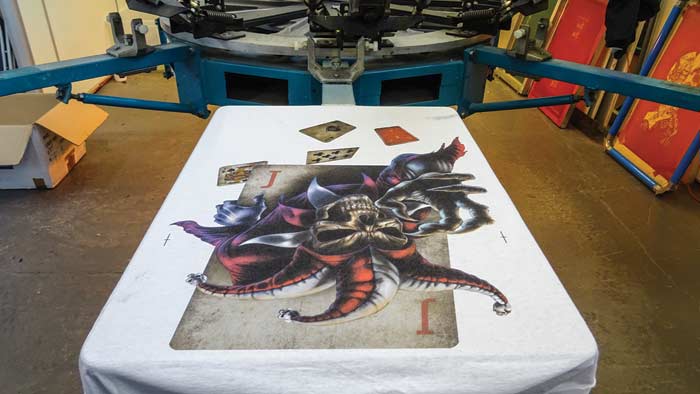 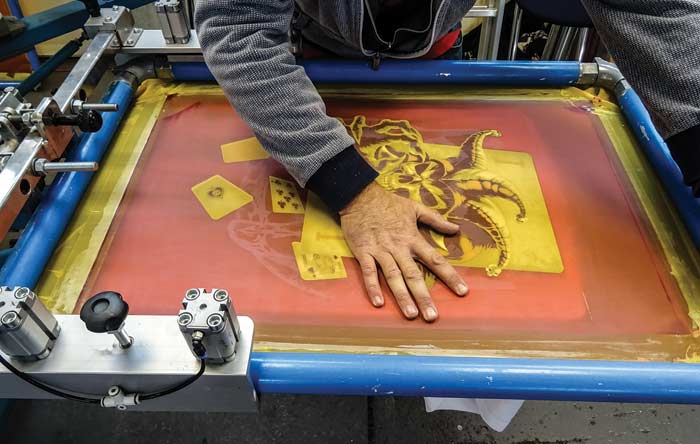 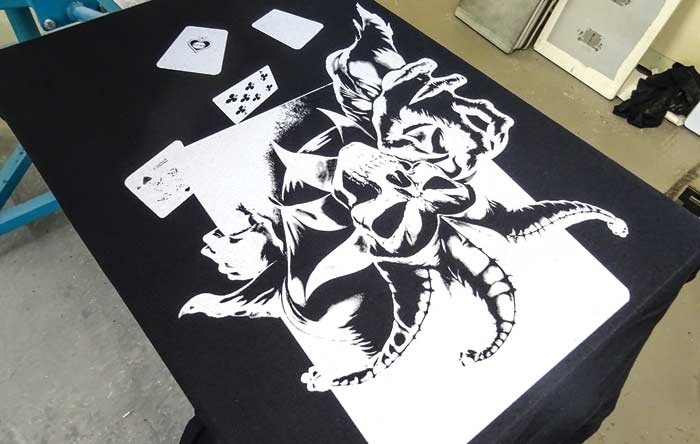 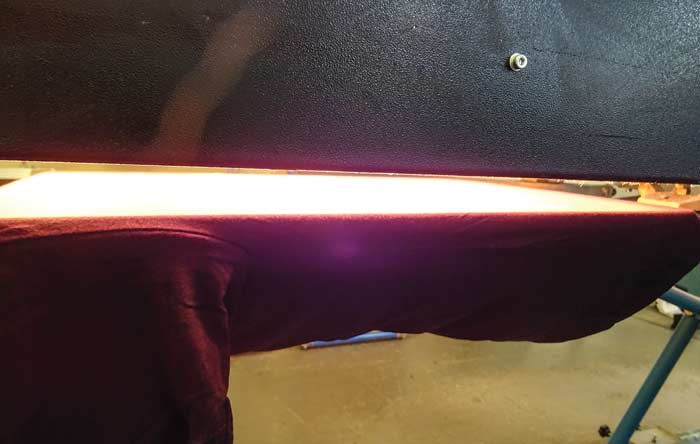 The white discharge ink is then cured 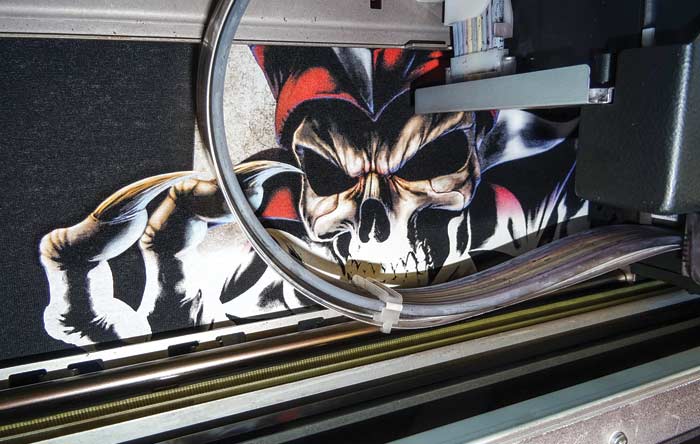 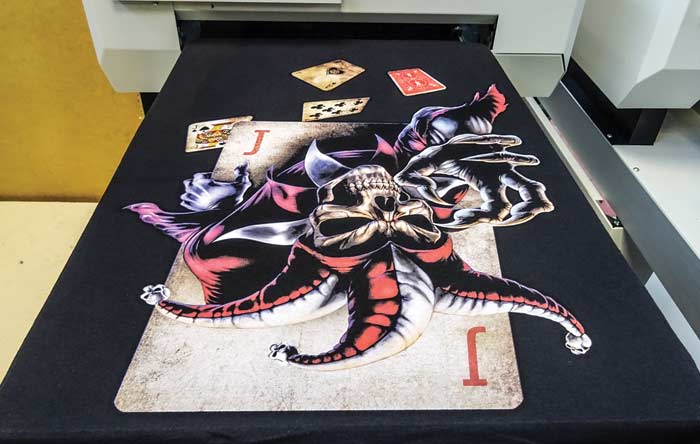 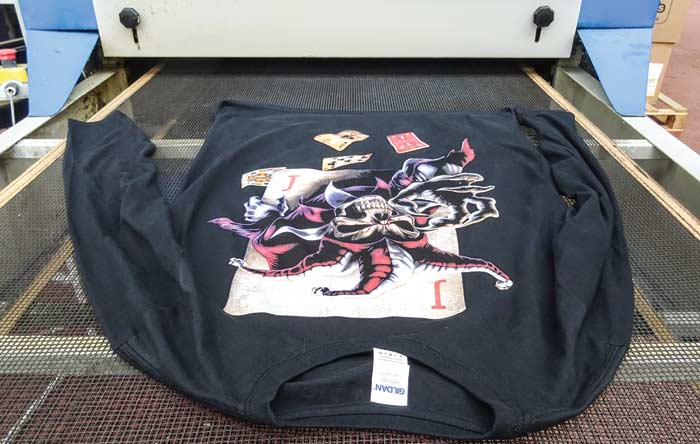 Finally, the print is dried either through a tunnel dryer or a heat press 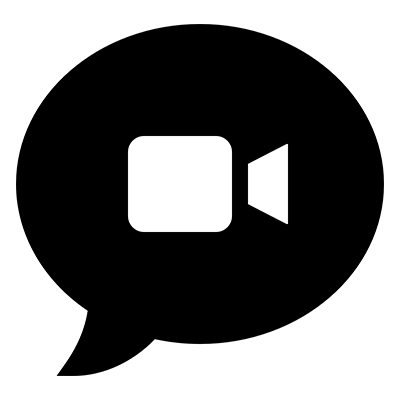 See our review of the latest hybrid systems 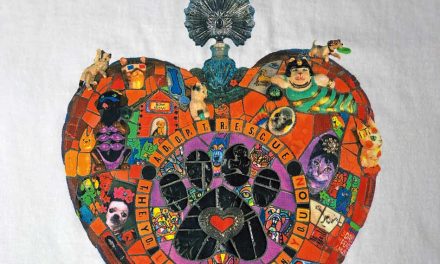 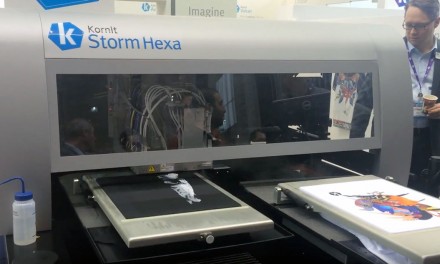 Kornit prints up a Storm 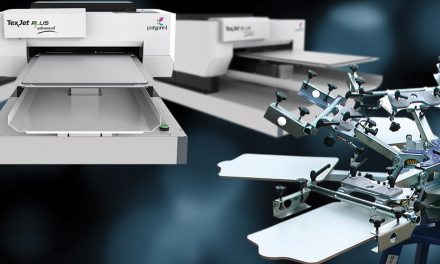 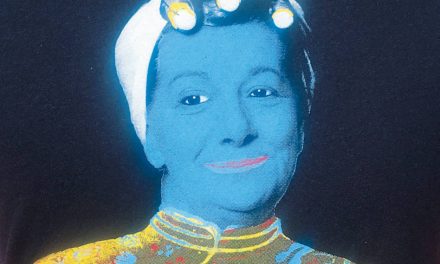