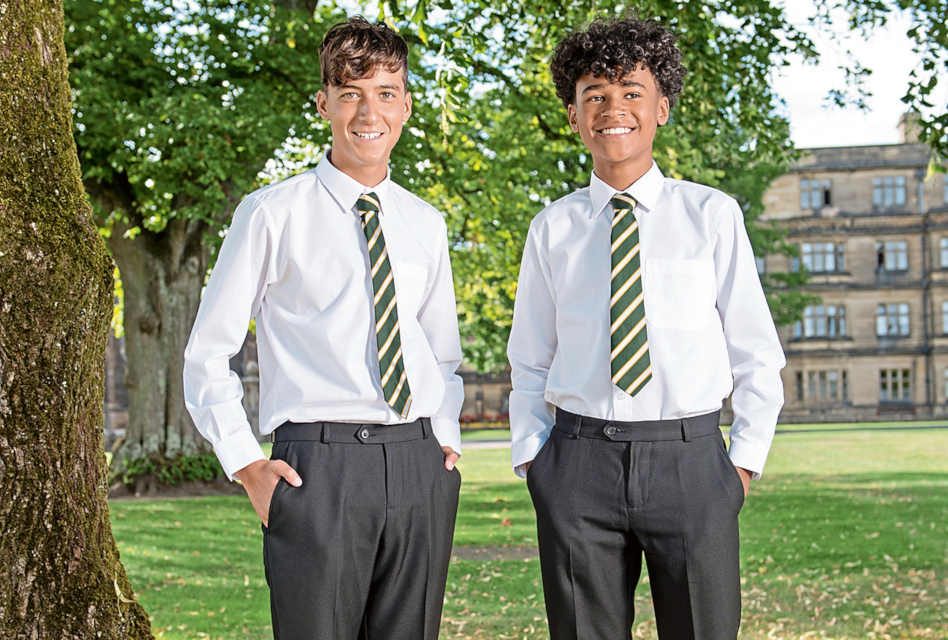 Clitheroe in Lancashire’s Ribble Valley has been a home to the garment industry for more than 200 years, since becoming a centre for cotton milling during the Industrial Revolution. Few businesses from the 18th and 19th centuries survive, but there’s one that has not only survived, but continues to thrive: Trutex. Founded as Clitheroe Shirtings in 1865, it has continuously adapted to the times, evolving into one of the UK’s leading suppliers of school uniforms in the process.

It’s not always been plain sailing for the business, which ran into troubled waters in the 1990s. However, an injection of money from investment company Endless in 2010 along with a new management team at the helm saw the company steered back on course. The current management team, which took over piloting the company in a buy-out from Endless in 2014, has doubled turnover over the past nine years and expanded the workforce to 200. “When we came in, we saw a business that had had some tough trading years but with sufficient potential about it and a legacy,” explains managing director Matthew Easter, who joined in 2010 from a manufacturing background. “There was strength to the brand and its position in the marketplace and we thought, if we could deal with some of the day-to-day issues such as getting the right product out to customers at the right time, there was scope to build the business. From 2010 to 2014, we made incremental improvements year on year but it wasn’t till after that period that we had consistency and stability.”

One of the first moves was to expand the range by launching its Akoa brand in 2011, specialising in sportswear for schools. It has proven a success, but Matthew adds that, as with all schoolwear, it takes time to grow sales. “It took three to four years to actually get some traction in that market. Schoolwear is so seasonal. Everything happens in the summer so you have only one shot at it and then you have to wait till the next 12 months in the cycle.”

Around 20 years ago, production moved overseas but, in 2013, Trutex started manufacturing again after acquiring one of its suppliers, John Hall Schoolwear, when John Hall, the company’s founder, decided to retire. The move was aimed at safeguarding the capabilities of a “highly specialised” company that manufactured garments with unique patterns and trims, mainly for private schools. “It’s a small industry in the UK because it’s difficult to service such small quantities for unique specialised garments,” Matthew explains. Work on site in Clitheroe now includes sewing badges, brading and cording, using Tajima machines. However, doing anything more would not fit the business cycle, Matthew explains. “There’s a huge spike in the middle of the year. That does not justify a room full of embroidery machines as for six to seven months of the year they would be idle.”

Since 2014, Trutex has been growing, boosted by investment from the MBO team. “We put the building blocks in place in those early years,” Matthew says. “Since that time, we have grown our business organically on the back of doing a good job and getting our act together in terms of having the right product there at the right time and servicing the market. Putting more working capital into the business gave us a greater amount of core stock that allowed us to service a larger customer base. You have to have enough uniforms to make sure every child has garments on their back by September, but not too much uniform by December.” 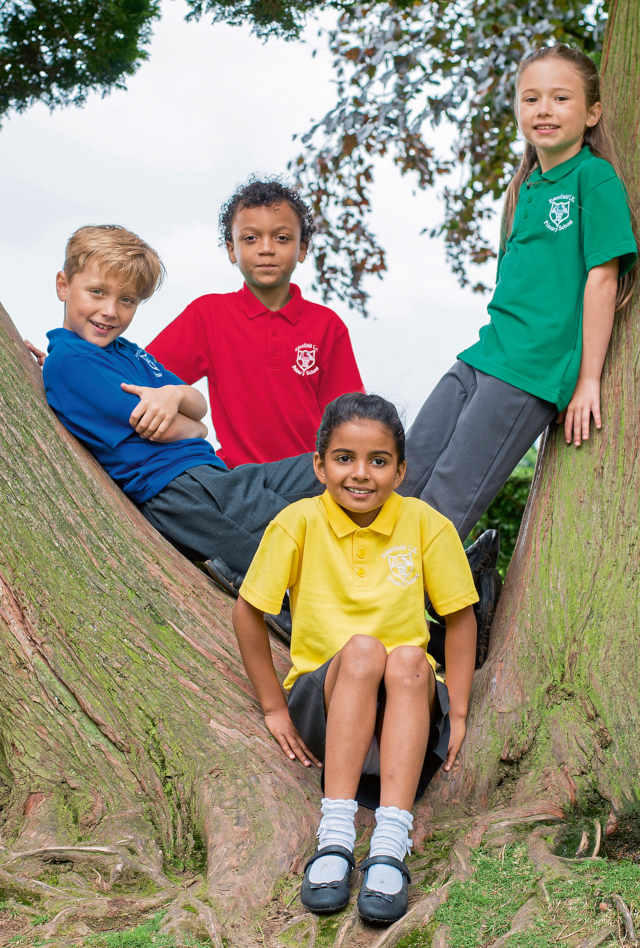 “The business has always been very focused on good quality”

The Trutex brand dates back to the 1920s after the company started making school uniforms around 1900. By 1965, it was so popular that Clitheroe Shirtings became Trutex.

“The business has always been very focused on good quality,” Matthew says. “The core part of our brand is giving parents good-quality, long-lasting garments which are not the cheapest to buy, but are best value over time. We have an old-fashioned message: ‘Buy once, buy right’. In school uniforms that is very important. They get worn for 12 to 14 hours a day, day in, day out, so you have to have something that has been constructed – from fabric construction to garment construction– in a much more robust way to ensure they last, like the knees don’t go through.”

Consistency year after year is vital, he adds. “With school uniform, you can’t afford to have a button out of place as then it doesn’t look ‘uniform’. If stitches are slightly different, the impact of that is not massive on the high street but, for us, we have to make the same as last year.”

He hopes the quality message will reach parents who see uniforms on sale at lower prices in high-street stores. “People get bombarded with very attractive prices of school uniform across the high street, but most of that uniform is not built in the same way as ours is. Our strap line is ‘Made to last schoolwear’. We want you to pass it on to your siblings. The industry gets unfairly battered by the press and pressure groups, which think school uniforms are unnecessarily expensive for parents. If kids weren’t wearing uniform, they would want to wear something like a branded shirt, but they wouldn’t want to wear that for multiple years.”

Trutex’s main route to market is through retailers across the UK although it sells some product through its ecommerce site Trutex Direct. This solution works for retailers that want to sell online but do not have a transactional website or where there is no nearby retailer. The group also has its own retail business, Clive Mark Schoolwear, with six shops in the West Midlands, which it acquired for financial reasons three years ago – “by necessity rather than design,” says Matthew. Operated at arm’s length, the shops buy from Trutex at wholesale prices and have freedom to source product from elsewhere. “It’s been useful to have the insight into the retail business to understand some of the pressures that a retailer has.”

Because uniforms are all about uniformity year after year, Trutex is not in the business of fashion, Matthew notes. But this has not stopped it from picking up on broader trends. “Trutex is not a fast fashion environment but, within the confines of the industry, it has been quite innovative in the way it has brought products to market and grown the business.” One innovation was cotton knitwear as an alternative to “scratchy” acrylic jumpers. “It was less expensive to manufacture and the price point was a bit lower than acrylic and gained a lot of traction in the market in a short amount of time,” Matthew recalls. More recent trends include the move towards slimmer-fit trousers and shirts. “It has to look ‘uniform’ and has to look smart, but we can follow trends to give kids what they feel good in. Almost every customer is going for slim fit now.” Trutex has also seen a rise in demand for blazers in secondary schools. “It’s a cost-effective garment over its lifetime as it protects the child when it’s cold and is hard-wearing.” 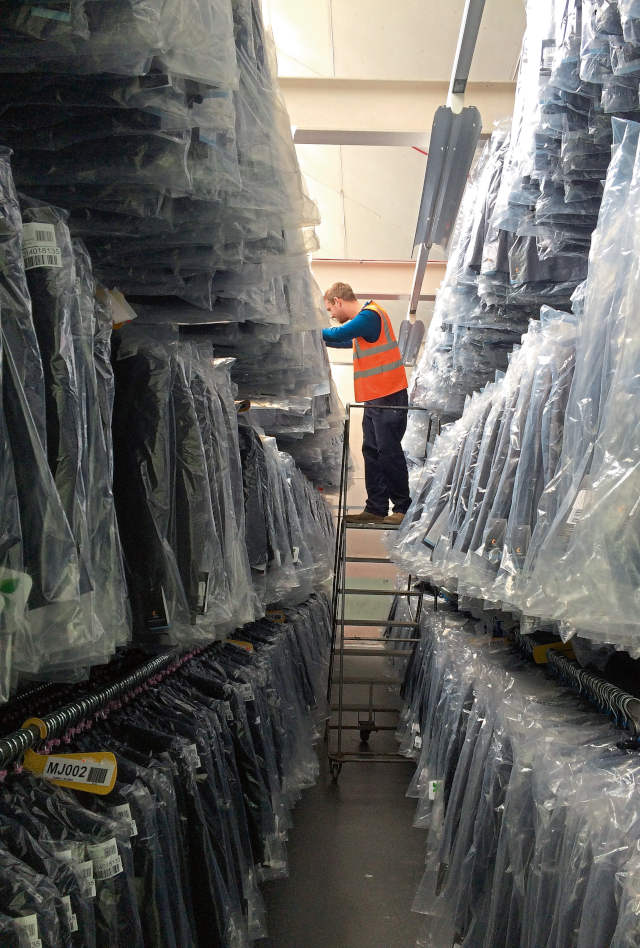 Trutex is also moving into recycled materials, starting with blazers where the outer fabric is 100% yarn made from consumer products turned into polyester chips.

“That has been a very positive development for us, and the schools feel very positive about it,” Matthew notes. While the extra cost of the yarn can be swallowed up in the price of a blazer, that’s harder for lower-cost garments. “For now, it would be very challenging to move all products into recycled yarns as it is expensive. The proportion of recycled yarns is growing and more people are doing it. The cost differential is coming down.”

The Eco-Blazer fits Trutex’s commitment to the environment, with the company becoming the UK’s first carbon-neutral schoolwear supplier by reducing its carbon footprint. It also keeps an ethical rein on the supply chain by having its own employees in the Asian countries where it outsources manufacturing.

“We have a very stringent sourcing process. We are monitoring production on a daily basis against internationally recognised codes. Having people on the ground is very advantageous in terms of picking up any problems early on, making sure issues are dealt with in real time. Our core values, the quality of garments and consistency, are key to the brand so that is investment worth having,” Matthew explains. With most of the garments manufactured overseas, the fall in sterling has impacted costs. “As we are buying in US dollars, it has been really challenging for businesses like ours across the industry,” he adds.

The newest range from Trutex is cultural clothing, from longer-length garments to headwear such as scarves. “A number of schools have approached us to talk about cultural clothing because the only cultural garments they could get were of poor quality.” The new range will launch for 2020 at the Schoolwear Show in October although garments are already available. Like other uniform suppliers, Trutex saw a sales upturn after the government switched secondary schools to academies. “For lots of schools that became academies, the only physical change was a lick of paint and a new sign, so introducing uniform became an important part of stamping a new identity onto the school. It changes the view of the school in the community and has been found to have a positive shift in schools’ performance.” Matthew believes this transition period is over and that growth will come from winning new customers. The company has also been picking up business overseas, especially in the Middle East where there are schools affiliated to British ones, but the focus remains the UK. “Opportunities tend to come if a school or retailer has not had the service that it wanted or was expecting so looks for another provider. Although we are geographically covered across the UK, there’s still plenty of opportunity for us to grow the business,” he concludes. 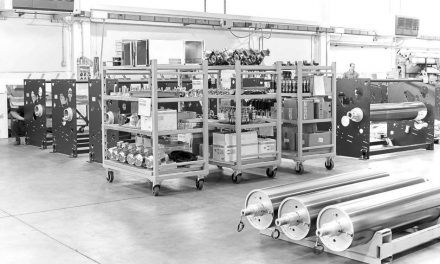 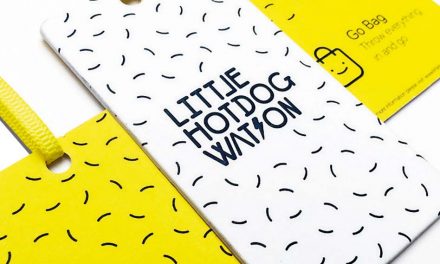 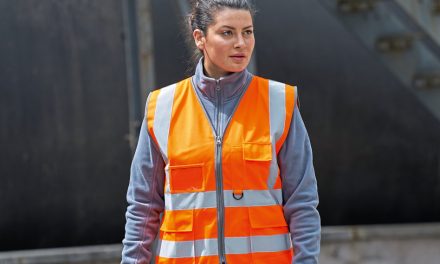