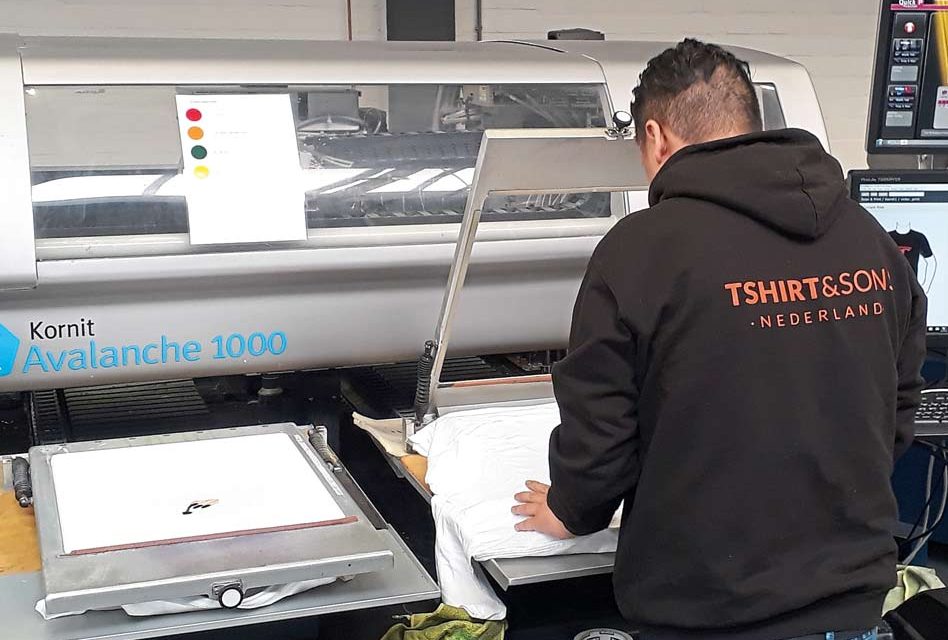 How did T Shirt & Sons progress from a manual screen printing carousel in a lock-up to become the largest DTG print shop in Europe and one of the top five in the world? We visited co-founder and director Andy Lunt at the company’s West Country factory to find out

The new unit housing T Shirt & Sons’ DTG operation opened last year and is home to a vast, well-organised garment area that wouldn’t look out of place at a multi-brand distribution centre, 10 Kornit Avalanche printers in climate-controlled rooms, hulking Adelco dryers and numerous staff, all of whom exude an air of calm efficiency. It’s an impressive set-up in anyone’s book, withmachines briskly producing print after print even though it’s only January – a quiet time of year. Well, what passes for quiet at T Shirt and Sons.

Brothers Andy and Jon Lunt started the business 30 years ago, setting up with a hand carousel in a lock-up in Bath. They gradually moved up to an automatic screen printing press, then another, then three, then four. The company still has three automatic carousels and, reports Andy, produces amazing screen print work. “But the majority of what we do now is digital, a couple of million shirts a year at least.”

They moved to their current location on the West Wiltshire Trading Estate in Westbury 14 years ago. Starting out in a single unit, the business’s rapid growth over the past four years has seen it expand into five units spread across the estate, including the new 34,000sq ft DTG facility, as well as opening a second 15,000sq ft DTG facility housing a further six Kornit Avalanches in the city of Venlo in The Netherlands.

“The Holland facility is for localisation, because that’s what it’s all about. If you place an order online and it doesn’t turn up the next day, you’re not very happy: ‘Where’s my parcel?’” says Andy. “Twenty to 48 hours is standard. Anything above that – don’t even bother. Don’t bother turning up to the party, because noone’s going to use you. Even 48 [hours] is a bit slow.”

Ask Andy to pinpoint the key to T Shirt & Sons’ rapid success in the DTG printing market and he singles out the efficient system that the company has developed to seamlessly take, create and dispatch orders. “Orders that come in today will be out by tomorrow. Everybody, if they get an order for one shirt, can get it out. But if they give you 10,000 shirts or 20,000 shirts, can you get them out on time? That’s the critical bit. That’s when scalability is essential. No serious retailer is going to come and talk to you if you can’t handle their peak volume.”

T Shirt & Sons has 124 full-time staff, plus 40 part-time, and operates 24/7 in the months leading up to Christmas, with T-shirt orders running into six figures over ‘cyber weekend’ alone. Then there is the four-person IT team that’s constantly at work on the internal IT systems and APIs. “On a busy day, we might send out 20,000 parcels. To do that efficiently and make money out of it you need to be really streamlined,” says Andy. “We’re almost more IT than T-shirts nowadays. It has to be technology-driven, which is why we spent a six-figure sum on the servers and technology to get to this level.”

From the Breeze to the Vulcan

The brothers’ first DTG printer was an Epson-based model from DTG Digital Europe. “One of our screen printing clients wanted a personalised project. It was hard work, really hard work, but it made us understand that something was going to happen here,” recalls Andy. The next purchase was a Kornit Breeze, which rapidly became three Breezes, then two Storms. Then in 2014, the big shift happened with the purchase of two Avalanches.

The current Avalanches, which were upgraded to R-Series models in 2017, will be upgraded again this year to the HD-Series machines that were launched at the beginning of the year. Given that the company purchases 12 tonnes of ink a year, the 30% ink savings promised by the new HDs – one of which it’s currently beta testing–makes the upgrade a no-brainer.

Using large-volume DTG printers such as the Kornit Avalanche rather than daisychaining smaller DTG machines is a hotly debated topic in the industry. Sun Frog in the US famously has huge numbers of Brother DTG machines, and is always hailed as an example of successful daisychaining. “We have this conversation here all the time, and it’s really difficult,” says Andy. “There is no right answer. BMW or Mercedes, which is better?” (Someone from the IT team immediately chips in: “BMW”.) “But how much is the ink? For an A4 print on a [Brother] GTX, I was told it was about a dollar fifty, so it’s over a pound. I’mnot going to tell you how much mine costs per garment, but it’s significantly less than that.”

The counter-argument is that if a Kornit breaks down, then the loss in production is more significant than if a small machine in a chain breaks. “Across the whole of our machines in the UK and Holland, we lost a total of six hours of production in November and December last year,” Andy reveals. “Six hours is nothing. We look after our machines. We have full-time engineers here who have been trained by Kornit and can strip the machines down and make them work.”

The current line-up of 10 Avalanches in the UK and six in the Holland facility is sufficient to handle production… For now. The company knows what growth is needed in the next couple of years because its team carefully tracks the growth and prospects of its customers. And even without taking on any new customers in the next year, new machines will be required, with space already set aside in the new unit to accommodate them. The new machines will include a Kornit Vulcan, which is said to be capable of printing 250 shirts an hour. “It’s an expensive machine – it’s a three quarter of a million pound investment – but it does produce the numbers, and it gives you a crossover to screen print,” says Andy. 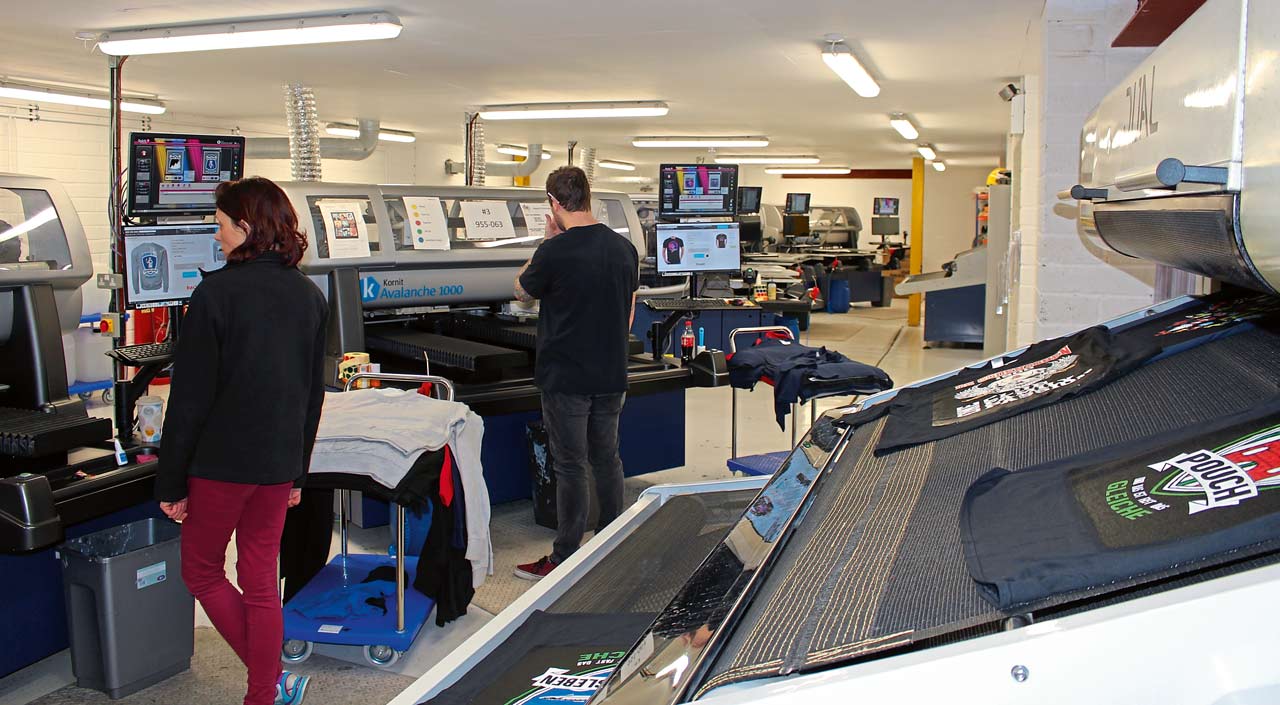 While walking round the new unit, Andy explains the importance of quality control to T Shirt & Sons’ operations. He estimates that each email sent by an end customer to one of his client’s customer service teams costs his client $4. “If your customer gets an email from their customer going, ‘This shirt’s not how I wanted it,’ not only do they have to have that $4 conversation, they’ve now got to replace the product. Instantly they’re losing money. And what do they do? They don’t lose money. They come to me.

“So our QC’s critical. We spot the tiniest little imperfections, from everything like the size of the garment to a hole in the armpit, fromprint quality to the positioning, to ‘Is this what the client actually wanted?’ Because often people don’t understand what they want.”

While all the artwork is checked on computer screens in the offices for resolution size, contrast, colour etc, down on the factory floor, each T-shirt is checked as it comes out of the dryer. Any concerns and it gets put aside for the quality control manager to assess.

This attention to detail extends to measuring every aspect of the business. “Every business is unique, and you need to know everything about your business. How can you make money if you don’t know what’s going on?” asks Andy. “It’s all very well me saying this though, but you have to be able to get to a certain size to be able to afford to automate everything so it’s easy to measure. I couldn’t have done this five years ago. The bigger you grow your business, the more resources you have, generally.”

For many decorators, scaling up a business, let alone growing it to the size of T Shirt & Sons, is a challenging proposition. Andy believes part of the secret to successful scaling up is specialising in a particular area or process and sticking to what you know. “We’re a good, old-fashioned business-to- business printer. There’s always going to be a market for shops doing their own brand, of course there is. But the really successful people are the ones that don’t do both. A marketer is not a manufacturer, and a manufacturer isn’t a marketer. I don’t have to do all the customer services, I don’t have to host websites or anything. But I am delivering to up to 20,000 customers each day.” 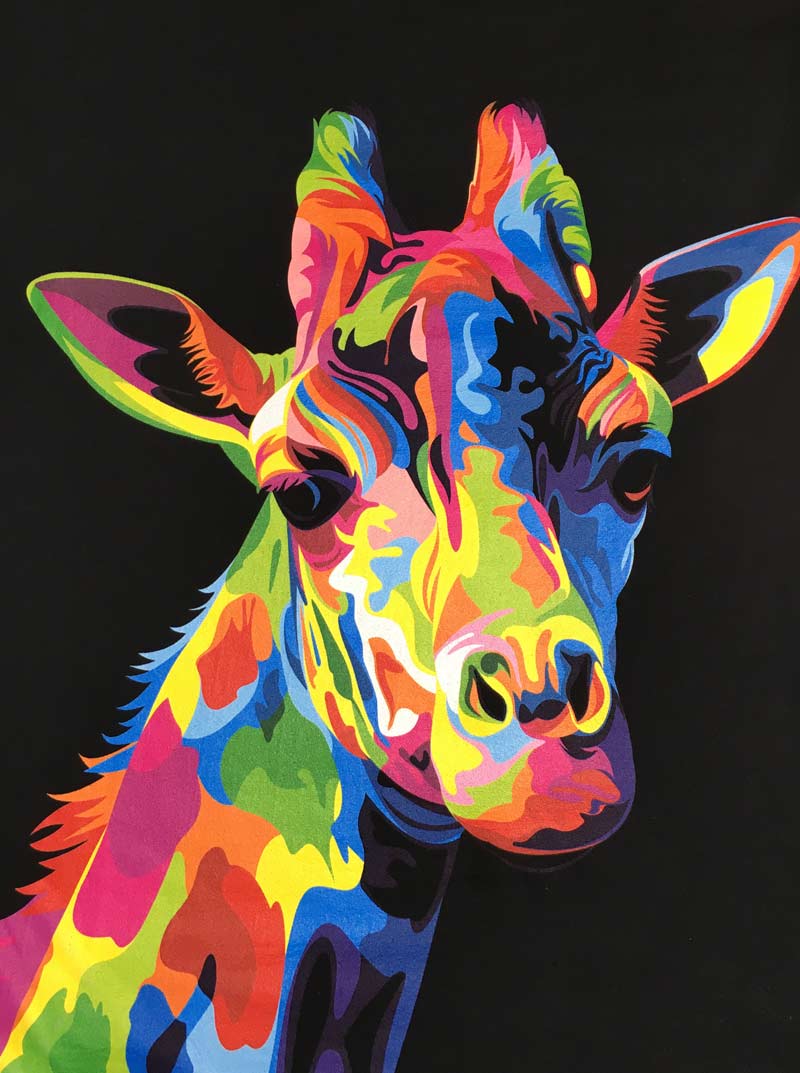 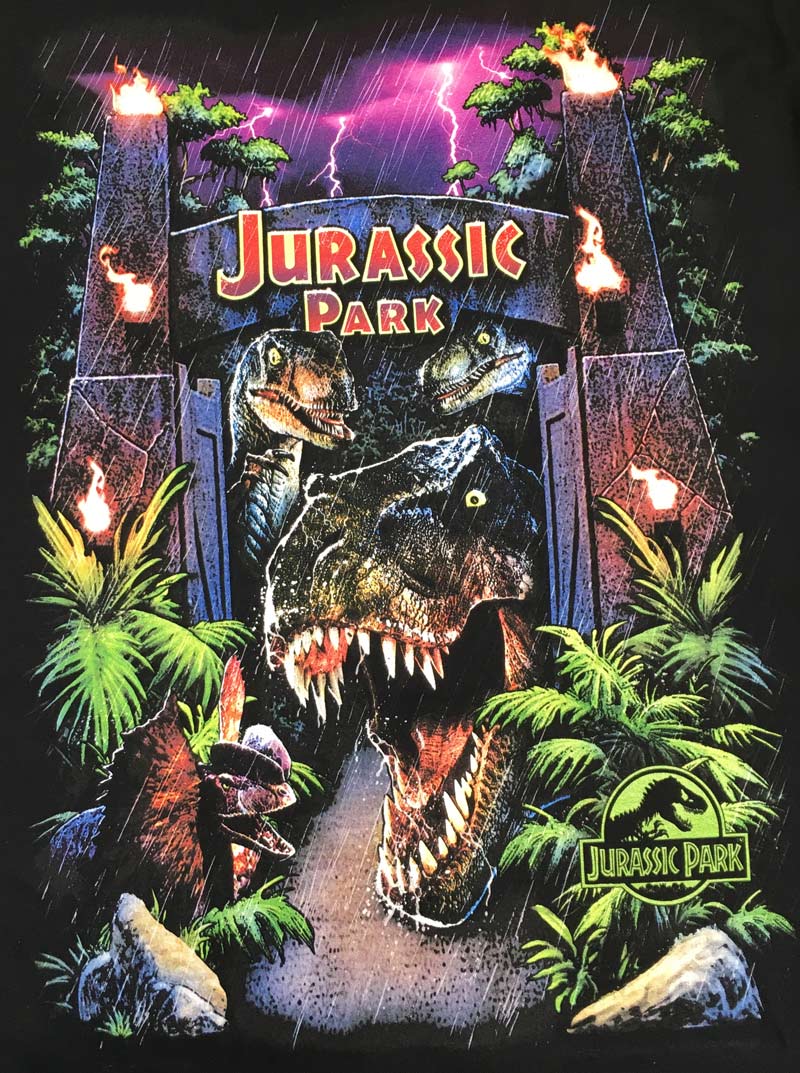 And the rapid growth achieved by T Shirt & Sons isn’t for the faint-hearted either. Deciding to buy the two Avalanches in 2014may have been a calculated risk, but it still required sturdy nerves to get through the first few months. “It was terrifying,” admits Andy. “It was almost seven hundred grand’s worth of kit. And we needed a new dryer as well, so we bought an Adelco. Adelco are the best dryers by a country mile. Mark and Leigh [Smith] have been in the industry a long time and are the only owner-owned manufacturer/distributors in the industry. They’ll actually look at what you need and will then create a solution for you, rather than trying to find a product to fit you. That makes a huge difference. We’ve got six Ecotexes now and three Duals. The Dual is just amazing, you can get a huge volume of digital through a very small area. And Steve, who’s their main engineer, he’s just brilliant, he really knows these machines.”

The right people for the job

The biggest challenge the company has faced, however, has been recruitment. “We’ve gone from having a small business that we could really understand, to suddenly going places very fast. We’ve had to recruit some really high level people into our business that I would never have thought or dreamed of employing a few years ago. Director of finance, an HR department, even a health and safety officer. Four coders. It costs a lot of money. You realise that, yes, your business is growing and turning over lots of money, so now you have to employ the right people or you’ll fall over.

“Our management team is amazing. Our facilities manager ran one of the big grocers’ distribution warehouses for years. We’ve got some really very special people in the mix who understand about scalability and running shifts 24/7.”

The Avalanche R-Series machines, seen here at the Venlo facility, will be upgraded this year to the new HD-Series

As for the future, Andy sees only continued growth and expansion. “This segment of the market is growing at a phenomenal rate,” he confirms. “In the last four years, we’ve probably grown six times more than we did in 25 years. We doubled our turnover last year, and expect to increase turnover by 30-40% this year.

“We know exactly what our capital expenditure is in the next 12, 18 months, we know what the projections are, the profit for next year… Five years ago, if someone had said, ‘Do you know actually how much money you’re going to make next year?’, I’d have said, ‘No idea’. Well, we do now. We know, everything’s right on budget – there are no surprises.”

Additional European facilities are one likely area of growth. Having chosen to set up in Holland thanks to the country’s accessibility, language and tax advantages, Andy is also well aware of emerging markets in Spain, France and Italy. “I’ve got no plan on the table as such. But the fact that I’ve done it once means that I probably will do it again.” 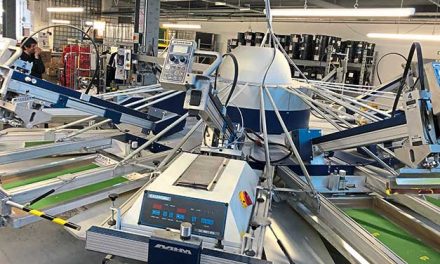 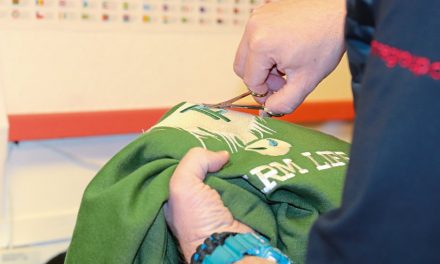 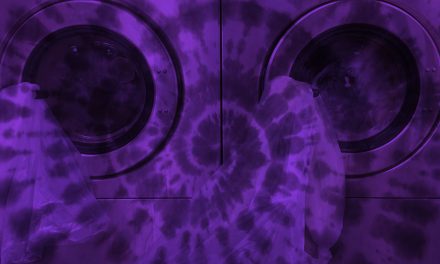