It’s four years since John Cooper of Stitch-Up Creative bought his first NeoFlex D2G machine. Rachael Glazier caught up with him to find out how this machine has transformed his business

The first thing John Cooper thinks about when he wakes up every morning, and the last he thinks about when he goes to bed at night, is printing. That’s not wholly surprising when you consider that the rapid expansion of his business has led to John sharing his home – and bedroom – with a growing array of textile decoration equipment. “Yes, we even had printers in our bedroom – it was quite shameful!” he laughs.

In 2011, Images ran a series of articles looking at businesses that had bought various direct-to-garment (D2G) machines. One of the interviewees was John, joint owner, with his partner Angie Griffiths, of Stitch-Up Creative in Bridgend, South Wales. Their story was particularly memorable because they had taken a different path to the others featured in the series, as well as most garment decorators in the UK, by choosing a D2G machine from a company that had no UK-based support: the NeoFlex from All American.

“It really was (taking) quite a chance for me because it was a large investment,” admits John. “There wasn’t any support in the UK and it was our first venture into D2G printing.” He had, however, done a huge amount of research and was convinced the NeoFlex was the best machine for Stitch-Up Creative, ultimately taking the plunge and becoming the first company in the UK to invest in the brand. It’s a gamble that has paid off, as not only is Stitch-Up still using the same machine today, it is planning to purchase its third NeoFlex printer later this year. Fortunately, this machine won’t have to be squeezed in between a wardrobe and chest of drawers, but instead will be housed in the new Stitch-Up shop that John and Angie are opening in Bridgend this month.

“It really has been brilliant,” says John. “It’s a great machine and the support has been superb.” He went to Germany for training that was backed up by a considerable amount of online training via Skype. Another great help has been an online advice forum where the owner of All American, the company behind the NeoFlex, is a regular presence. Based on the quality of his own experience with the machine, John has subsequently trained the other 15 or so NeoFlex users in the UK who have since bought into the brand. “Every NeoFlex user in the UK comes to me for support. They come for training in how to use and maintain the machine. I’ve documented all the problems I and others have had, and I’ve documented the resolutions: I’ve built up a good resource.”

Left: The NeoFlex D2G printer set up in John’s home: the machine can print three T-shirts in a single pass. Bright colours are a feature of the NeoFlex and DuPont inks

John’s willingness to help others get the most out of their machine is evidenced by the number of videos he’s posted on YouTube that show various printing techniques as well as give advice on maintenance – he estimates that he’s posted between 400 and 500 videos. “The main concern for anyone who does their research on D2G is support and so they’re more likely to choose a UK-based machine for obvious reasons, but my feeling is that we give them probably as good, if not far better, support,” says John, adding: “We have the biggest online support structure by a mile.”

When Images spoke to John four years ago he mentioned wanting a printer with a good self-cleaning programme as he wasn’t anticipating high production volumes initially. He also had plans to take the printer to shows and events for printing on demand, on location. He even went as far as buying a motorhome to take the printer on tour, but it never happened. “We just didn’t have time,” explains John. “We had so many orders coming in that we couldn’t allow the printer to have any downtime, it had to keep printing. We started off, as does everyone, wondering where the business was going to come from and then we started printing and word got around.” Angie and John built their own website, which generated yet more work, until their house, which they worked out of, started to resemble an industrial unit, with them sitting (and sleeping) in amongst their equipment.

It’s little wonder John and Angie decided to buy a shop, complete with separate living accommodation. “We’ll be able to completely divorce the business from the living area,” confirms John. It will be open mid-March, marking an important step in a business that started with the purchase of an embroidery machine from eBay six years ago.

Stitch-Up Creative has heat presses too; despite looking into conveyor dryers over the years, John remains of the opinion that a heat press produces a softer feel compared with prints cured in a conveyor dryer, which he suggests can feel more “abrasive”. As well as all his own machinery, John will soon be taking delivery of NeoFlex machines for resale, so All American can ship direct from his shop to UK buyers.

Another development in John’s D2G business has been the move into supplying inks. “One of the biggest hurdles with D2G is the cost of inks,” comments John. “Without doubt the best ink on the market is DuPont. Unfortunately that also meant that it was the most expensive by quite some margin, so I’ve struck up a deal with All American so I’m able to market it (DuPont D2G ink) in the UK and Europe. I’m probably the cheapest in the UK by some margin presently.”

What makes Stitch-Up’s rapid growth even more staggering is that both John and Angie have full-time jobs with the police. “Some days we’ve been printing until 2, 3, 4 am in the morning, and then I’m in work at 6 am – sometimes it’s a bit difficult” John laughs. The plan is for Angie to take the business on full-time along with John’s son, 28-year-old William, while John takes more of a back seat. “I’m 62 years old and progressing towards the day I’ll retire. The garment decoration business is something we both enjoy immensely and will provide an income in retirement.”

What hasn’t changed since Images first spoke to John is his admiration for the NeoFlex and the support he has received from All American: “I’ve never found a company that is so supportive of its customers and is sincerely interested how things are going.” Despite checking out many other D2G printers at various shows, John still believes the NeoFlex can’t be beaten, explaining that it’s a combination of the printer itself and the software which makes it stand out for him. His advice to those who want to judge different printers and software is to take artwork to trade shows and ask different companies to print the image on to a T-shirt, and then compare the prints, paying particular attention to any gradations from one colour to another, such as white to black.

He’s excited about a new piece of software from All American that allows white ink to be printed at the same time as colour inks, cutting the print time of a large, high resolution image from perhaps eight or nine minutes to less than five. “Of course there is going to be a trade-off in quality, because if you try to do something quicker then there will be a slight difference, but if you’re not printing photographs – and generally we’re not, we’re printing artwork, whether it’s clip art or artwork that a customer has produced – you can never tell the difference.”

The main change he’s seen in the industry over the past four years is the increase of people using D2G printers. “They (D2G printers) have reduced in price enormously, so it has become something that more people will consider. I think I paid US$18,000 for mine; you can buy a NeoFlex now for probably around US$5,000. Anyone who’s into craft printing, or sublimation printing, it’s something now they can consider whereas before they couldn’t.”

While he doesn’t see prices dropping any further, he sees the market opening up to more people thanks to (smaller) machines, such as one from NeoFlex, that print one shirt at a time rather than the three that his machine will print in a single pass. “It (the single print NeoFlex) is not so much of a production model as the one I have, but nonetheless the quality of print is the same.”

As John laughingly agrees, the smaller printer is the perfect size to fit in the bedroom of someone whose life has become taken over by D2G printing. “If we had stayed where we were we probably would have one,” he jokes. 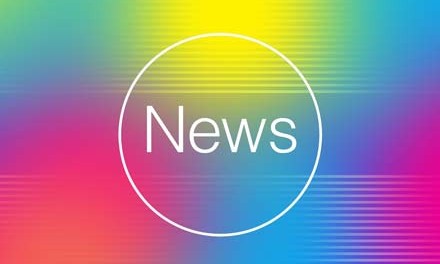 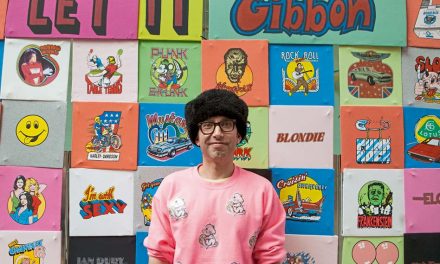 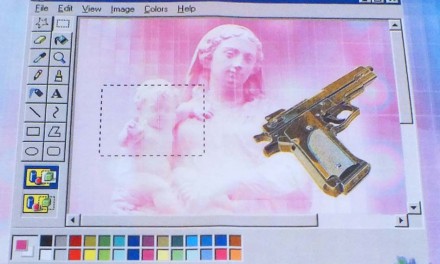 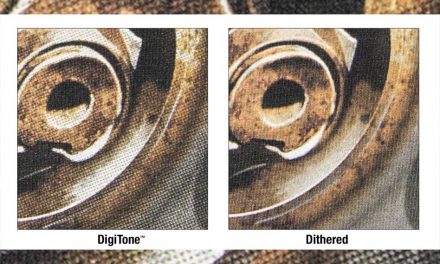