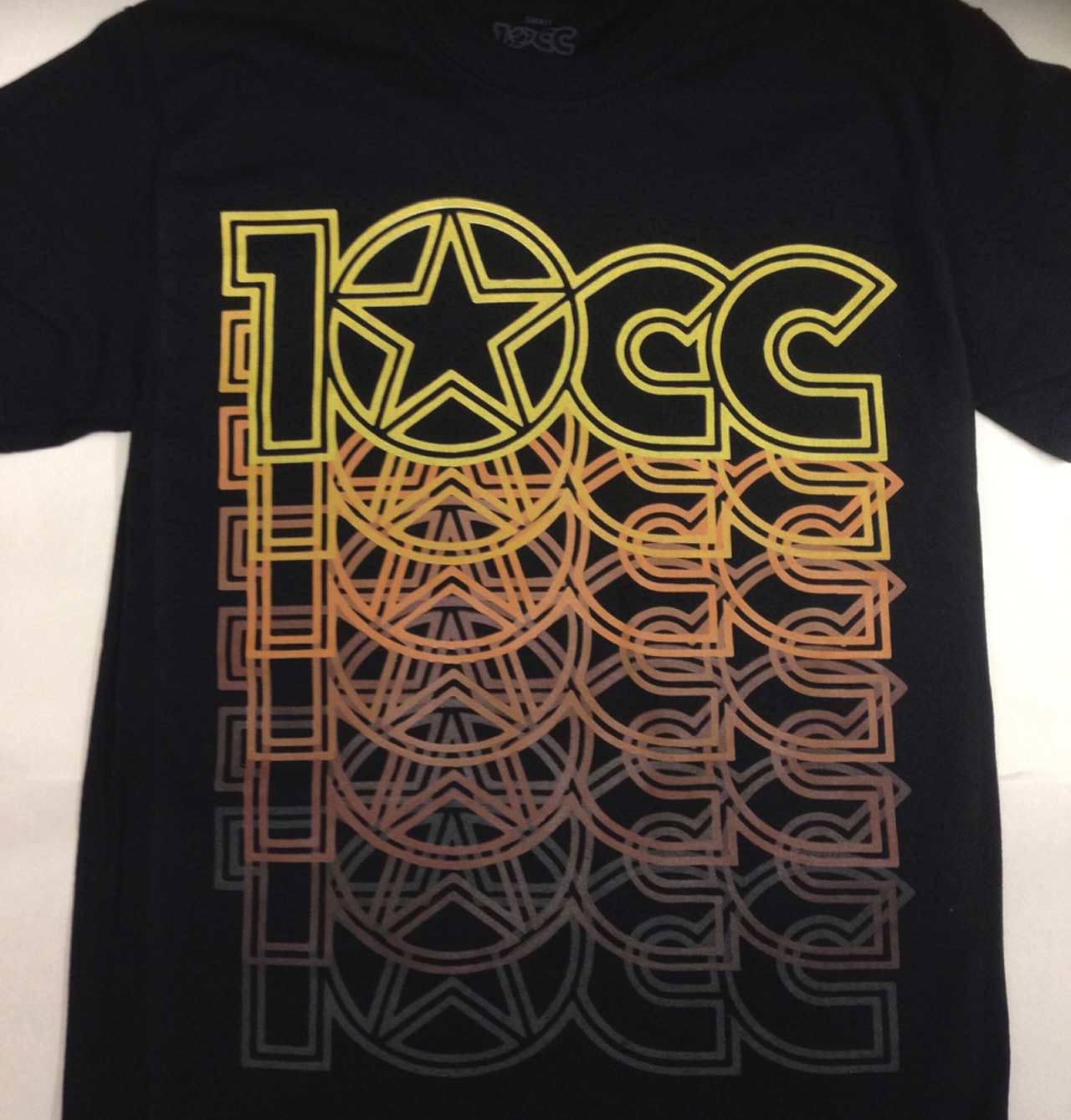 Our October Decorated product of the month is a 10CC tee from Calder Screenprint, which demonstrates excellent control over the gradation of colours.

Andrew Smith of Calder Screenprint reports that the design was printed on Gildan ringspun T-shirts using Magna discharge inks. It was printed through 62t, 77t and 90t mesh counts, on a 10-colour SRoque automatic machine with flash stations. The process was: print one and two; flash; print three, four and five; flash; print six and seven.

Andrew also used Pyramid plastisol inks on some of the coloured T-shirts. First he applied a white base (62t) then flash; print two and three (90t); flash; four and five (90t); flash; and finally print seven, eight and nine (90t).

The artwork separations were produced by Jason at Flying Colours Textiles. 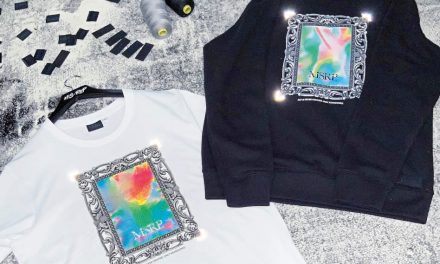 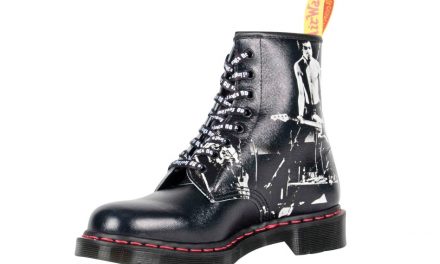 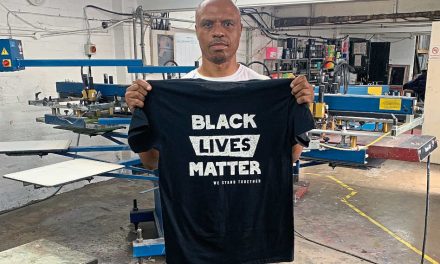