The team at T King Associates

Buckingham-based T King Associates is expecting to turnover £1.3 million in 2015. This represents a 10% increase on last year and is a far cry from what founder Trevor King expected when he bought a single platen screen printing press to knock out some promotional T-shirts for his building products company more than a quarter of a century ago.

Trevor had spent the first 20 years of his career working in the sales and marketing of building product companies, but as word got around that he had a screen printing press in his garage other people started to ask him to print some tees for them too.

The printing remained as just a sideline, however, until the day Trevor visited a PetSmart store to buy a guinea pig for his two young daughters. “When we came to the checkout I noticed that the girl had a printed logo on her top. With my sales and marketing hat on I got chatting to her and asked her who they got them from. She gave me the names of the people that ordered the shirts and I wrote to them. We did that in those days,” deadpans Trevor. He didn’t expect a response – “ It was a bit like throwing it in the bottom of the sea really – I mean, they were a huge American company based in Swindon” – but two weeks later he received a letter saying PetSmart was looking at rebranding and could he send in some samples.

“I hadn’t really got more than about two customers at that time so I rattled off some samples and sent them off.” PetSmart was impressed with the speed of the response and Trevor’s competitive pricing – his overheads were limited to one three-pin plug socket, he laughs – and he won the contract. “They started banging through orders. From memory I think they were about £3,000 every month. I got the whole family out in the yard with the single platen machine; fortunately it was a single colour logo! It was all hands to the pumps and we got our orders out very, very quickly. It worked well.”

PetSmart ordered regularly for the next three years, during which time Trevor invested in the business by buying new machinery and moving into a commercial unit. “I’m quite an old codger really. I’d been in business for long enough to know that these things don’t last and so it’s a good idea to reinvest in machinery and other things.” The contract ended abruptly – because of a merger, as Trevor understands it. “Had I been 19 when I started that would probably have been it: I would probably have blown the money that was coming in from that job and not taken it any further. But luckily I had those three years combined with my experience to build the business up.”

He learned to use the first machine “probably by initially not reading any instructions,” he says only half jokingly, and so the first years of T King Associates were spent learning through practice. “I walked through the factory earlier today and saw a guy doing a heat press on a fleece jacket. I remember that was one of the first mistakes I made: melting the plastic bits on a fleece,” he recalls with a smile.

The company offers both clothing and promotional products, with the emphasis on garments. Although it started off as a screen printing company, embroidery now makes up the bulk of the decorating side, explains Trevor’s son John. In the early years the company outsourced all the embroidery, but this all changed when John returned to the business 12 years ago, after working across Europe installing and supporting printing presses (he even had a spell working as a machine operator for Newnorth Print, the printers of Images magazine).

“I bought a little single-head embroidery machine, but I couldn’t get it to work,” admits Trevor. “John came from a printing background, so he knew all about colours and tone and printing, but not so much embroidery. He went upstairs to where the embroidery machine was and about an hour later I heard it working. I still can’t even thread a bobbin.

“I was very fortunate. A lot of people bring their sons or daughters into the business and they’re not really up to it, but John was. He picked up on the technical side, which I probably would have struggled to take further. He can walk out there and he can sort out the software on the machines and all the stuff that I can’t do. My strength was always sales and marketing, so the company probably would not have had a manufacturing base in the same way if it hadn’t been for John, who’s quite comfortable with all those things.”

The demand for embroidery was – and still is – greater than for print, John adds, and so the company brought the whole embroidery service in-house and continued to grow that side of the business. They now run a six-head embroidery machine and a bank of single-heads – all from Tajima – and in January they took delivery of a new eight-head machine that runs 12 hour shifts, five days a week.

When they took on the latest Tajima they also converted all the machines to barcode scanning, which has made everything run much faster and more smoothly. “The team can focus more on the quality of the embroidery and what’s coming off the machine rather than hunting around trying to find an embroidery disc,” explains John.

The barcodes work with Pulse software, and the company also uses Wilcom software for the embroidery. They make a point of never having machines that are more than three or four years old. John comments: “I know people that are running machines that are 10, 15 years old, but we try to keep the machines up-to-date as it keeps us in regular communication with suppliers. It was when we started looking at the eight-head that we found out about the software and the technology that we can use with the barcode scanning.”

World domination
The market for embroidery has grown significantly, according to John, and there are now three members of staff working purely on the embroidery side of the business. “People still perceive it as a higher quality option as opposed to a printed T-shirt, although we still produce an awful lot of printed garments as well – both have a defined place in the market,” he notes.

The company moved in December from three small units, which John describes as being “like a rabbit warren”, to a 7000 sq ft unit on the same industrial estate. The unit also houses a digital Roland print and cut machine, heat presses, a small screen print machine, a bagging machine and various other pieces of equipment, as well as the 12 members of staff.

As for the garments themselves, the team prides itself on the wide range it offers thanks to distributors such as BTC and Ralawise. Trevor comments: “The Russell 539M polo shirt is very good for embroidery. It wears and washes well. They’ve got a good, solid range but we don’t just focus on Russell. One of the suppliers came in recently and he said we’re quite unusual in the fact that we don’t focus on one product.

“Tee Jays is a new brand for BTC this year – I’m wearing one of their jumpers at the moment actually. It’s a bit more of a premium product. People are looking for a better quality now: it’s not all about the prices, it’s more about the feel and wearability, and ultimately the service they receive. People are more fashion-conscious in the uniform market, you’ve only got to look at Ralawise’s latest catalogues to see that.”

Trevor is planning on reducing his hours over the next few years, although he certainly won’t be using the time to take up any of the traditional retirement hobbies. “I’m crap at golf!” he admits, adding: “I’d like to focus a bit more on strategy and planning.”

John’s ambition over the company’s next 25 years is more succinct: “World domination is our plan,” he laughs. 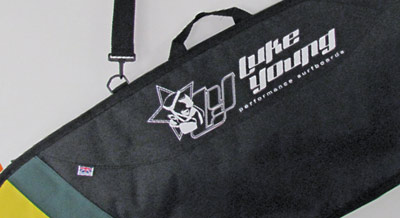 Get on board with Whasup bags 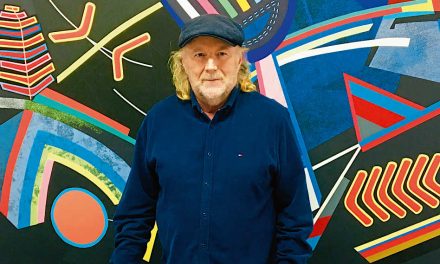 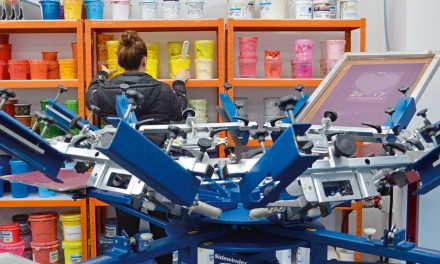 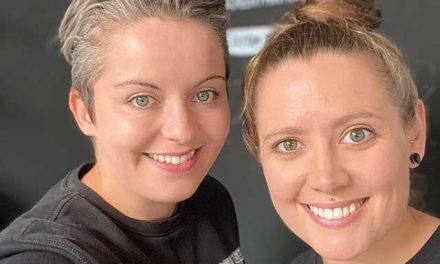