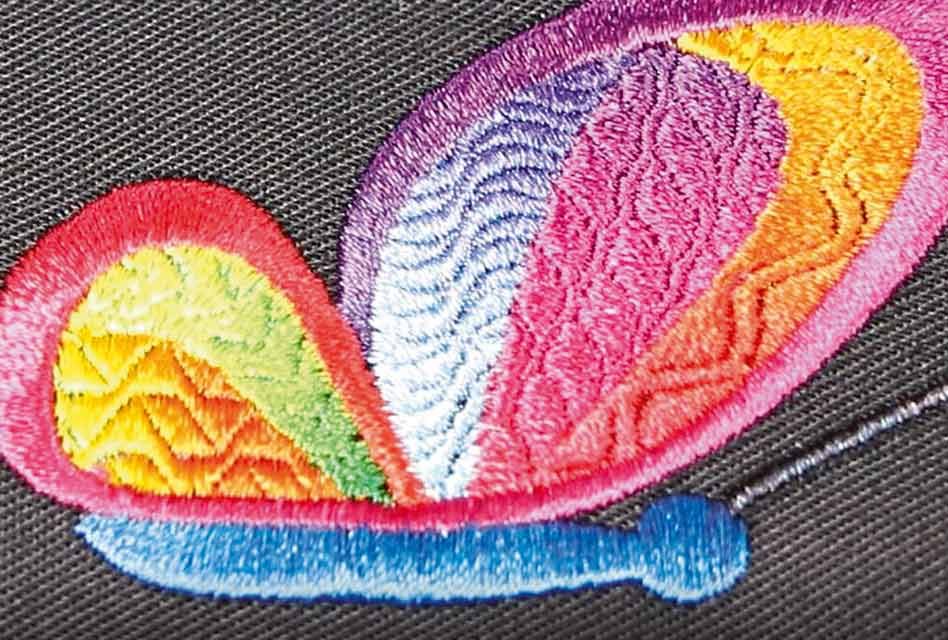 Coloreel launched its instant thread-colouring unit in September at Avantex in Paris. Here‘s an exclusive step-by-step on how this new technology aims to disrupt the embroidery industry

When Images first wrote about the Coloreel unit in April 2017, it was clear that if the commercial version of the unit lived up to the hype generated by the beta unit, it would be the most disruptive thing to happen to the embroidery market in decades. Last month, it was finally launched at the Avantex trade show in Paris.

For those needing a quick recap, the Coloreel unit instantly colours white thread before it is embroidered into the design, allowing multiple colour changes in a design with no thread changes. Even more impressive, gradations of colour are possible, something that was previously very complex to achieve with embroidery alone.

The unit, one per head, can be attached to any make of embroidery machine and doesn‘t need to be removed if it’s not in use, for example when a design calls for speciality threads such as metallics.

In the intervening year and a half since Images broke the news about Coloreel, the Swedish company‘s team has been working hard to refine the unit, explains Magnus Hellström, VP of sales and marketing. “The design has changed so it looks very different now – it’s much nicer looking – and an LED light strip has been included that in the future will indicate operator information.” The Coloreel unit is operated by a touchscreen below the LED light strip, and can also be operated from the user‘s computer. 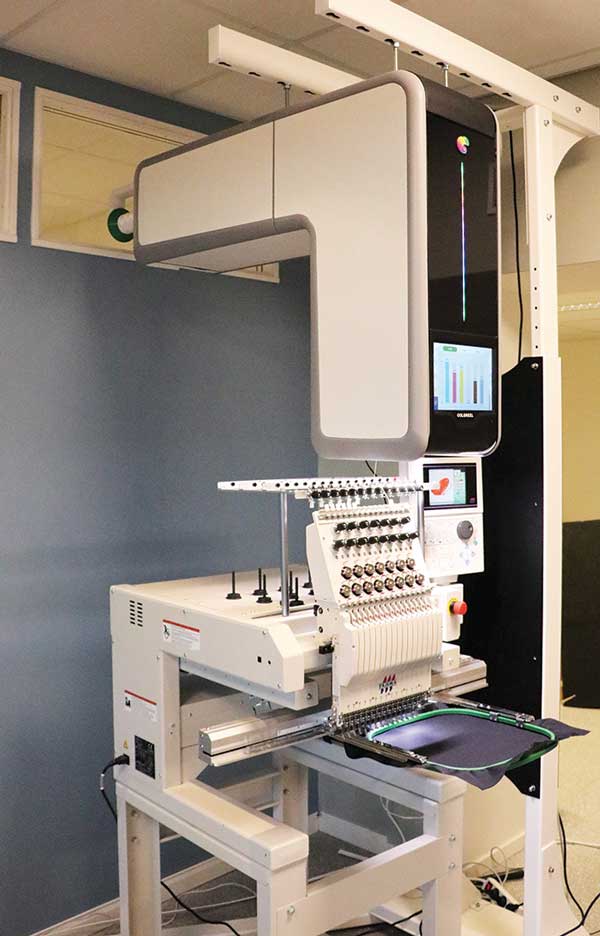 The Coloreel unit will start shipping in 2019 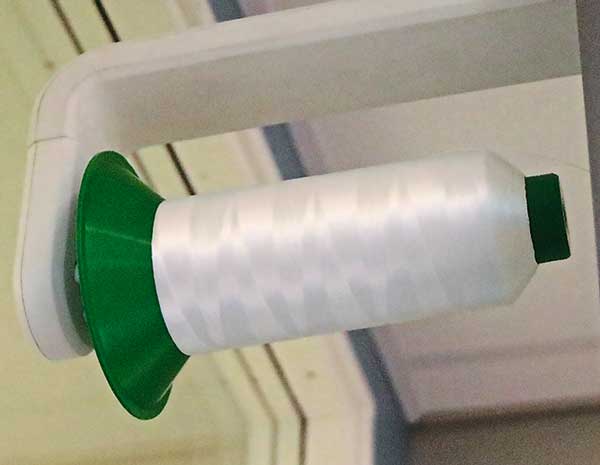 Only white thread is needed when using the unit

Feedback from companies visiting the Swedish company who have had their own embroidery designs demonstrated on the unit has been very positive, Magnus reports. The unit also comes with embroidery colourisation software that can be run on both PCs and Macs. “It‘s very easy to use,” he confirms. “We‘ve had digitisers here and they’ve felt very comfortable with the software. If you‘re already using other software such as Wilcom or Pulse, it won‘t be an issue.”

The unit will be available to ship at the beginning of 2019, and they‘re hoping to sell a few thousand in the first year alone (distribution is currently secured for a large part of Europe, and Coloreel is working towards finding a distributor in the US and parts of Asia). The list price in Europe will be around €20,000; prices for the consumables are yet to be set.

The four ink cartridges in each unit hold 200ml of ink each, and aren‘t expected to run out very often. “We have estimated the usage of ink to be just above two litres a year, based on five and a half hours of production each day, five days a week,” Magnus reveals. 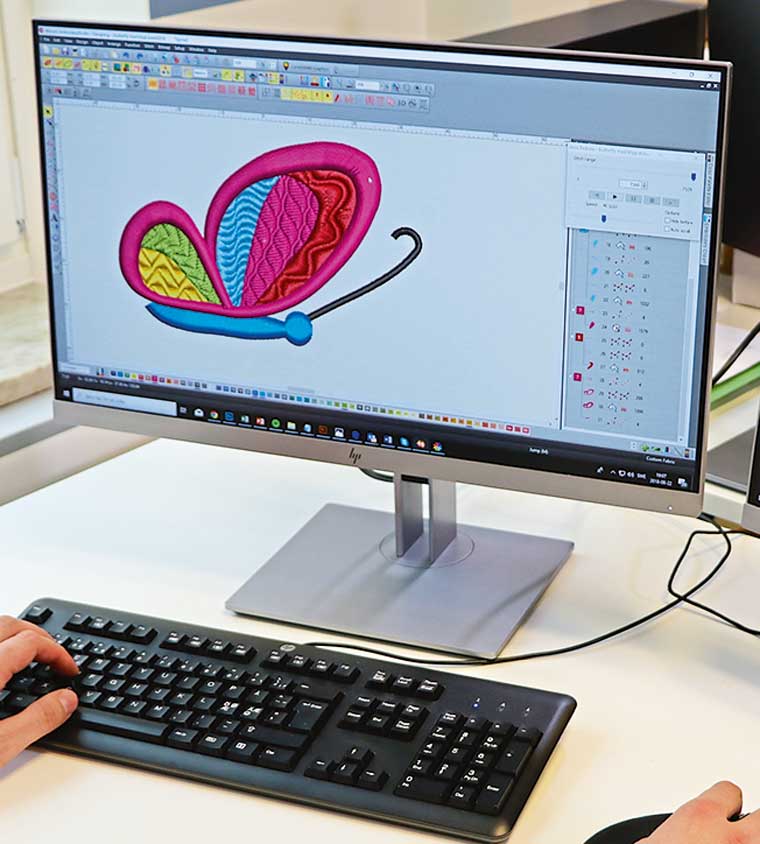 1. Create your embroidery design in any digitising software 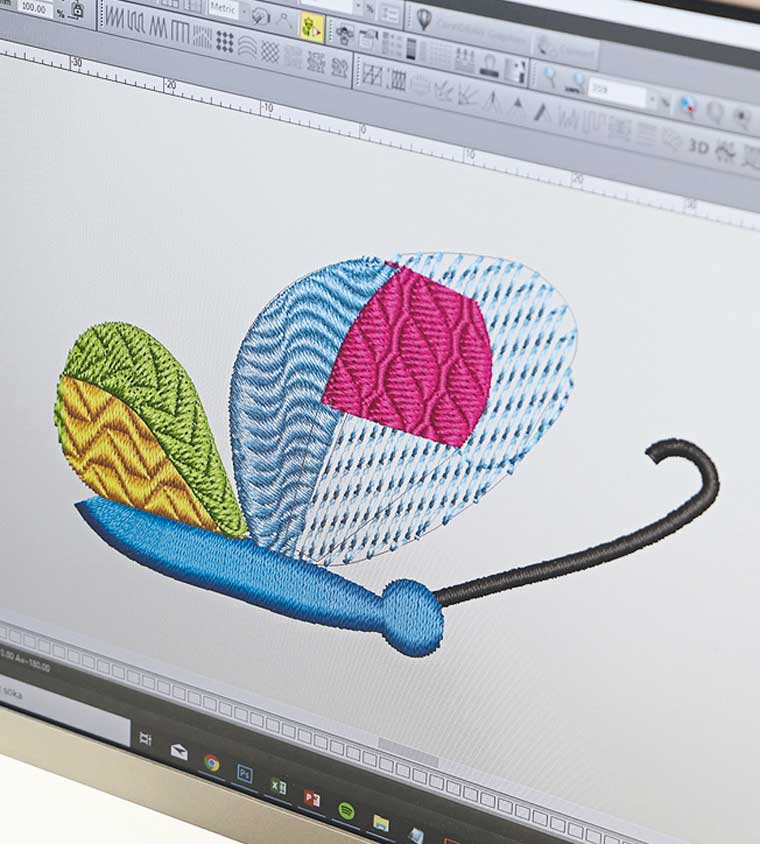 2. Digitise and think about making underlay for colour changes and then export the DST file 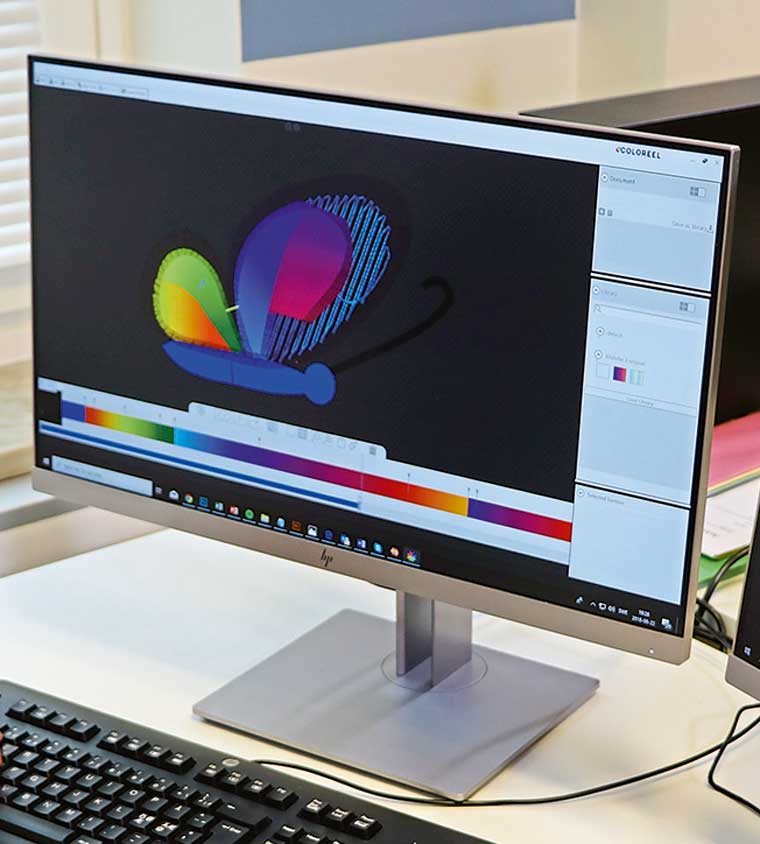 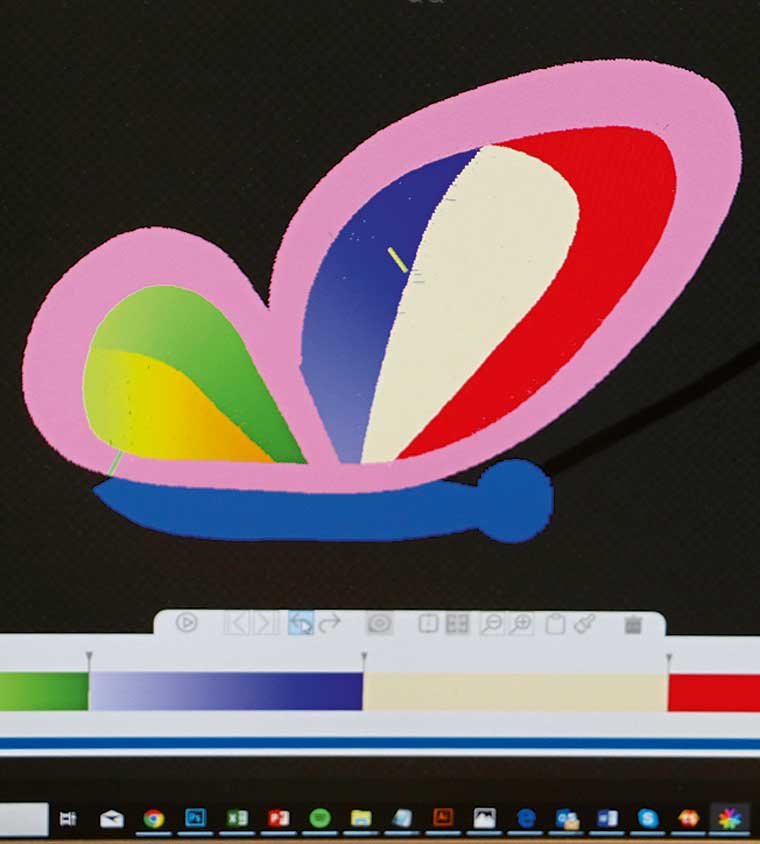 4. Add any number of solid colours, smooth colour transitions or other effects. Here, the wing part of the butterfly is made of various gradients, while the body and the antenna are solid colours 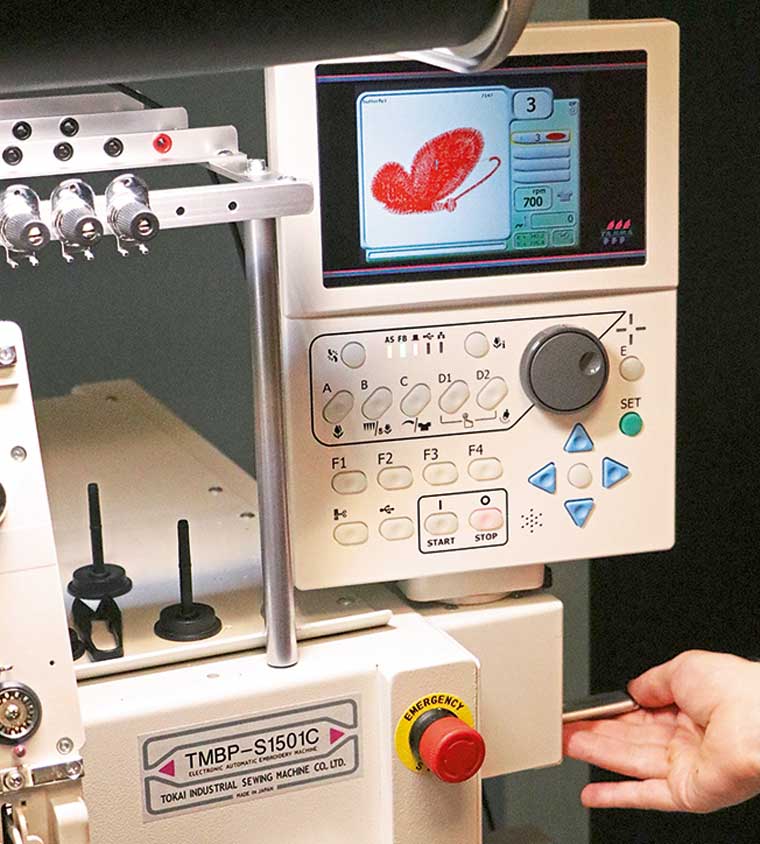 5. Input the DST file as usual to your embroidery machine; a Tajima TEMX – C1501 15-head was used for this design 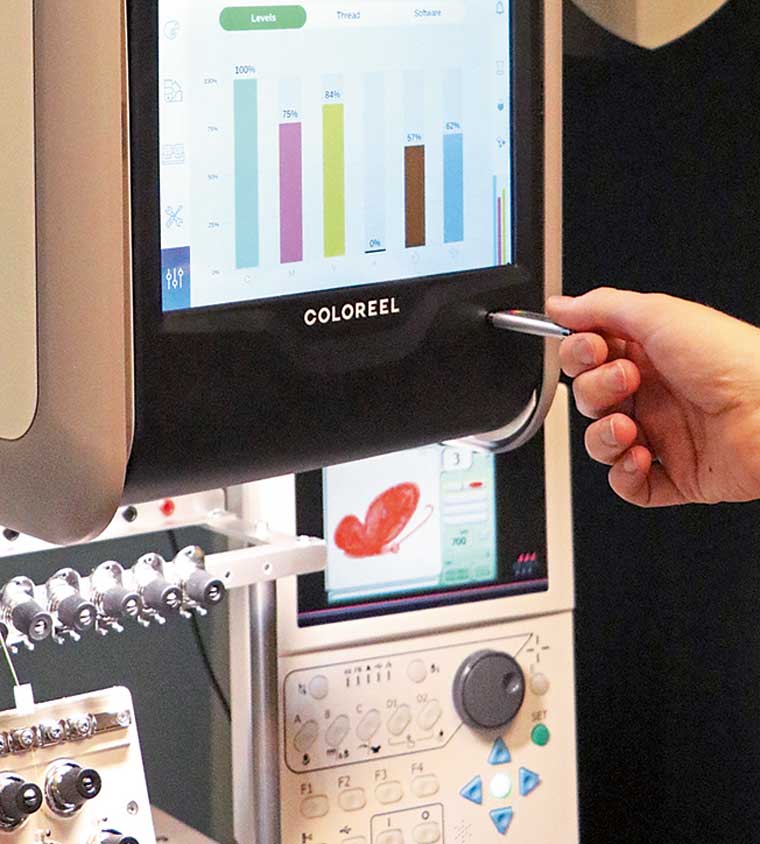 6. Load the file from the colourisation software into the Coloreel unit 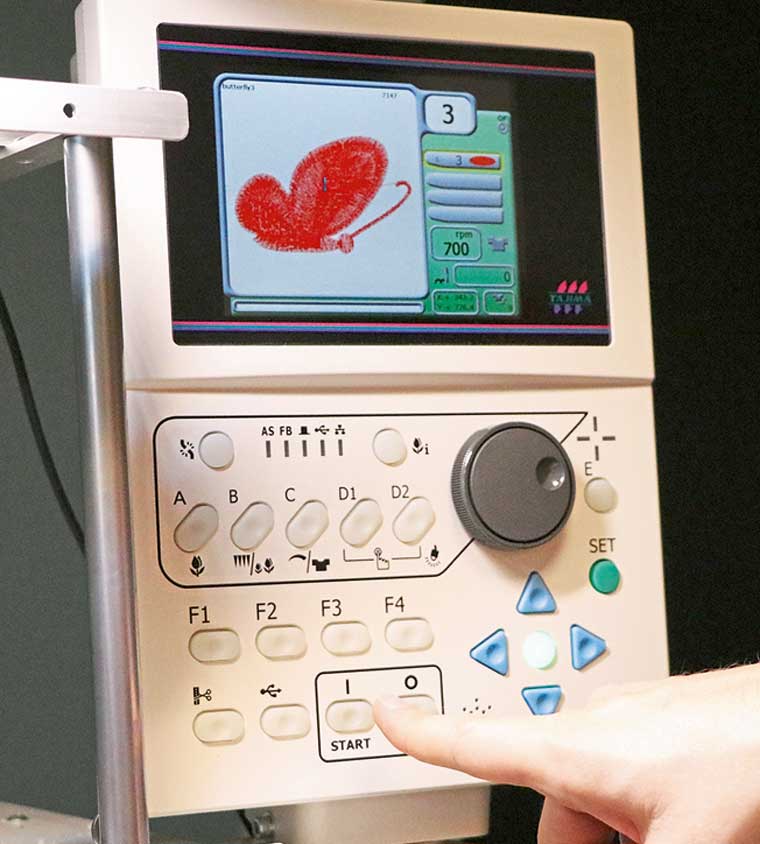 7. Press print on the Coloreel unit 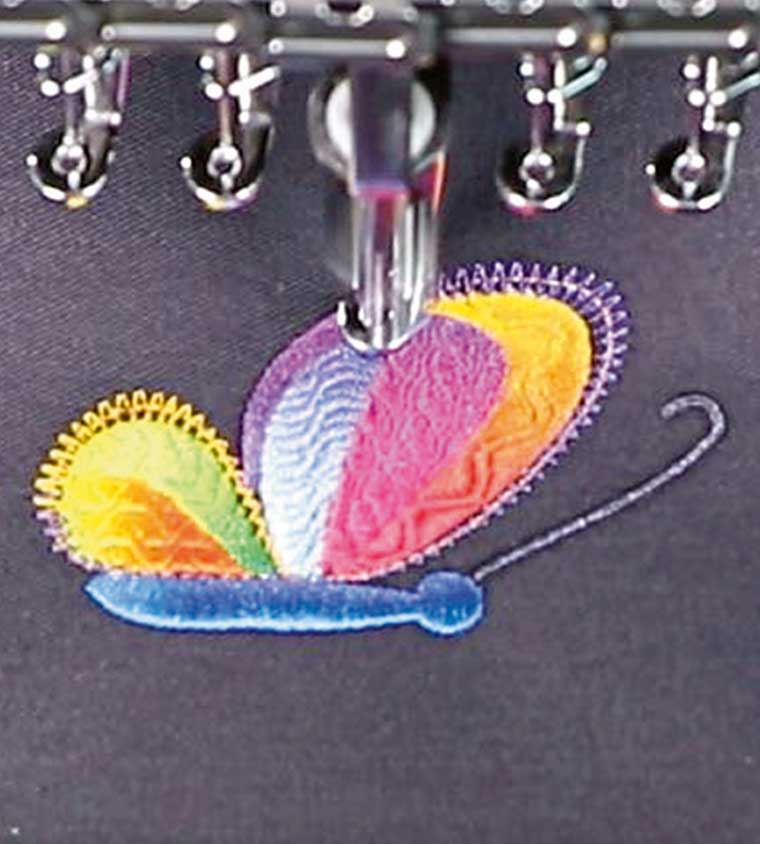 8. Start your embroidery; the Coloreel unit colours the thread as you stitch 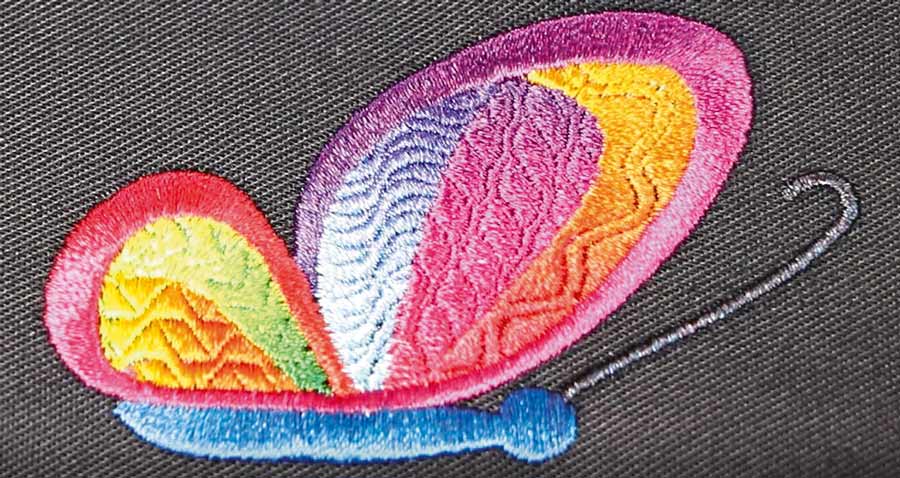 9. Voila! You now have a completed multicolour embroidery made with Coloreel technology from a single white thread! 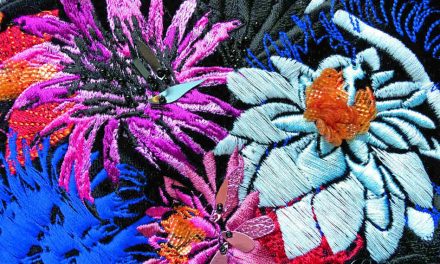 Anatomy of an embroidery: Japanese-inspired jacket 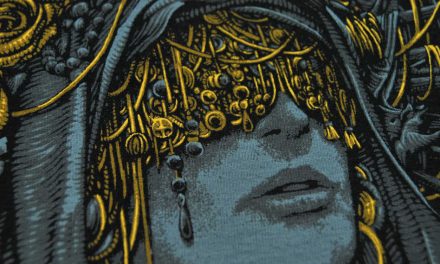 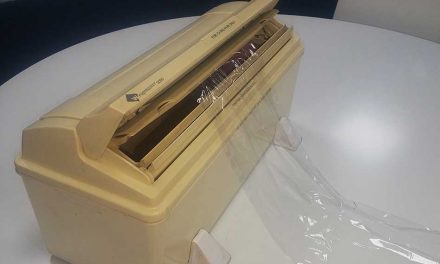 Under stitching and backings for woven shirts 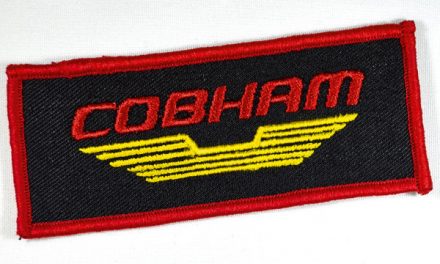