A guide to reflective inks 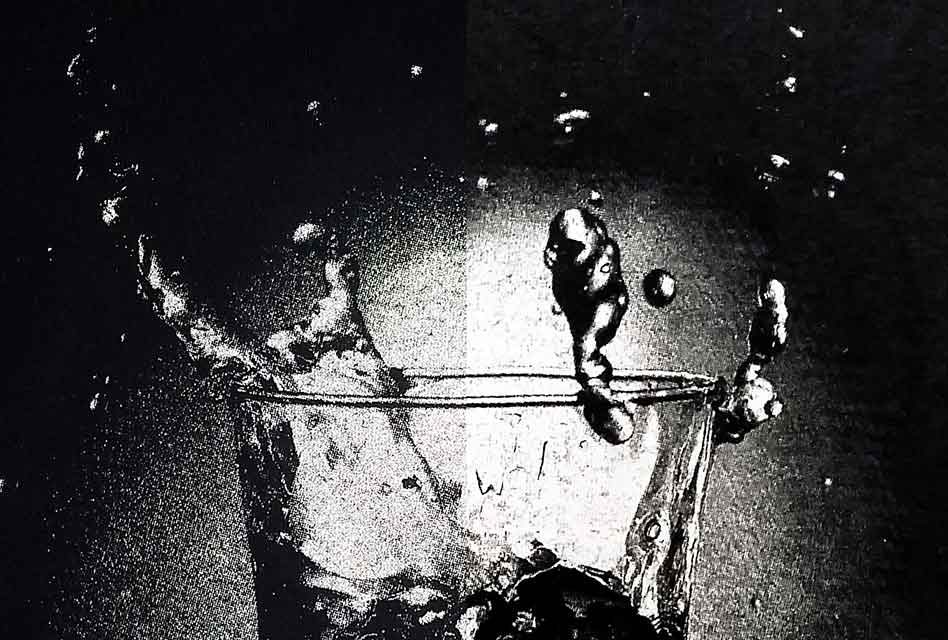 Reflective screen printing inks have been around for many years. However, I remember using an early three-part system a long time ago and while it was great, it was much more difficult to use than today’s versions. Fine details couldn’t be printed because the older reflective inks used to clog the mesh. Not only that, but reflective inks were more expensive back then.

Today’s reflective inks are much improved. The most common – and my preferred – type of reflective ink is the pure grey/metallic reflectives, as well as the reflective ink which has some additional silver shimmer added for a flashy look that is more attractive in appearance when viewed in regular daylight. These inks contain microscopic glass beads that have been partially coated with a reflective metal, which is what makes them reflect the light that hits the beads back to the viewer.

There are other types, such as a clear for example, but in my opinion they are for a very specialised market and don’t reflect as well as the coated metallised types above. Some manufacturers also have ‘coloured’ reflectives, where pigment is added to the ink; however, the reflective property of this ink is greatly diminished, because the coloured pigments cover up the reflective coating of the beads.

Another difference between a nylon catalyst and a coupler is that the nylon catalyst – once mixed with the ink – will become thicker, (that is, have a higher viscosity), and be unusable after a six to eight hour time frame. Typically, I find that the coupler additive doesn’t do that and there will be little difference in the viscosity of the mixed ink over the same amount of time. However, I do recommend adding more coupler each day the ink is used.

The 507 Optilux ink from ICC has shimmer mixed in. The left side is viewed in daylight, the right side with focused beam

One of the first things that needs to be addressed when printing with reflective inks is which mesh count to use. This determines the type of design, or detail, that can be printed. With the reflective ink that we manufacture here at International Coatings, we recommend a mesh starting at around the 140 tpi range.

This is finer than most, but due to the small size of the metallised glass beads that we use, we can create images that some only dream about. I have even gone up to a 200 mesh on some of our finer detailed jobs, but this is using the non-shimmer version of the reflective ink. The type containing the silver shimmer particles requires larger mesh openings to allow the silver shimmer particles to pass through.

One of the most common mistakes printers make when using a direct print reflective is to print an underbase. Never use an underbase and never print-flash-print. This is because part of the process in printing reflective directly onto a garment is that the clear part of the ink, the vehicle or carrier of the glass beads, should be pushed into the garment, thus allowing the beads to ‘float’ on top of the garment and allow the most reflectivity. If an underbase is used, the absorption of the bead carrier into the garment cannot happen and the print cannot achieve the optimal reflectivity. This is also true if the reflective ink is printed, flashed, and printed again. Instead, I suggest print stroking the ink twice without flashing and always using as much pressure as possible, which is the opposite to correctly printing standard inks.

Reflective ink is a great garment decorating tool, especially when the garment is used where a focused light beam can directed at it so the light is reflected. Potential garments range from T-shirts to jogging pants to jackets, while in terms of design, anything from a small logo to an all-over design works well using reflective ink.

What I truly love about this industry is that one can be an artist, mixing and matching inks and effects to see what unique things one can come up with. For example, we have been very successful using a combination of reflectives along with speciality glitter and metallic inks to achieve unique designs. Don’t be afraid to play. Most plastisol inks, regardless of the manufacturer, are pretty much interchangeable and will work together. 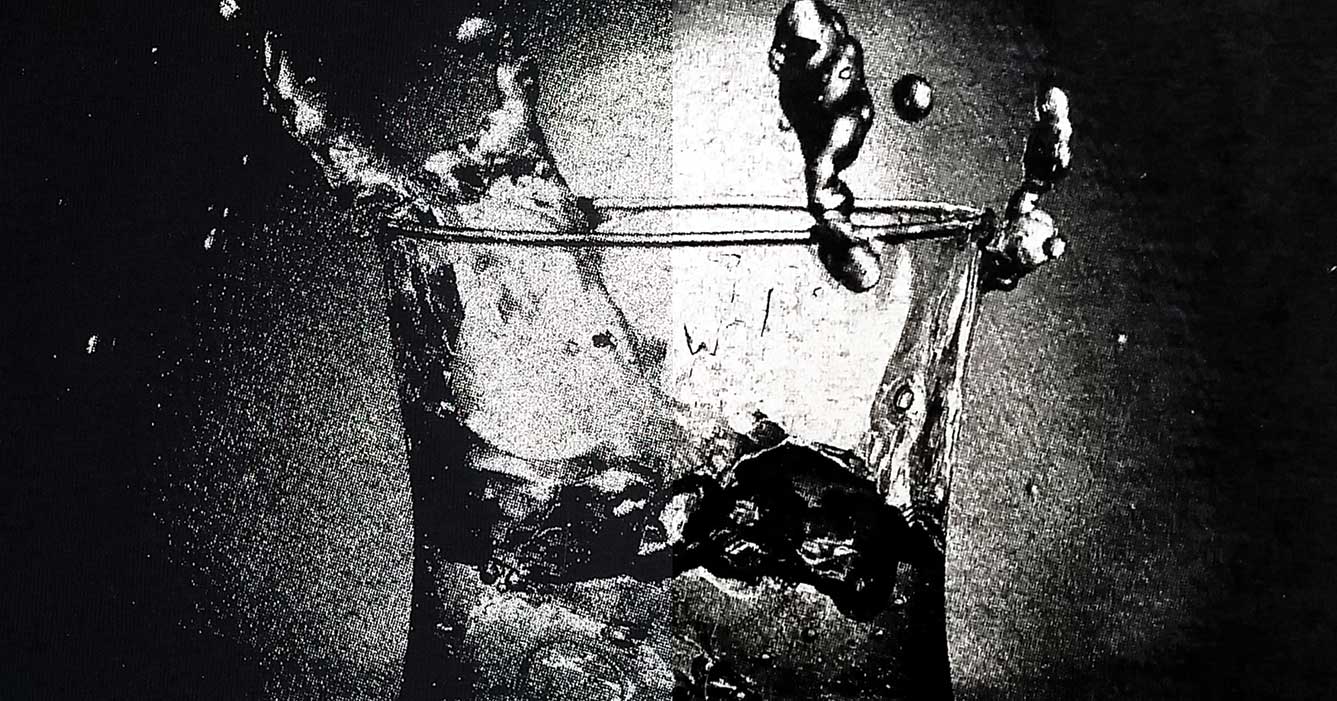 The left side of the image shows the detailed print in regular light; the right side with focused light beam

I often get asked by printers why their direct printed reflective design does not reflect as well as the safety stripes you can find on vests that the highway workers use.

Well, it’s a great question. Let me try and share what I know about that. The inks that we use to print directly onto the garments include beads floating in the ink that are facing any which way and the ones that reflect back are only the portion of the beads that happen to be facing the light. There is no way to get them all to align and face one way when they are suspended in the ink mixture.

The reflective tapes that the highway workers have sewn into their vests and jackets are specially made at a factory that aligns all the beads onto a flat surface before coating the side that is face up (which becomes the back side of the ‘mirror’) with a metallised coating. The beads are then all adhered to a substrate, such as the safety tape, with the coated-side down. The beads are all still aligned in the same direction and the part facing outwards is the clear glass part with the metallised coating in the back, just like a mirror. This tape is then sewn onto the safety garment with the aligned beads giving far greater reflectivity than the direct screen printed inks.

As with any new product, I highly recommend that you thoroughly test all the products before production. 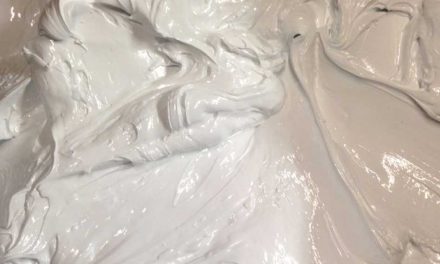 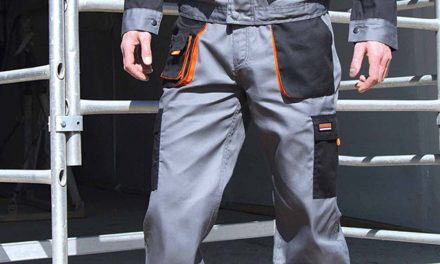 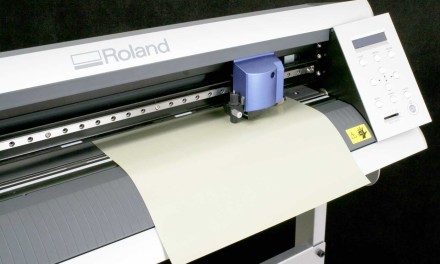 Sharpen up on cutter blade care 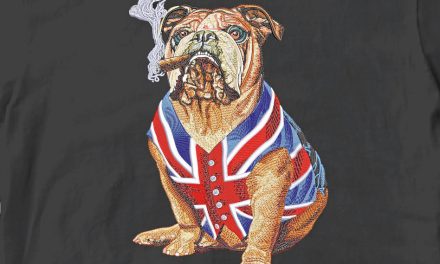 Anatomy of a print: Bulldog